There are photoreceptors, light sensitive cells, in the retina of vertebrates including humans. In humans, there are two types of photoreceptors: rods and cones. The cones are most sensitive to one of three different colors (green, red or blue) and the rods are most sensitive to light and dark changes. During the process of development, optical sensor proteins called ‘opsin’ with different wavelengths are expressed in three types of cone cells: red, green, and blue, as well as rod photoceptor cells, finalizing cell differentiation.

A group of researchers led by Associate Professor OMORI Yoshihiro, Graduate Student KUBO Shun, and Professor FURUKAWA Takahisa at the Institute for Protein Research, Osaka University, together with researchers from Nagoya University and RIKEN, clarified the epigenetic control system in retinal photoreceptor cells, demonstrating its importance in neural development.

It was not well-known whether the final differentiation of neuronal cells in the brain and retina is controlled by epigenetics. Epigenetic control is a mechanism for control and transmission of gene expression that is not caused by changes in DNA sequence and is deeply related to generation and differentiation of multicellular organisms and the onset of cancer and psychological disorders. It has been drawing attention as a mechanism for controlling the relationship between living organisms and their environment in recent years.

This group examined proteins that bond to Samd7, finding that an epigenetic repressive factor, polycomb repressive complex (PRC), bound to Samd7. The group also found that Samd7 regulated methylation and ubiquitination of histone and controlled at least 400 genes other than opsin, demonstrating that Samd7 played a critical role in establishing rod photoreceptor cell identity.

The study using knockout mice clarified that epigenetic control is necessary for establishing neuronal cell identities. This will become a big step toward the understanding of a mechanism behind the establishment of identities of retinal photoreceptor cells and neuronal cells. 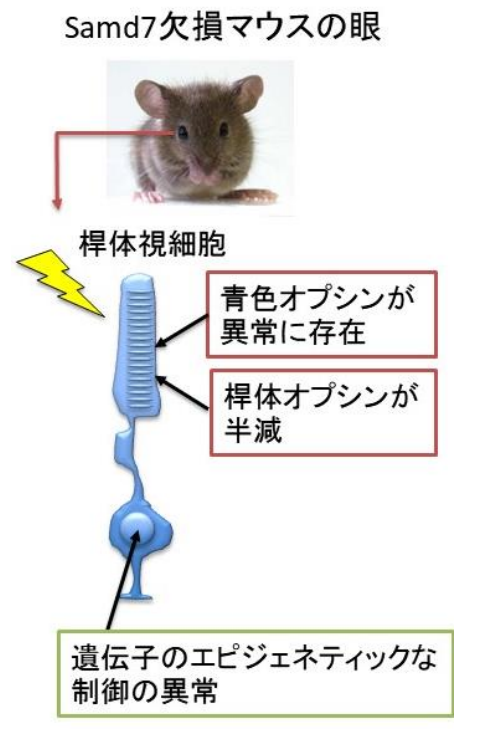 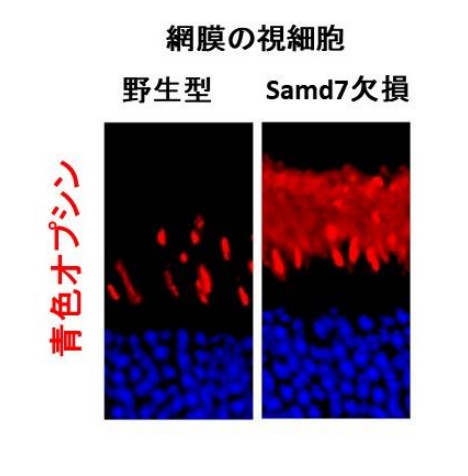 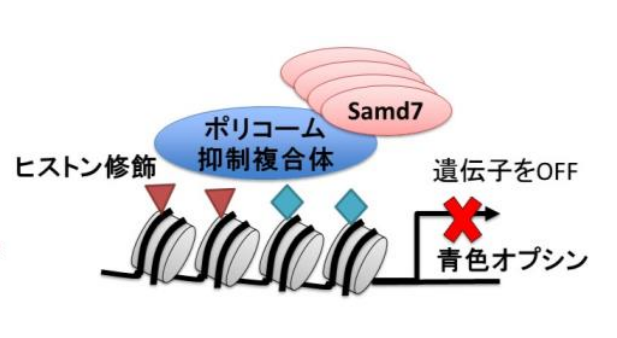 To learn more about this research, please view the full research report entitled " Samd7 is a cell type-specific PRC1 component essential for establishing retinal rod photoreceptor identity " at this page of the Proceedings of the National Academy of Sciences of the United States of America (PNAS) website.