Just in the NIK of time

In a recent article published in Hepatology, a group led by researchers at Osaka University investigated the molecular mechanisms that drive development of Intrahepatic cholangiocarcinoma (ICC) – a cancer which develops in bile ducts in the liver and has a poor prognosis and high mortality rate – and identified specific genes that could serve as therapeutic targets for novel ICC treatment.

ICC is usually diagnosed in the late stage because there is no screening program for this cancer nor any noticeable risk factors associated with it. Because the ICC incidence is nearly ten times higher than it was 30 years ago, there is an urgent need to uncover specific abnormalities in this cancer that may be utilized as targets for therapeutic drugs. In cancer biology, these targets are often genes/proteins that give the tumor its ability to grow out of control. The Osaka University group therefore aimed to identify candidate cancer genes (CCGs) linked to the development and progression of ICC tumors.

“In a previous study, our group used a technique called insertional mutagenesis in various cancer types to randomly introduce mutagenic transposons into different locations within the genome of lab mice,” says lead author of the study Yuto Shiode. “This helped us determine if disrupting a certain gene or other portion of DNA could lead to the development of cancer.”

Using this technique, the researchers focused on ICC that arose in these mice with deletion of PTEN, a known tumor suppressor of ICC. Sequencing of the nearly 400,000 unique genomic locations which were disrupted indicated that a gene called TRAF3 was pivotal in ICC development. The researchers then generated a strain of lab mice that had both TRAF3 and PTEN knocked out in their liver cells.

“The double knockout mice showed an overgrowth of a cell type called cholangiocytes, which are cells in the bile duct, and developed ICC,” explains senior author Takahiro Kodama. “Unexpectedly, deleting these two genes directly in cholangiocytes did not result in tumor formation, but deleting them in hepatocytes – another type of liver cell – did.”

Further investigation demonstrated that the cancer was derived from hepatocytes in which loss of TRAF3 and PTEN increased expression of a protein named NF-kB inducing kinase (NIK) causing them to transdifferentiate into cholangiocytes. Importantly, experimentally inhibiting NIK activity lessened cholangiocyte overgrowth.

“We inhibited NIK through several different methods, all of which suppressed growth of human ICC cells in culture and ICC tumors in a mouse model,” describes Shiode.

These intriguing findings helped determine that inactivation of TRAF3 in hepatocytes results in upregulation of NIK, leading to transdifferentiation of hepatocytes into proliferative cholangiocytes and the development of ICC. These data also provide strong evidence that blocking NIK activity may have clinical relevance and be the therapeutic intervention method that those suffering from ICC have needed for so long. 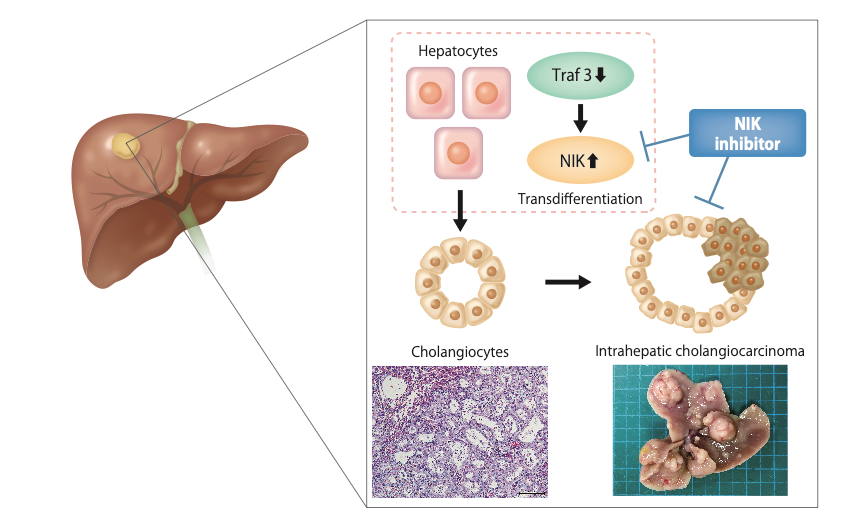 Figure 1. Novel mechanism of intrahepatic cholangiocarcinoma development through transdifferentiation of hepatocytes through dysregulation of TRAF3/NIK signaling.

Figure 3. Treatment with an NIK inhibitor significantly reduces the (A) cell proliferation of an intrahepatic cholangiocarcinoma (ICC) cell line and (B) tumor growth of ICC xenografts.

The article, “Traf3 inactivation promotes the development of intrahepatic cholangiocarcinoma via NIK-mediated hepatocyte transdifferentiation,” was published in Hepatology at DOI: https://doi.org/10.1002/hep.32317.