Will lead to early detection and treatment of lung cancer caused by PM2.5

SCLC is an aggressive form of lung cancer, with five-year survival rate for patients with SCLC in Japan at less than 10%. Smoking is strongly linked with SCLC, but air pollutants such as air particles with a diameter of less than 2.5 micrometers (PM2.5) are also thought to be high-risk factors for developing SCLC.

In most SCLC cases, the tumor has spread to other areas of the body when diagnosis is made. Initial treatment with anti-cancer drugs effectively suppresses SCLC; however relapse to forms resistant to therapy frequently occurs, leading to death. Thus, early diagnosis methods and effective treatment drugs have been anticipated.

A group led by Specially Appointed Associate Professor SHIMOJO Masahito from Osaka University found that SRRM4 played a role in the progression of malignant tumors in SCLC. As a method for suppressing specifically SRRM4 expression, the group developed gASO by using AmNA.

This group also found that the miR-4516, which is abnormally increased in exosomes in the blood of SCLC patients, decreased as treatment with gASO suppressed tumors in an SCLC model mouse, succeeding in the development of a new diagnostic method for evaluating the effects of nuclear acid medicines as well.

The World Health Organization (WHO) recognizes PM2.5 as a risk factor for developing lung cancer, and miR-4516 is increased in the blood of healthy individuals in areas polluted by PM2.5. Thus, this new method can be used not only as an early diagnostic method different from conventional ones, but also as companion diagnostics, or tests to identify patients most likely to benefit from specific treatments based on their own genetic makeup.

It is thought that SRRM4 is involved in castration-resistant prostate cancer (CRPC) and some malicious breast cancer; however, over the course of treatment, a majority of patients will become resistant to the medication. Nucleic acid medicine for SRRM4 will become a promising drug for treating these cancers as well. 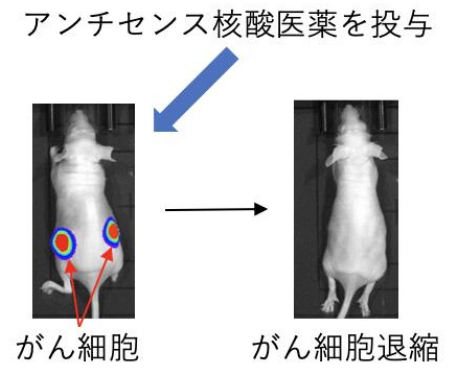 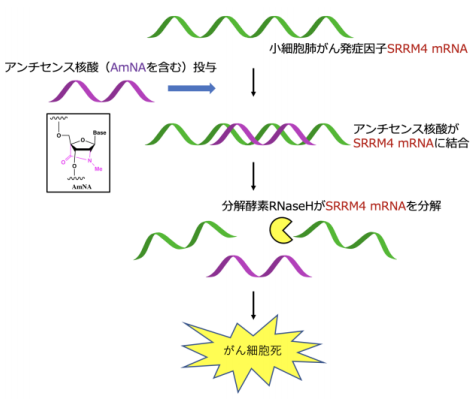 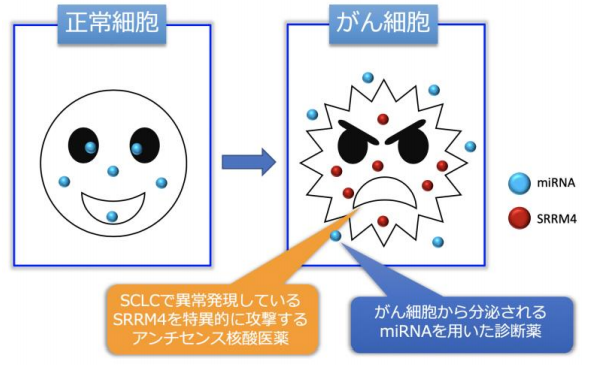