Assistant Professor TARUSAWA Etsuko and Professor YOSHIMURA Yumiko at the National Institute for Physiological Sciences, in joint research with Associate Professor HIRABAYASHI Masumi at the National Institute for Physiological Sciences and Professor YAGI Takeshi at the Graduate School of Frontier Biosciences, Osaka University, closely examined the process of formation of synaptic connections between neural cells derived from the same neural stem cell in mice and verified that neurons originating from the same stem cell preferentially formed synaptic connections.

This group clarified that the Dnmt3b-mediated regulation of gene expression during embryonic development predetermines lineage-specific connectivity in the postnatal cortex and that the clustered protocadherins (cPcdhs) contributed to postnatal cortical neuron identification to guide lineage-dependent synaptic connections in the neocortex.

Dnmt3b regulates expression of hundreds of kinds of genes. Of gene expression regulated by Dnmt3b, this group succeeded in identifying an important molecule to be involved in the formation of reciprocal synaptic connections between sister neurons in particular.

Mutations in Dnmt3b gene are thought to cause immunodeficiency, centromere instability and facial anomalies (ICF) syndrome. This group verified that gene mutation in cPcdhs is one of the factors in impairment of postnatal synaptic connections, which will lead to the clarification of mechanisms behind diseases associated with gene abnormality including ICF syndrome and the development of their therapeutic methods.

Abstract
Background
The specificity of synaptic connections is fundamental for proper neural circuit function. Specific neuronal connections that underlie information processing in the sensory cortex are initially established without sensory experiences to a considerable extent, and then the connections are individually refined through sensory experiences. Excitatory neurons arising from the same single progenitor cell are preferentially connected in the postnatal cortex, suggesting that cell lineage contributes to the initial wiring of neurons. However, the postnatal developmental process of lineage-dependent connection specificity is not known, nor how clonal neurons, which are derived from the same neural stem cell, are stamped with the identity of their common neural stem cell and guided to form synaptic connections.


Conclusions
Our results demonstrate that local, reciprocal neural connections are selectively formed and retained between clonal neurons in layer 4 of the barrel cortex during postnatal development, and that Dnmt3b and cPcdhs are required for the establishment of lineage-specific reciprocal connections. These findings indicate that lineage-specific connection reciprocity is predetermined by Dnmt3b during embryonic development, and that the cPcdhs contribute to postnatal cortical neuron identification to guide lineage-dependent synaptic connections in the neocortex. 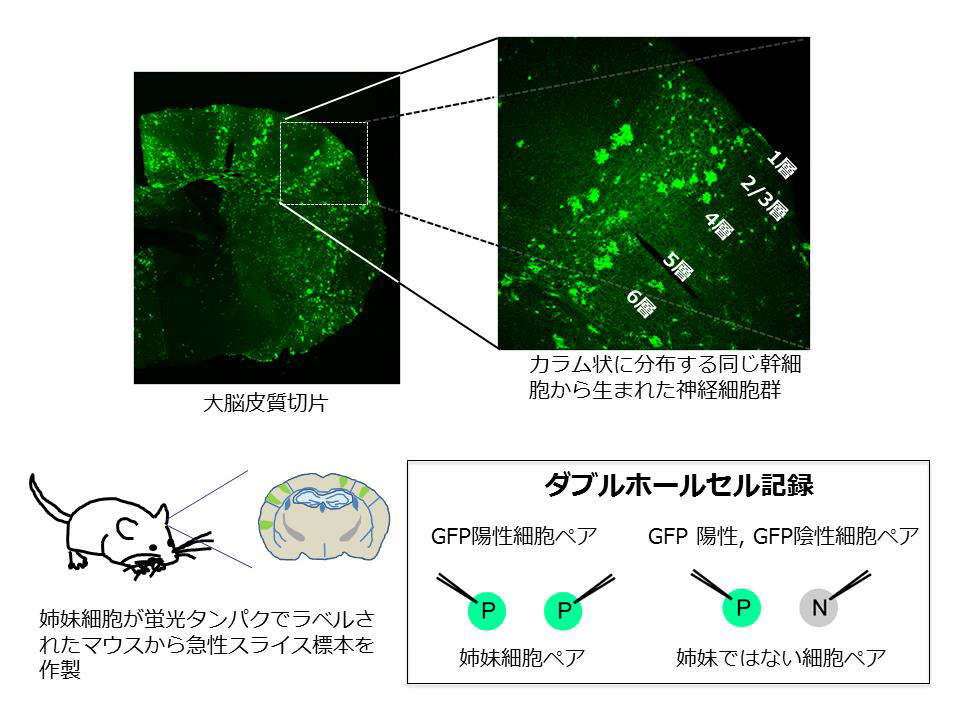 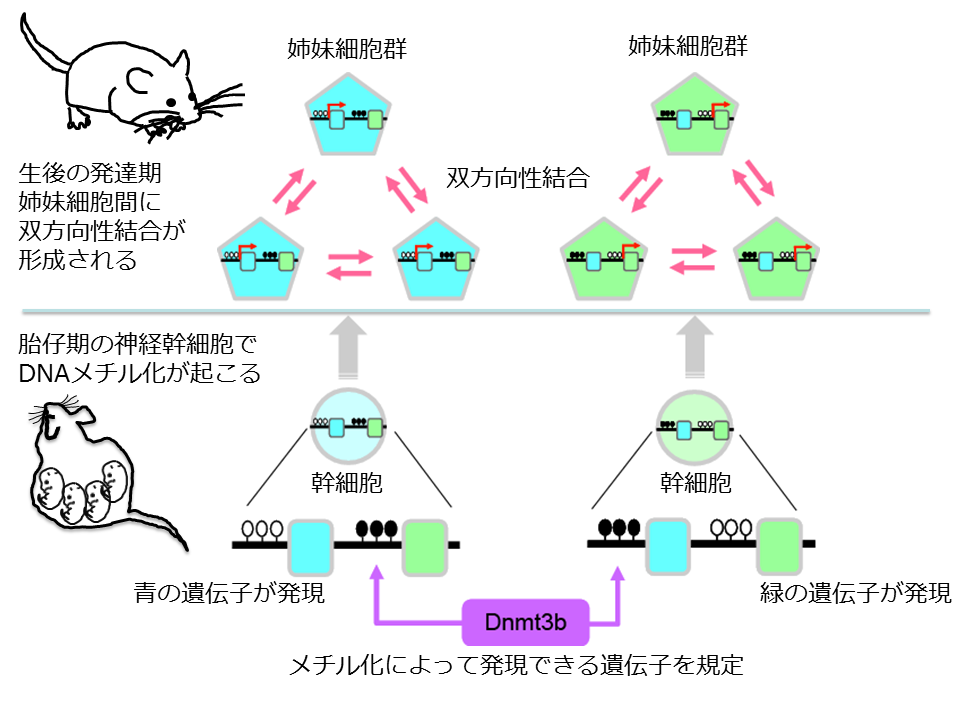 To learn more about this research, please view the full research report entitled “ Establishment of high reciprocal connectivity between clonal cortical neurons is regulated by the Dnmt3b DNA methyltransferase and clustered protocadherins ” at this page of the BMC Biology website.