The Faculty of Literature at Nishogakusha University and Ishiguro Laboratory at the Graduate School of Engineering Science, Osaka University, are involved in a joint research project entitled “Creation and Use of Human Robots in the Classroom,” in which an android modeled after NATSUME Soseki, a literary legend in Japan, is created in order to examine new types of literature and study how androids are accepted by society. They completed this android portrait of Soseki, which is capable of reading his books and delivering reproductions of his lectures. The attempt to let the android give lessons and lectures is the first in Japan and is an educational experiment no one has experienced.

This group plans to examine what educational effects will be brought about in an education site when the android portrait of Soseki, a well-known literary legend in Japan, appears and reads his work or delivers his lectures. Under the supervision of Professor ISHIGURO Hiroshi at the Graduate School of Engineering Science, Osaka University, researchers at the Faculty of Literature at Nishogakusha University investigated the biography and physical characteristics of NATSUME Soseki, producing this android portrait of Soseki based on his portrait at around age 45, which can be found on the former 1,000-yen note and is familiar to most people in Japan.

While developing software (programs for classes and lectures) to be installed in the completed android portrait of Soseki, this group will promote research on his work, as well as characteristics of his way of speaking and body movement, advancing a new type of research on shaping the picture of Soseki that the researchers define. This group will also study the use of androids while verifying how the android portrait of Soseki is accepted by society and what role it will play. 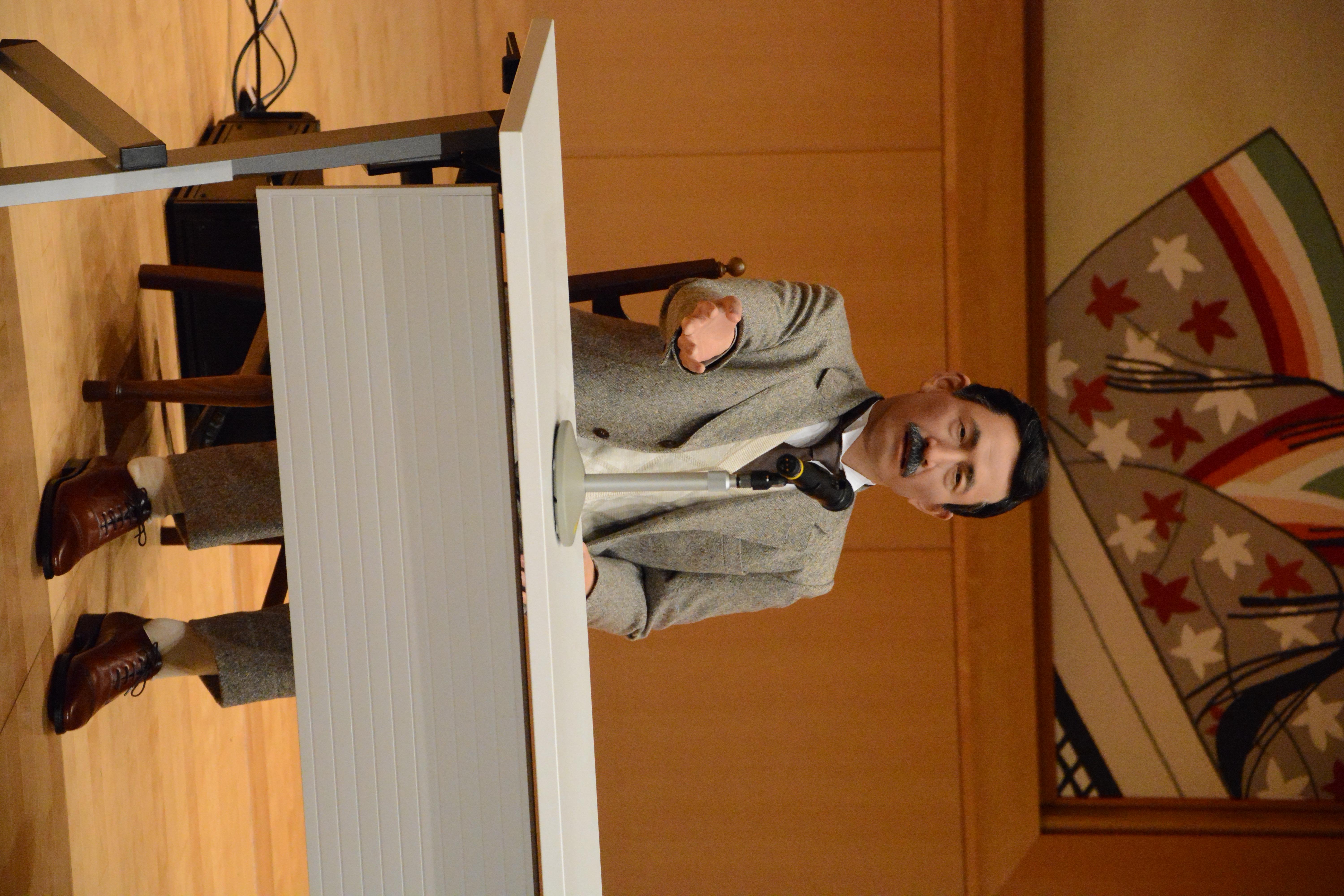