This group developed construction robots for disaster relief in order to solve various challenges of conventional construction machines used in such situations. Using a prototype machine with elemental technologies under development, verification tests were performed on places that represented disaster sites, and a certain level of performance was confirmed. This prototype looks like an ordinary hydraulic shovel, but, specifically, has the following elemental technologies:

1. Technology for quickly and stably controlling heavy power machines with high inertia by achieving target values regarding location and speed through fine tuning and by controlling pressures on a cylinder at high speeds.

2. Technology for estimating external load of multiple degree of freedom (DOF) hydraulically-driven robot from oil pressure of each hydraulic cylinder. The estimated force will be used for force control or force feedback to the operator of tele-operated rescue robots.

3. Technology for measuring high frequency vibration by a force sensor installed at the end effector of the robot and giving the operator vibrotactile feedback.

4. Technology for flying a multi-rotor unmanned aircraft vehicle UAV (“drone”) to the place of the operator’s choice and obtaining image information. Long flights and pin-point landing of the drone are available due to power supply through electric lines and a power-feeding helipad for tethering the drone.

5. Technology for presenting the operator images of an overhead view from an arbitrary place by using 4 fish-eye cameras mounted on the robot in real time so that the operator can assess the area surrounding the robot.

6. Technology for using a far-infrared ray camera capable of viewing with long-wavelength light so that the operator can operate the robot while assessing the situation even under bad weather conditions like fog.

In addition to the above-mentioned technologies, this group is developing several useful elemental technologies and making efforts to improve their technical performance. They are also developing new robots with a double rotation mechanism and double arms with the purpose of achieving higher operability and terrain adaptability. 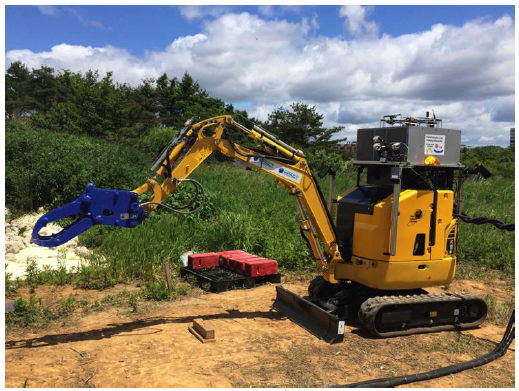 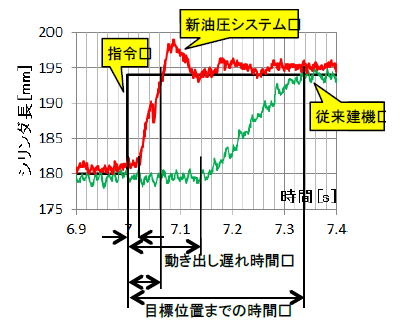 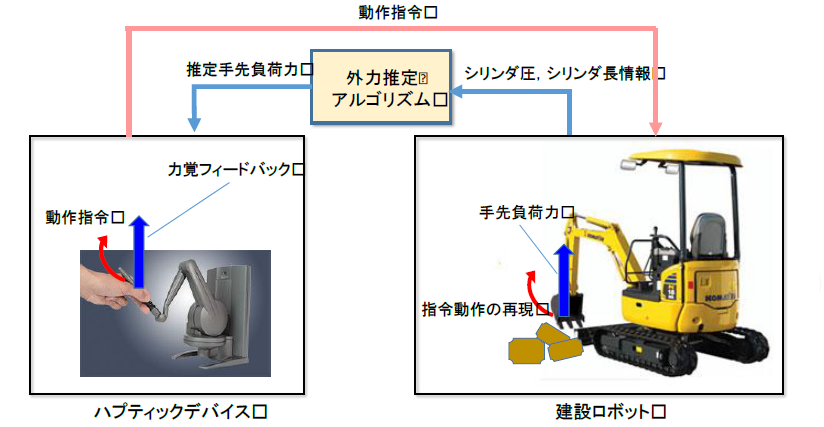 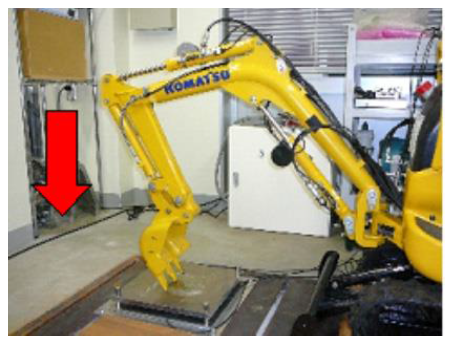 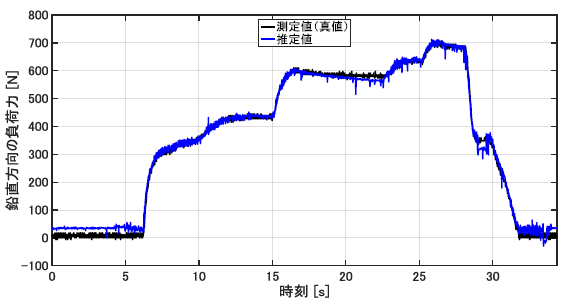 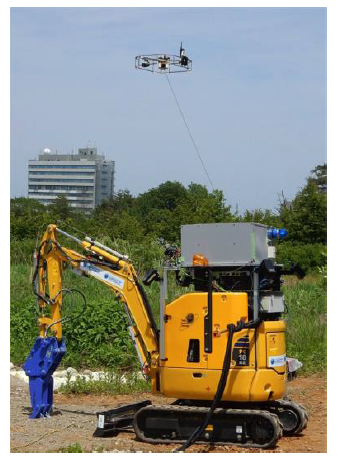 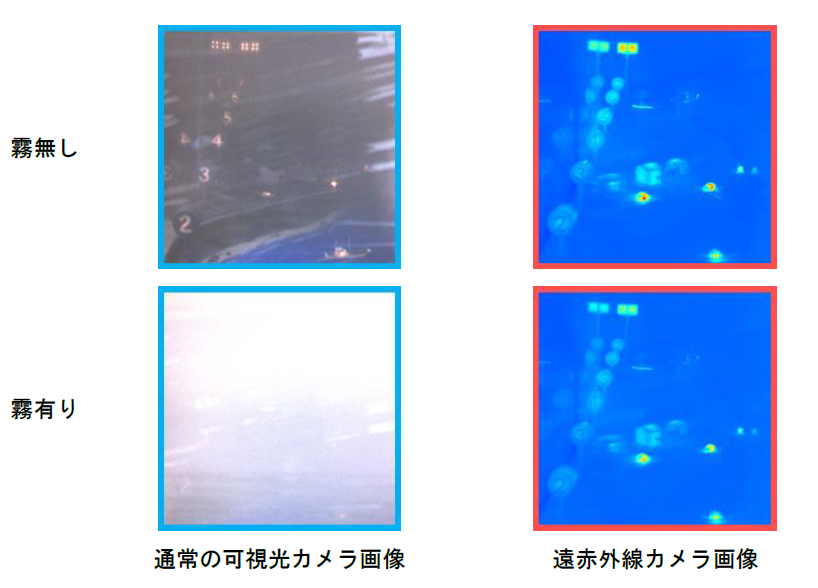 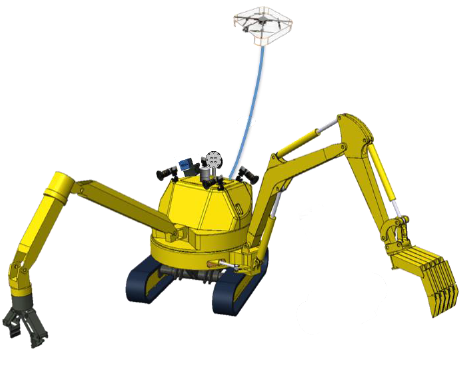