Will lead to the dissemination of next-generation power generation systems

Hydrogen oxidation reaction (HOR), is a very important reaction at fuel electrodes for polymer electrolyte fuel cells (PEFCs), whose practical utilization in stationary fuel cells for home appliances and vehicles is growing. However, the option of a catalyst material that facilitates hydrogen oxidation at a practical speed and efficiency is limited to platinum (Pt), which is rare and expensive, so reducing the loading amount of Pt is an urgent issue.

Increasing the number of effective Pt atoms (the number of Pt exposed on the surface) by reducing the size of a Pt particle is an effective approach for reducing Pt usage, with the ultimate form of this being material with Pt dispersed at a single-atom level. However, it’s very difficult to disperse supported Pt in the form of single atoms onto electrode substrates because Pt particles tend to clump together,  which has been a great challenge in reducing the usage of Pt.

In 2014, a group of researchers led by Assistant Professor KAMIYA Kazuhide and Professor NAKANISHI Shuji at the Research Center for Solar Energy Chemistry, Osaka University, succeeded in making Pt work as an oxygen reduction electrocatalyst. This was achieved by dispersing single Pt atoms on Covalent Triazine Frameworks (CTFs), which are crosslinked porous polymers with two-dimensional molecular structures, through the use of nitrogen atoms. This is platinum-modified CTF (Pt-CTF).

A research group led by these professors, together with The University of Tokyo, National Institute for Materials Science (NIMS), and Panasonic Corporation, examined whether HOR was facilitated by using Pt-CTF. Furthermore, using Pt-CTF, this group also developed fuel electrodes capable of working with reduced amounts of platinum, evaluating the output characteristics of PEFC. As a result, this group found that atomically dispersed Pt-CTF functioned as an excellent oxygen reduction electrocatalyst and, based on this finding, developed fuel electrodes for PEFC.

In these newly developed fuel electrodes, the usage of Pt was reduced by some 80 percent compared to conventional fuel electrodes supported by Pt nanoparticle catalysts. It is hoped that these research results will facilitate the dissemination of PEFCs that are hailed as a next-generation power generation system.

Reducing the use of platinum (Pt) on polymer electrolyte fuel cell anodes is critical for the widespread dissemination of these energy conversion systems. Although Pt usage can be minimized by the even dispersion of isolated Pt atoms, no atomically dispersed Pt catalysts that promote hydrogen oxidation at a rate required for practical fuel cells have been reported to date. Covalent triazine frameworks with atomically dispersed Pt atoms (0.29 wt %) are described and it is demonstrated that the material has a high electrocatalytic hydrogen oxidation activity without an overpotential. Importantly, when the loading amount was increased to 2.8 wt %, the electrocatalytic hydrogen oxidation activity of the resulting electrode was comparable to that of commercial carbon supported 20 wt % Pt catalysts, and the catalytic activity for oxygen reduction was markedly reduced. Thus, Pt-modified covalent triazine frameworks selectively catalyze hydrogen oxidation, even in the presence of dissolved oxygen, which is critical for limiting cathode degradation during the start–stop cycles of fuel cells. 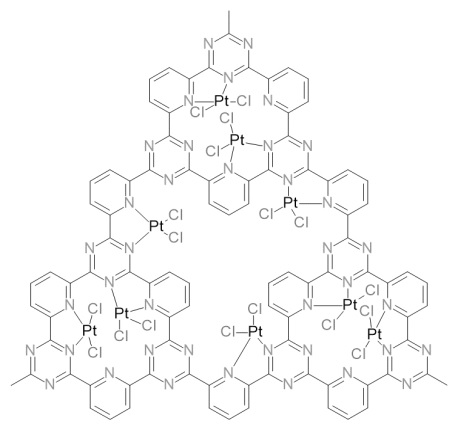 To learn more about this research, please view the full research report entitled “ Oxygen-tolerant electrodes with Pt-loaded covalent triazine frameworks for thehydrogen oxidation reaction ” at this page of the Angewandte Chemie website.