Conventional guiding principles for designing thermoelectric materials aimed at achieving a high dimensionless figure of merit (zT) by separately controlling electrons and phonons; however, materials with a high Seebeck coefficient, high electric conductivity, and low thermal conductivity at low temperatures at which superconductivity was observed have not been discovered.

In order to increase the thermoelectric conversion efficiency, it is necessary to find materials with high Seebeck coefficient (thermoelectric power per temperature difference), high electric conductivity, and low thermal conduction. For reducing the thermal conductivity, it’s necessary to control heat carried by crystalline lattice vibration (phonon) so that phonons can scatter.

This research group found that the thermoelectric effect greatly improved by increasing the size of a high-purity single crystal of FeSb 2 and that this was caused by the phonon-drag effect due to the interaction between the crystal lattice vibration (phonon) and the electron. This group also found that the electron-phonon interaction (phonon-drag effect) significantly appeared when the electron effective mass was large. This group’s research results will provide a clear guiding principle for designing thermoelectric materials that can demonstrate high performance at low temperatures.

Phonon transport is an essential property of thermoelectric materials. Although the phonon carries heat, which reduces the thermoelectric efficiency, it contributes positively to the Seebeck coefficient S through the phonon-drag effect, as typified by the high-purity semiconductors, which show fairly large S at cryogenic temperatures. Although such a large S is attractive in terms of Peltier cooling, a clear guiding principle for designing thermoelectric materials enriched by the phonon-drag effect remains to be established. Here we demonstrate that a correlated semiconductor, FeSb 2 , is a promising thermoelectric material featuring quasi-ballistic phonons dragging d electrons with large effective mass. By changing the sample size within the sub-millimetre order for high-purity single crystals, we succeed in substantially increasing S to as much as −27 mV K −1 at low temperatures. Our results exemplify a strategy for exploring phonon-drag-based thermoelectric materials, the performance of which can be maximized by combining heavy electrons with ballistic phonons. 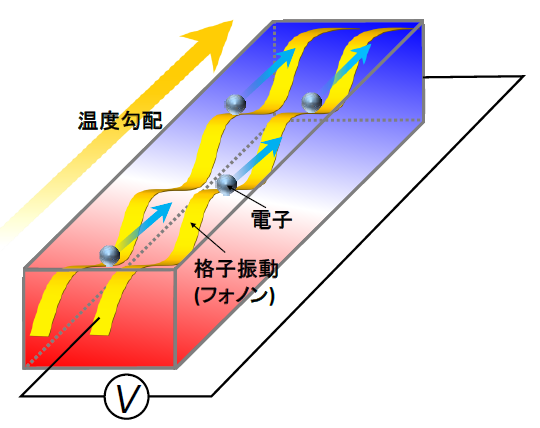 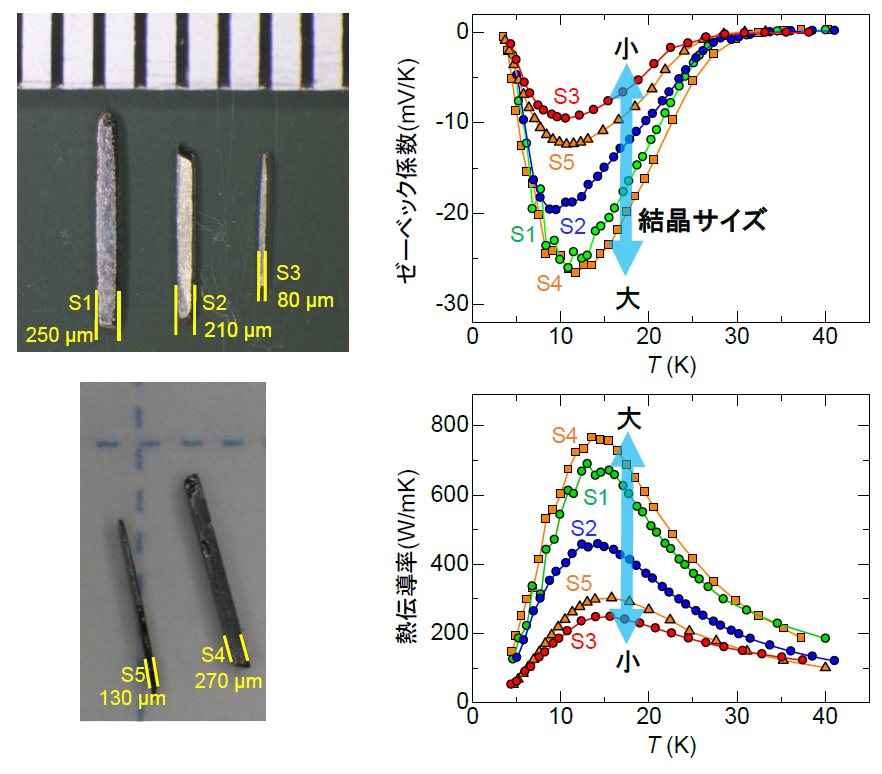 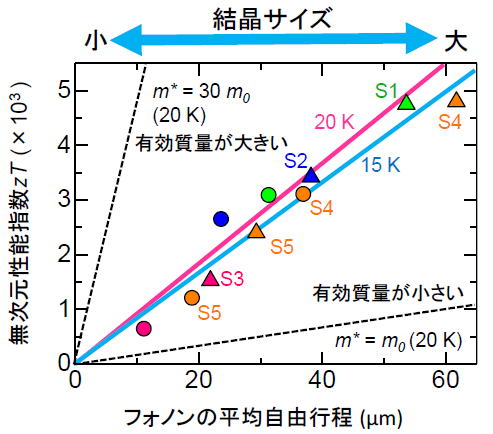 To learn more about this research, please view the full research report entitled “ Colossal Seebeck effect enhanced by quasi-ballistic phonons dragging massive electrons in FeSb 2 ” at this page of the Nature Communications website.