Successfully observation of the Haldane effect

Haldane magnets have been observed only in compounds where nickel ions formed chains in the 3D crystal structure.

This group was able to array oxygen molecules in a chain inside SWCNTs. That is, this group succeeded in the formation of a spin-1 one-dimensional Heisenberg antiferromagnet, known as a Haldane magnet.

SWCNTs have a one dimensional cavity, a kind of tunnel with a diameter of one or a few molecules. If molecules or atoms are encapsulated in this cavity, wire-like matter with interesting properties, for example, nanowires of metal, dielectrics, magnets, or thermoelectric conversion materials, can be produced. They can, theoretically, be useful in various applications; however, except for ice nanotubes, satisfying results have not been obtained. Thus, this joint group decided to make a new type of magnet by encapsulating oxygen molecules in SWCNTs.

The oxygen molecule is a unique magnetic homonuclear diatomic molecule with spin-1. The group from Graduate School of Science and Engineering, Tokyo Metropolitan University, examined how oxygen molecules were arrayed in SWCNTs of different diameters through classical molecular dynamics calculations. This group expected that in SWCNTs with small diameters, oxygen molecules would be arrayed in one dimension and a Haldane state where the susceptibility vanishes would be realized at low temperatures with prepared samples.

The group from Center for Advanced High Magnetic Field Science, Osaka University, conducted experiments for measuring magnetization of these samples in a pulsed high magnetic field. The Haldane state was observed until a certain level in the magnetic field, but magnetic properties were recovered in a field possessing greater magnetization. By comparing the values they found with calculated results by the group from Niigata University, the group from Osaka University found they had obtained good results, demonstrating these samples were Haldane magnets.

We report on the results of X-ray diffraction (XRD), magnetic susceptibility, and high-field magnetization measurements of oxygen molecules, which are unique magnetic homonuclear diatomic molecules with spin-1, encapsulated in single-walled carbon nanotubes (SWCNTs) with diameters of about 0.8 nm. Antiferromagnetic interactions between neighboring oxygen molecules are expected in SWCNTs, resulting in the formation of a spin-1 one-dimensional Heisenberg antiferromagnet, known as a Haldane magnet. The XRD pattern can be predicted accurately by considering the expected oxygen molecule alignment. The temperature evolution of the magnetic susceptibility and the high-field magnetization curve are typical of those for a Haldane magnet with spin-1. The results indicate that the Haldane state has been realized in a nanospaced material for the first time. This provides an alternative to the conventional condensed matter approach to forming quantum spin systems. 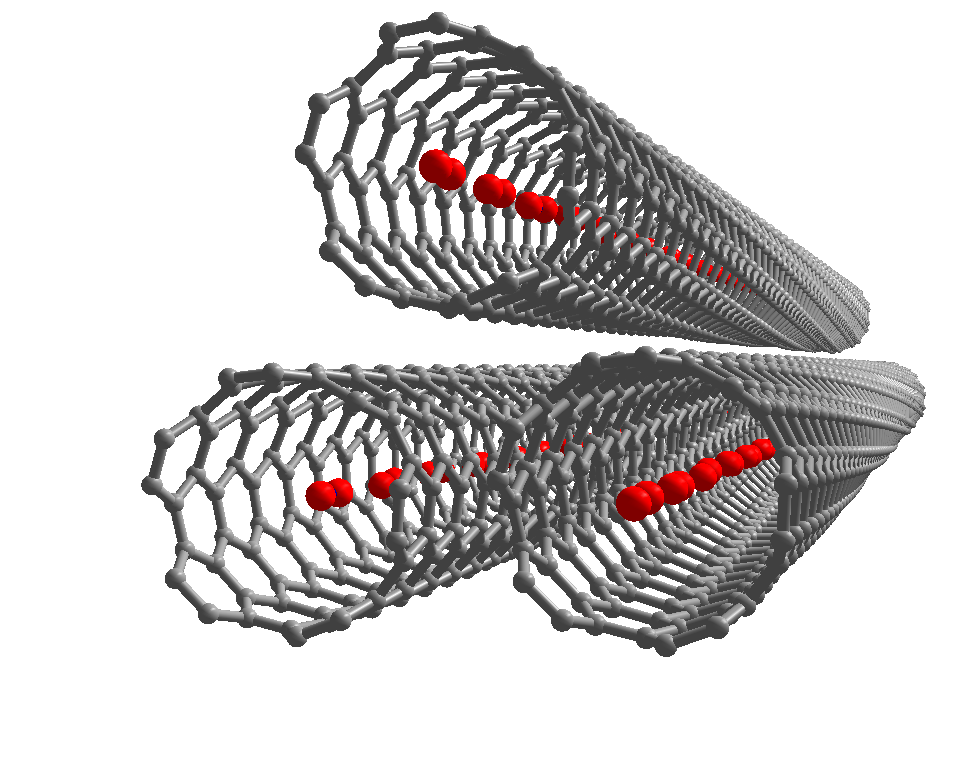 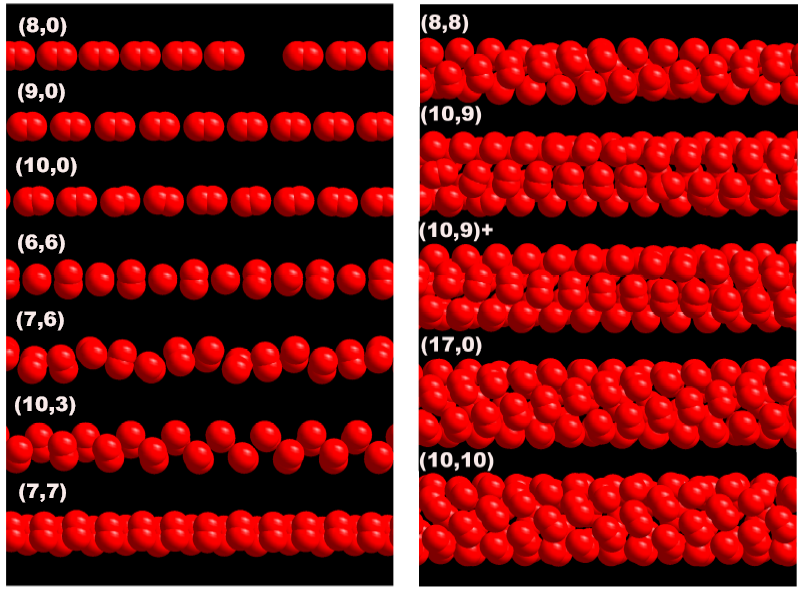 To learn more about this research, please view the full research report entitled " Haldane State Formed by Oxygen Molecules Encapsulated in Single-Walled Carbon Nanotubes " at this page of the Journal of the Physical Society of Japan website.