Researchers at Riken succeeded in observing the process of two photon absorption, the simultaneous absorption of two photons of X-ray by a germanium atom, by making use of the X-ray free electron laser (XFEL) facility, SACLA (SPring-8 Angstrom Compact Free Electron Laser).

Objects are "colored" in relation to the frequency of the light they reflect -- all other frequencies are absorbed by the object. Absorption takes place when atoms absorb the photons striking them, a process that happens not only with photons of visible light but also with photons in the x-ray spectrum. However, if the x-rays are very strong, or if a large amount of x-ray photons are focused into a narrow beam, it becomes possible to make an atom absorb two x-ray photons at the same time, non-sequential multiphotons, by causing two photons to strike an atom within a few hundred zeptoseconds of one another. However, the absorption rate of x-ray photons is lower by more than 10 orders of magnitude than that of photons in the visible light spectrum making this achievement very difficult to realize.

This group narrowed an x-ray beam of SACLA to some 100nm and irradiated germanium samples with the ultrahigh-strength x-rays, thereby succeeding in achieving two-photon absorption by the germanium. This group also clarified that the destruction of an object by ultrahigh-strength x-rays proceeds on a femtosecond time scale. Moreover, they succeeded in obtaining information on the properties of the material before it was broken by means of a computer simulation of the breakdown process. This group's achievement is an important step in non-linear optics in the x-ray spectrum. The group demonstrated a method for obtaining information on the sample before its breakdown by using x-rays that were strong enough to destroy the sample itself. This group's achievement will make possible a wide range of research including structural analysis of microscopic protein crystals with XFEL.

The success of X-ray free-electron lasers (XFELs) has extended the frontier of nonlinear optics into the hard X-ray region. Recently, sum-frequency generation has been reported, as well as parametric downconversion. These are of the lowest (second) order, and higher-order processes remain unexplored. Here, we report the first observation of a third-order process: two-photon absorption of a 5.6 keV XFEL beam by germanium. We find that two-photon absorption competes with single and sequential multiphoton processes, but we successfully determine the intrinsic cross-section by analysing the pulse-energy dependence. We also discuss the two-photon absorption cross-section by comparing a new mechanism unique to X-rays with the conventional mechanism and show that the latter is consistent with the present result. The experimental determination and understanding of the cross-section would allow two-photon absorption spectroscopy. Our result indicates that X-ray analogues of other third-order nonlinear optical processes, such as nonlinear Raman and optical Kerr effects, are available for XFEL applications in spectroscopy, imaging and beam control. 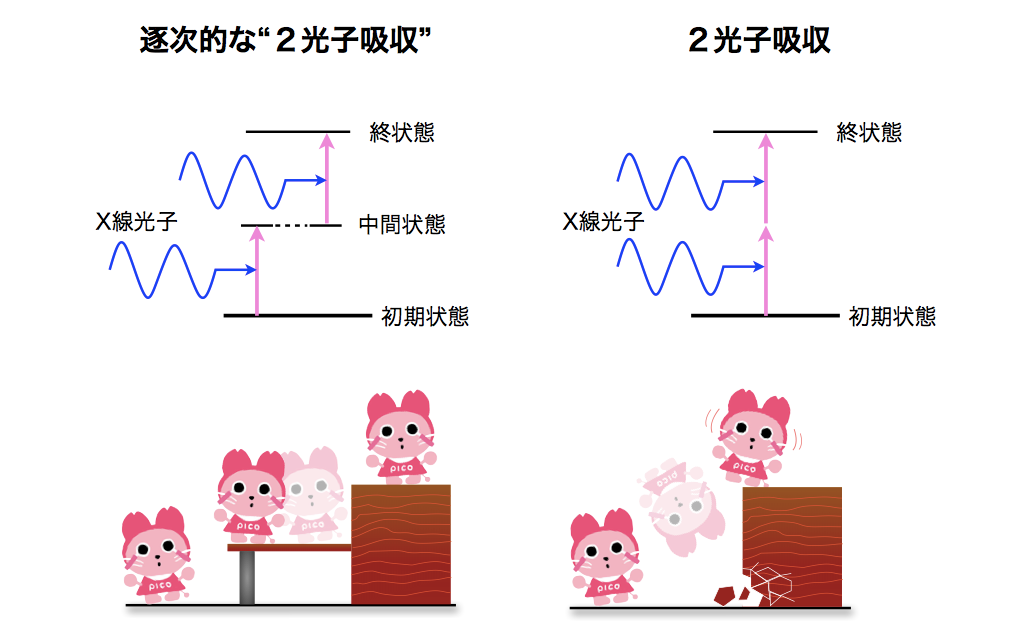 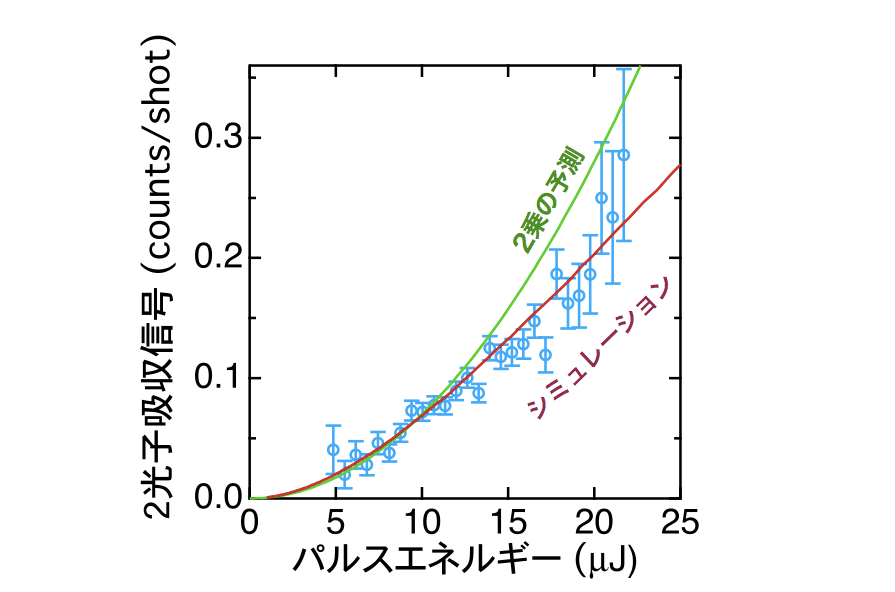 To learn more about this research, please read the full research report entitled " X-ray two-photon absorption competing against single and sequential multiphoton processes " at this page of the Nature Photonics website.