In a study published in eLife at DOI: https://doi.org/10.7554/eLife.66721, researchers from Osaka University revealed a previously unknown mechanism for metastasis of pancreatic cancer that could be used as a therapeutic target.

“We discovered that ARL4C localized to so-called invasive pseudopods – functionally analogous to, but structurally distinct from invadopodia – at the cell surfaces,” explains Akikazu Harada, lead author of the study. Invadopodia are well-characterized feet-like extrusions arising from a cell’s ventral surface that cancer cells use to invade other tissues. Conversely, invasive pseudopods are longer and have a larger diameter than invadopodia, and are extended from the front end of the cell. “In these pseudopods ARL4C recruited another protein called IQGAP1 – that is also highly expressed in numerous cancers including pancreatic cancer – which transported an enzyme called MMP14 to the pseudopods allowing the cancer cell to break into and invade the collagen gel or extracellular matrix.”

Once this novel mechanism was revealed, the researchers wanted to harness this new knowledge for therapeutic purposes. Specifically, they adopted an oligonucleotide therapy approach using antisense oligonucleotide or ASO. These are short molecules of single-stranded DNA that act inside the cell to influence – in this case, block – protein production. “An ASO targeted against ARL4C was able to suppress the lymph node metastases of pancreatic cancer cells implanted into the pancreas of an immunodeficient mouse,” says Akira Kikuchi, senior author of the study. If ARL4C is blocked, the cancer cells are less aggressive and less likely to spread. Although only preliminary, these findings open up promising novel therapeutic avenues for this extremely aggressive cancer and shed light on its mechanism of metastasis. 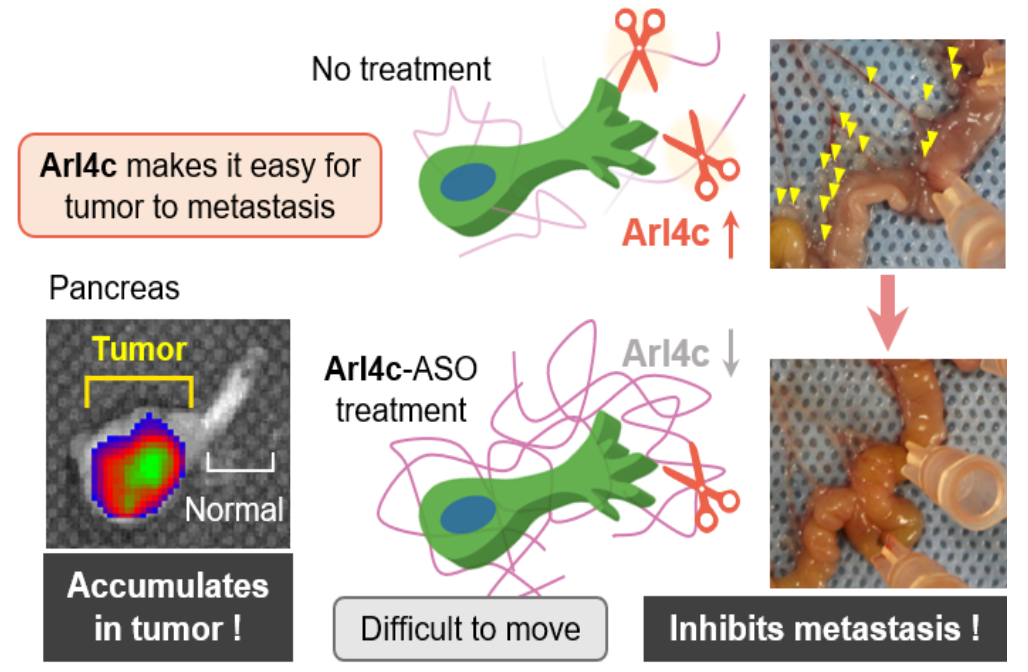 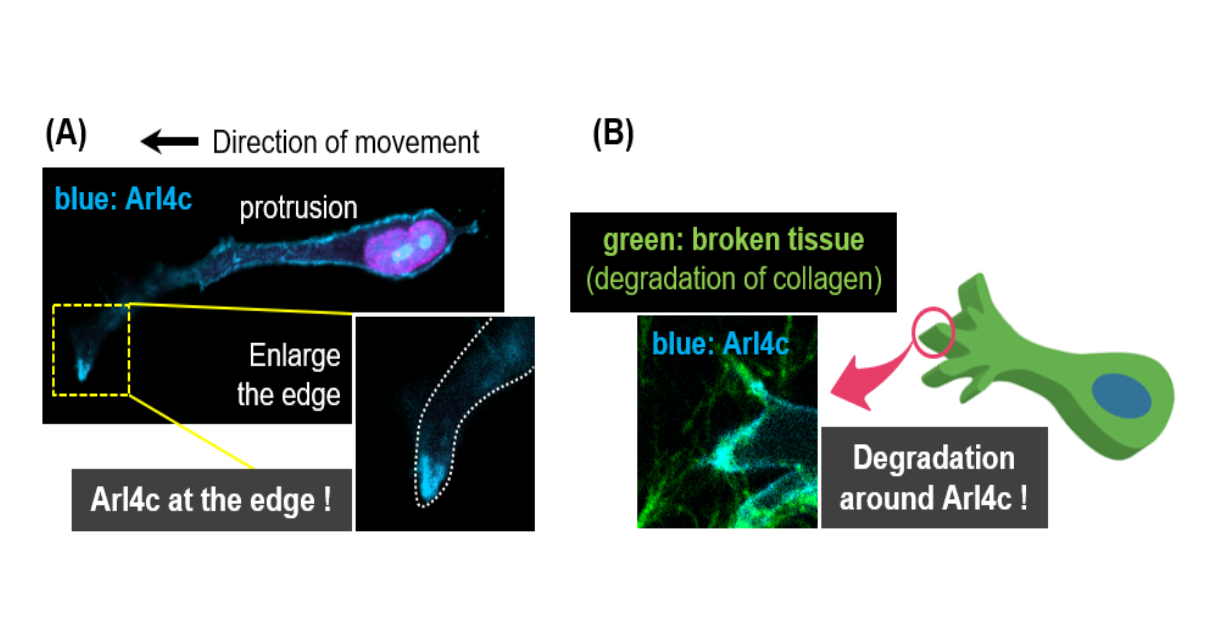 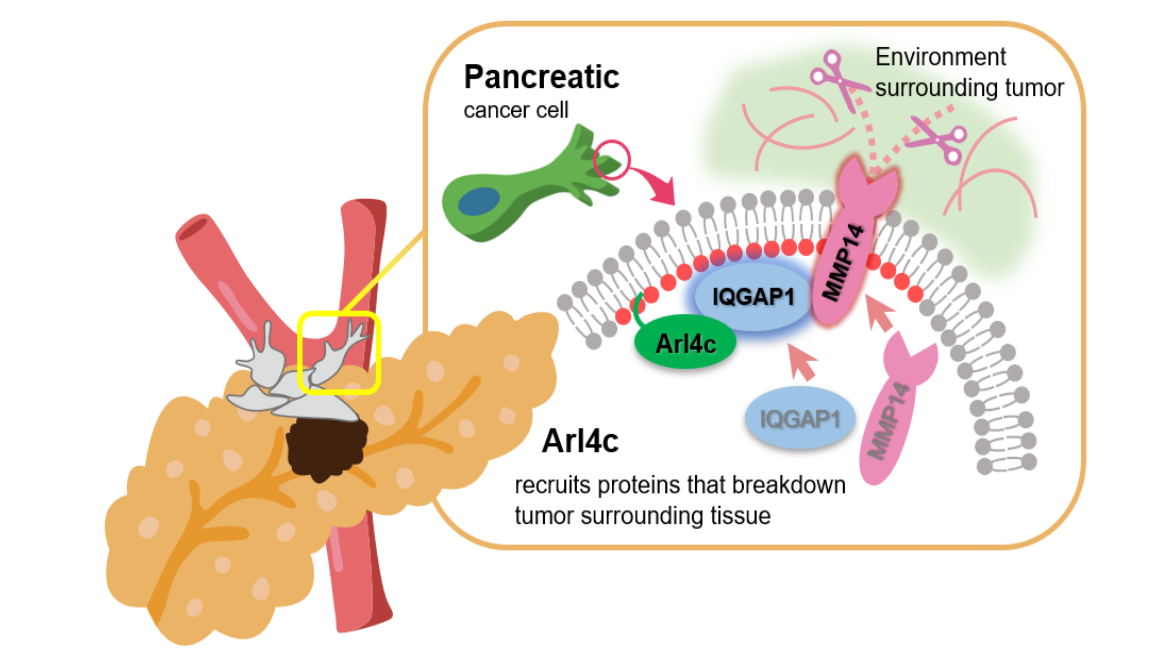