Can be applied to flexible electronics

A group of researchers from The University of Tokyo, Tokyo Institute of Technology, and Osaka University developed a new technique for forming few-layer molecular films, similar to self-assembled monolayers (SAMs), on plastic substrates, applying the technique to organic integrated circuits.

In the field of flexible electronics, applications to flexible displays and large area sensors are being studied. This group has developed low-voltage organic transistors and integrated circuits by using aluminum oxide films and SAMs. However, aluminum oxide films were harder than organic polymer films such as plastic films.

In existing organic transistors with a gate insulating film made of metal oxide, the modification by SAM treatment improves the characteristics of the metal surface and forms an organic semiconductor layer with high crystallinity, which enhances the performance of a device. However, when a polymer film is used for a gate insulating layer, SAMs cannot be used because the surfaces of polymer substrates are composed of randomly oriented polymer chains and there are no particular anchoring sites for specific binding with any organic functionality. Thus, it was difficult to enhance the performance of flexible devices using a polymer insulation film.

In addition, this group grew organic semiconductor (Dinaphtho[2,3-b:2',3'-f]thieno[3,2-b]thiophene (DNTT)) on the few-layer triptycene films and found that the triptycene films significantly improved the crystallinity of an organic semiconductor. The use of this technology in organic thin-film transistors and integrated circuits exhibited a high carrier mobility and low threshold voltage. Using 30nm polymer (parylene) and 5nm triptycene films, this group constructed organic complementary ring oscillator circuits, which operated stably even at a low voltage of 0.8. The oscillation speed of this organic complementary ring oscillator circuits was more than 4 times faster than that of oscillator circuits that were constructed with conventional aluminum oxide films and SAMs.

This group developed a technique to form few-layer films on various substrates and applied it to flexible electronics. As the terminal groups of triptycene used in this study can be modified to various functional groups, if tripycene is appropriately designed, it will become possible to add functionality to polymer substrates and achieve high-function flexible electronics with various properties.

In organic electronics the functionalization of dielectric substrates with self-assembled monolayers is regarded as an effective surface modification strategy that may significantly improve the resulting device performance. However, this technique is not suitable for polymer substrates typically used in flexible electronics. Here, we report organic modifiers based on a paraffinic tripodal triptycene, which self-assembles into a completely oriented two-dimensional hexagonal triptycene array and one-dimensional layer stacking structure on polymer surfaces. Such few-layer films are analogous to conventional self-assembled monolayers on inorganic substrates in that they neutralize the polymer surface. Furthermore, the triptycene films significantly improve the crystallinity of an organic semiconductor and the overall performance of organic thin-film transistors, therefore enabling the fabrication of high-performance organic complementary circuits on polymer substrates with high oscillation speeds and low operation voltage. 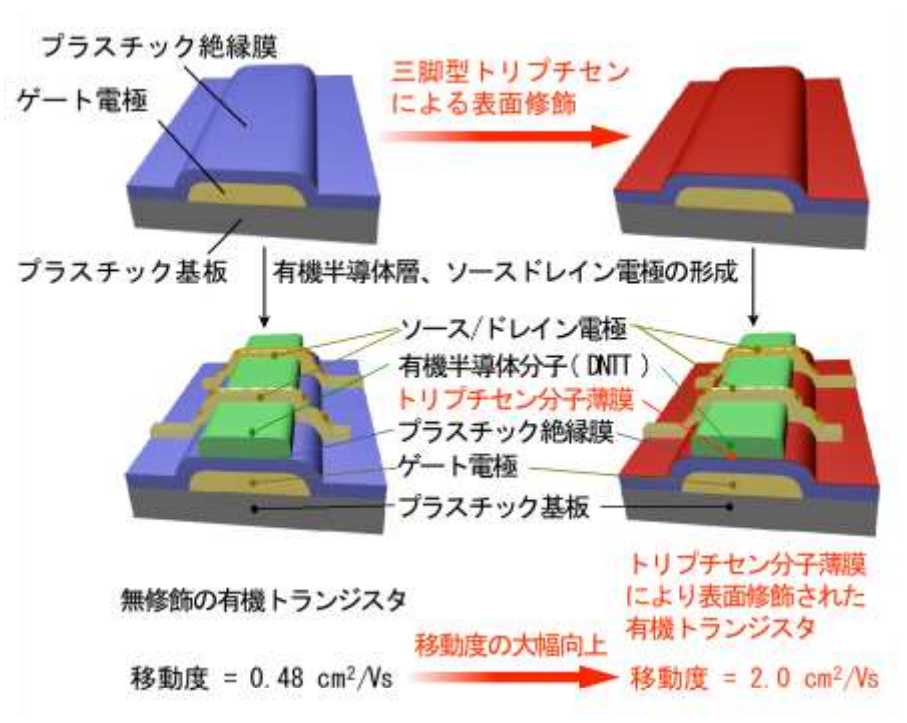 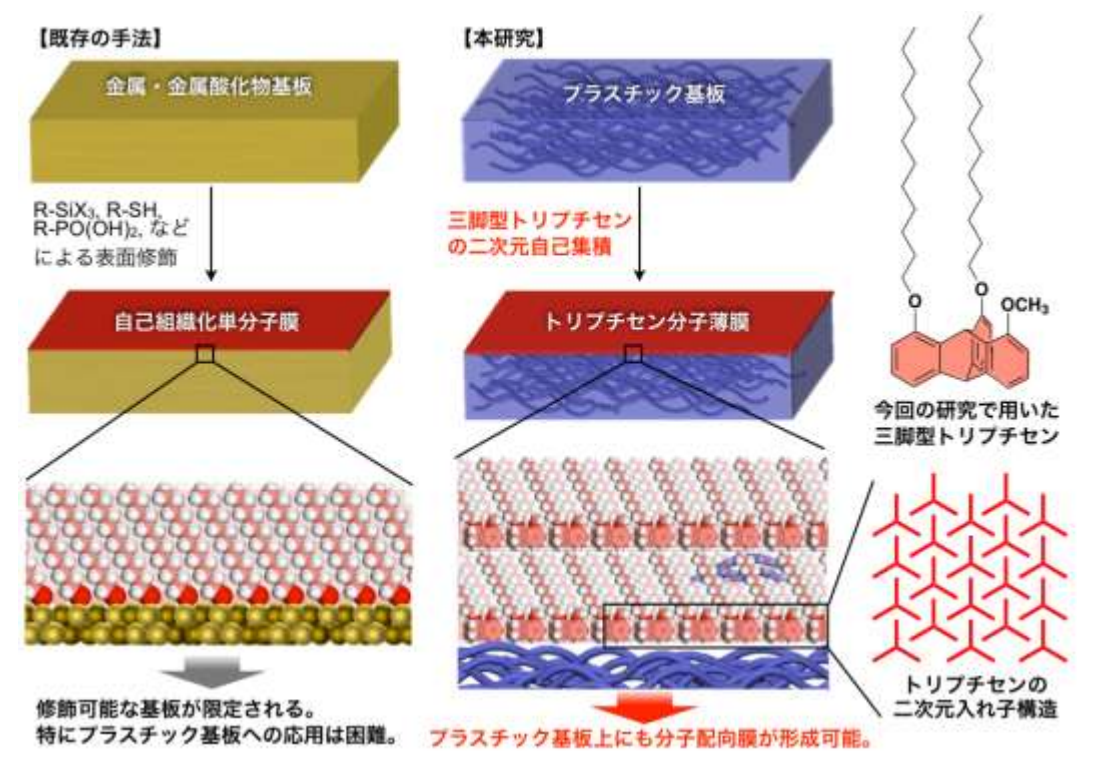 To learn more about this research, please view the full research report entitled " A Few-Layer Molecular Film on Polymer Substrates to Enhance the Performance of Organic Devices " at this page of Immunity .