Spin transport in germanium, a material for next-generation semiconductor, elucidated

A step toward high-speed low-energy consumption of semiconductors

A joint group of researchers led by Professor HAMAYA Kohei at the Graduate School of Engineering Science, Osaka University and Professor SAWANO Kentaro at Tokyo City University, clarified details of spin scattering in spin current transport in germanium (Ge), which is anticipated as a next-generation semiconductor channel material, by using Ge-based spintronics devices.

Ge has approximately twice the mobility for electrons and four times the mobility for holes than does Si. So, it is anticipated as a next-generation semiconductor channel material, an alternative to Si. The most advanced semiconductor research, core semiconductor technology, Ge-CMOS (complementary metal–oxide–semiconductor), is being developed. Furthermore, spintronics research on adding nonvolatile memory functionality through spin injection into Ge is also being performed all over the world.

This group had previously succeeded in fabricating ferromagnetic Heusler alloy on the Ge (111) layer and achieving generation, manipulation, and detection of pure spin currents. This time, this group detected pure spin current transport in several devices at a high sensitivity by changing the impurity doping concentration in Ge. As a result, this group experimentally found that spin scattering in Ge was induced by the potential of the spin-orbit coupling of impurities.

We experimentally show that the spin relaxation in degenerate n -type germanium ( n + -Ge) depends strongly on the concentration of the donor impurity ( N d ) at low temperatures. From measuring nonlocal spin signals for various lateral spin-valve devices at 8 and 77 K, the spin diffusion length ( λ Ge ) of n + -Ge can be estimated as a function of carrier concentration ( n ), i.e., N d ≈ n ( ∼ 10 18 cm − 3 ). We clearly find a large change in λ Ge from 1.43 to 0.56 μ m within a relatively narrow range of n at 8 K. The experimental findings are interpreted quantitatively in terms of a recent theory based on donor-driven spin scattering in multivalley conduction bands in Ge. 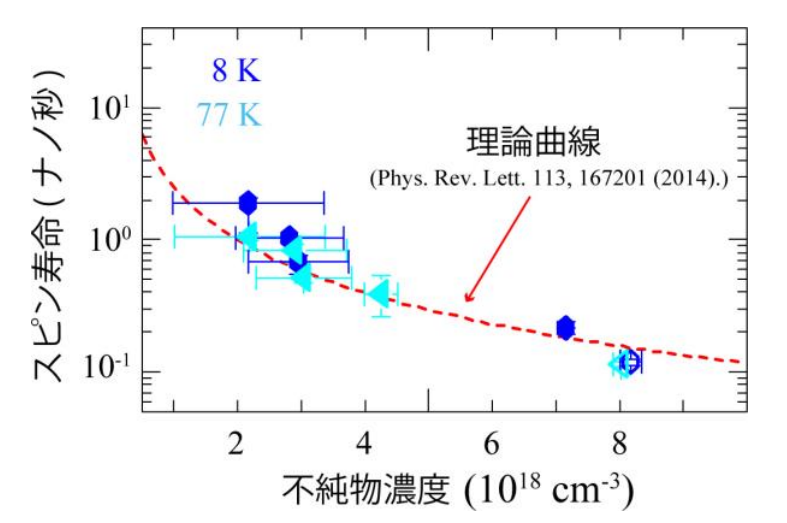 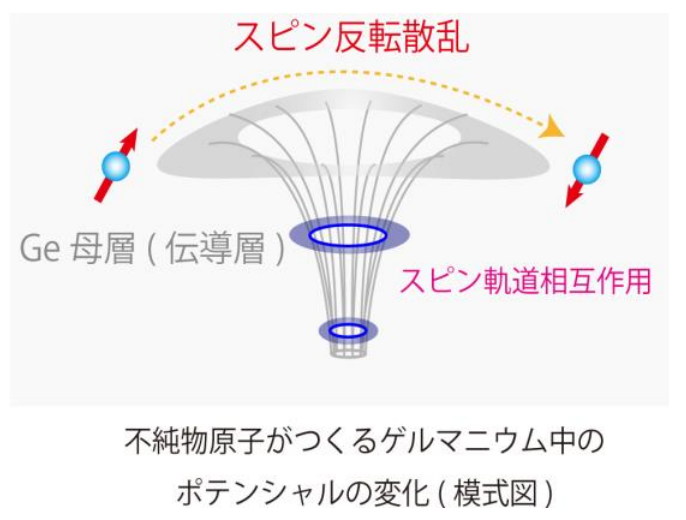 To learn more about this research, please view the full research report entitled “ Large impact of impurity concentration on spin transport in degenerate n-Ge ” at this page of the Physical Review B website.