Researchers at the National Institute for Basic Biology, together with those from Kyoto University, The Institute of Scientific and Industrial Research, Osaka University, and University of Alberta (Canada), clarified that transient and local changes of intracellular calcium ion (Ca 2+ ) concentration caused cell shape change, playing an important role in developing the brain.

The brain and spinal marrow are formed in an early development stage from a fertilized egg. The shape of cells changes from a columnar to a bottle shape or a wedge shape. This cellular morphology is called apical constriction. If this process is disrupted, neural tubes cannot close correctly, which leads to a severe congenital malformation called neural tube defects.

Previously, this group had studied the formation of neural tubes by using the African clawed frog, Xenopus laevis, whose process of forming the brain is similar to that of humans, and discovered that intracellular calcium ion (Ca 2+ ) concentration changes in the chorda, and other tissues were involved in controlling formation and movement of cells.

Early in the development of the central nervous system, progenitor cells undergo a shape change, called apical constriction, that triggers the neural plate to form a tubular structure. How apical constriction in the neural plate is controlled and how it contributes to tissue morphogenesis are not fully understood. In this study, we show that intracellular calcium ions (Ca 2+ ) are required for Xenopus neural tube formation and that there are two types of Ca 2+ -concentration changes, a single-cell and a multicellular wave-like fluctuation, in the developing neural plate. Quantitative imaging analyses revealed that transient increases in Ca 2+ concentration induced cortical F-actin remodeling, apical constriction and accelerations of the closing movement of the neural plate. We also show that extracellular ATP and N-cadherin (cdh2) participate in the Ca 2+ -induced apical constriction. Furthermore, our mathematical model suggests that the effect of Ca 2+ fluctuations on tissue morphogenesis is independent of fluctuation frequency and that fluctuations affecting individual cells are more efficient than those at the multicellular level. We propose that distinct Ca 2+ signaling patterns differentially modulate apical constriction for efficient epithelial folding and that this mechanism has a broad range of physiological outcomes. 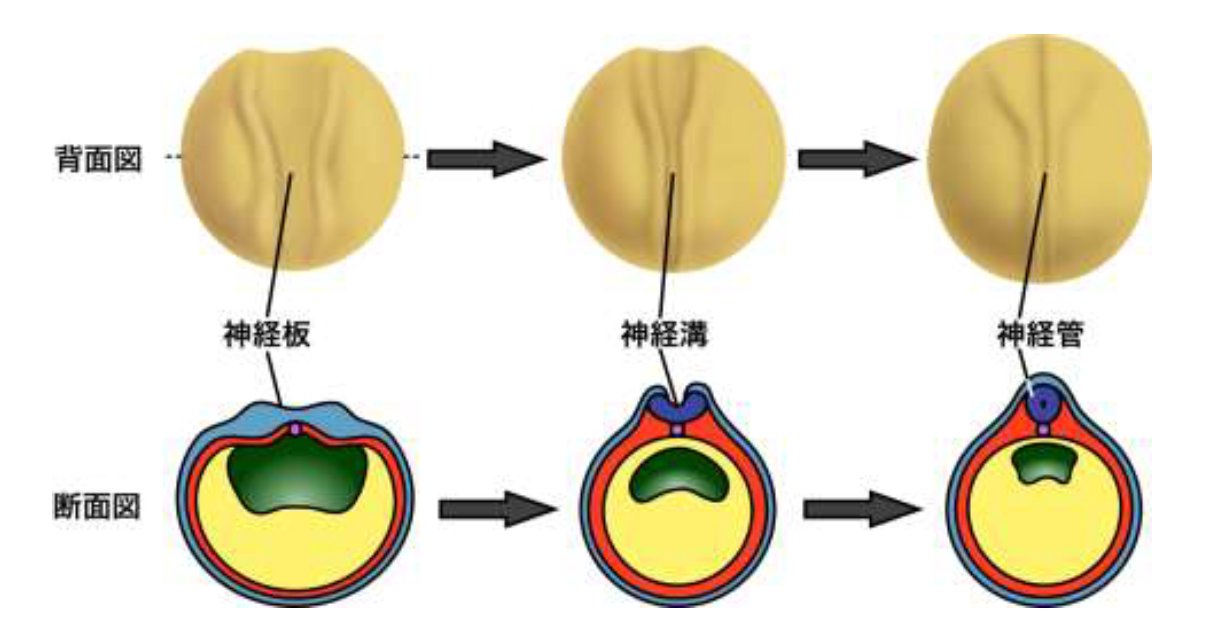 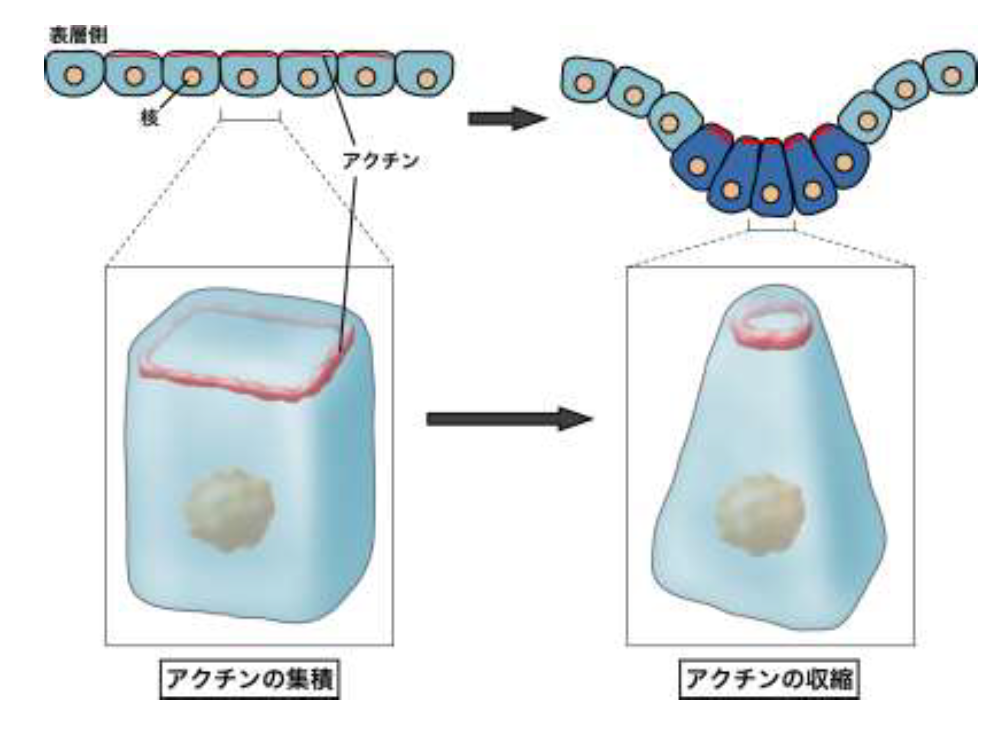 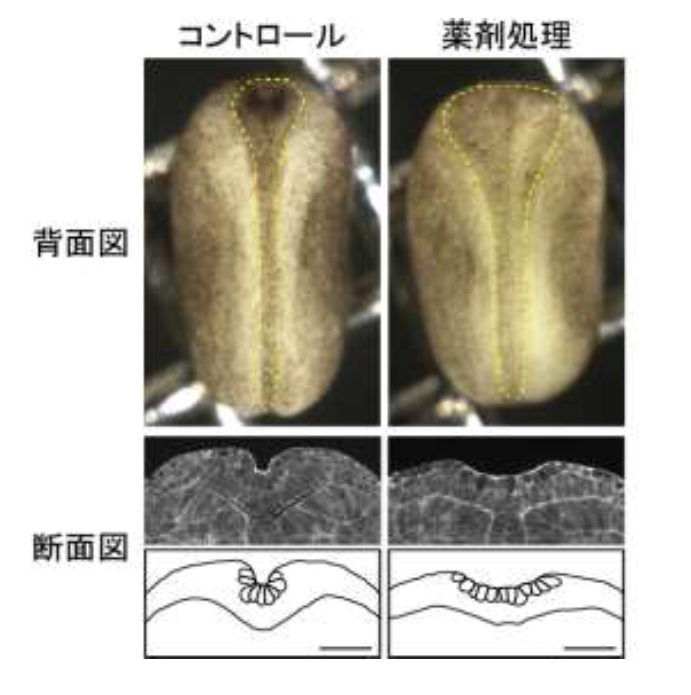 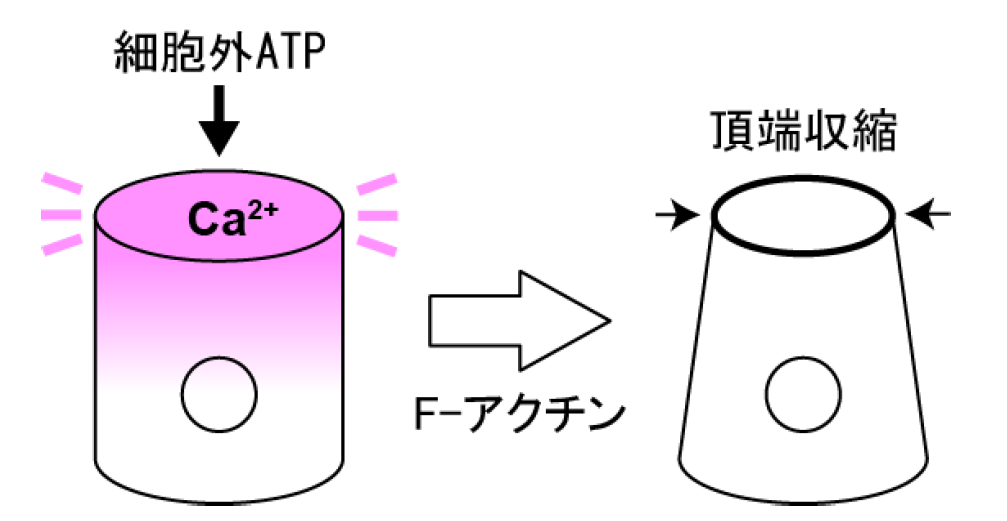 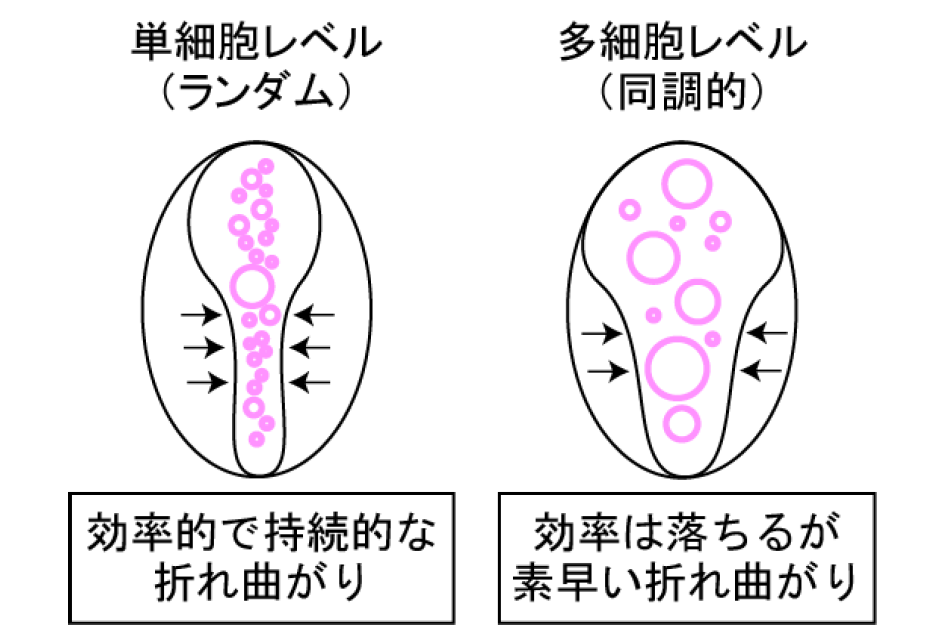