Discovery of the complexity of the quark, a fundamental constituent of matter

Formulation of a chaos index in movement of

In particle physics in which the principle of quantum mechanics is applied, it’s not possible to measure both positions and velocities at the same time. Quarks, in particular, are highly affected by the quantum effect , so they behave strangely. No free quarks can exist on their own and quarks clump together to form groups, so, for individual quarks, situations in which Lyapunov exponents are calculated were not known.

Professor HASHIMOTO Koji at the Graduate School of Science, together with Assistant Professor MURATA Keiju at the Department of Physics, Hiyoshi Campus, Keio University and Assistant Professor Kentaroh Yoshida at the Graduate School of Science, Kyoto University, succeeded in calculating a chaos index for dynamics of generic quantum field theories, a world first.

This group solved this challenge by using a new method, holographic principle, which has developed in particle physics in recent years. This group succeeded in calculating Lyapunov exponents of elementary particles, demonstrating that chaos existed in the motion of quarks.

Assigning a chaos index for dynamics of generic quantum field theories is a challenging problem because the notion of a Lyapunov exponent, which is useful for singling out chaotic behavior, works only in classical systems. We address the issue by using the AdS / CFT correspondence, as the large N c limit provides a classicalization (other than the standard ℏ → 0 ) while keeping nontrivial quantum condensation. We demonstrate the chaos in the dynamics of quantum gauge theories: The time evolution of homogeneous quark condensates ⟨ ¯ q q ⟩ and ⟨ ¯ q γ 5 q ⟩ in an N = 2 supersymmetric QCD with the S U ( N c ) gauge group at large N c and at a large ’t Hooft coupling λ ≡ N c g 2 YM exhibits a positive Lyapunov exponent. The chaos dominates the phase space for energy density E ≳ ( 6 × 1 0 2 ) × m 4 q ( N c / λ 2 ) , where m q is the quark mass. We evaluate the largest Lyapunov exponent as a function of ( N c , λ , E ) and find that the N = 2 supersymmetric QCD is more chaotic for smaller N c . 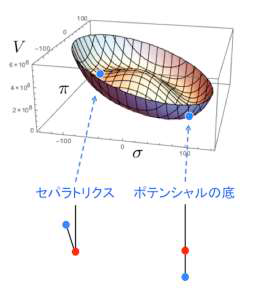 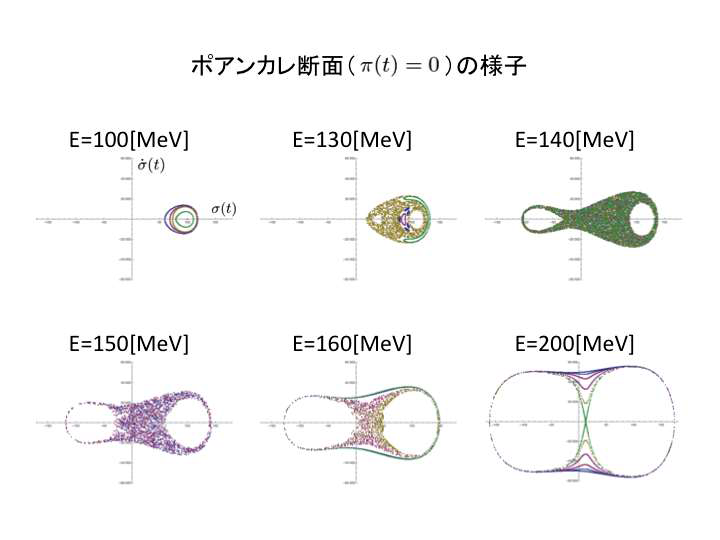 To learn more about this research, please view the full research report entitled “ Chaos in Chiral Condensates in Gauge Theories ” at this page of the Physical Review Letters website.