Professor Masayuki Hagiwara at the Center for Advanced High Magnetic Field Science, Graduate School of Science, Assistant Professor Takehito Nakano and Professor Yasuo Nozue at Graduate School of Science (Dean: Hiroshi Tsunemi) have realized “Observation of the orbital quantum dynamics in the spin-1/2 hexagonal antiferromagnet Ba 3 CuSb 2 O 9 ” in collaboration with the group of Associate Professor Satoru Nakatsuji at The Institute for Solid State Physics, The University of Tokyo, and Associate Professor Yibo Han at Huazhong University of Science and Technology. The present result was published on-line in Physical Review B (Rapid Communications) on Nov. 16, 2015.

In condensed matter physics, exploration of a novel quantum liquid state, such as Bose-Einstein condensation of cold atoms, superconductivity and quantum Hall state of electron systems, has been a subject of intense research both experimentally and theoretically. While many candidates of “quantum spin liquid” in which spin degrees of freedom does not freeze even at very low temperatures have been reported, almost no example has been found for an orbital liquid state, where the orbital degree of freedom remain fluctuating without lattice deformation down to a very low temperature. In our previous studies on the copper oxide 6H-Ba 3 CuSb 2 O 9 with a perovskite structure, we reported the first observation of striking absence of the static Jahn-Teller distortion down to the lowest temperature in this oxide based on copper (II), which is known as a strong Jahn-Teller active ion. However, to date, the orbital dynamics have never been investigated.

In the present study, we have determined the frequency of the orbital quantum fluctuation in this compound by multi-frequency electron spin resonance (ESR) measurements in high magnetic fields. Our current paper published in Physical Review B (Rapid Communications) reports the first determination of the orbital fluctuating frequencies, namely dynamic Jahn-Teller frequencies, at wide temperature range between 1.5 K and 100 K. The aforementioned results pave the way to investigate the dynamics of a new quantum liquid state named “quantum spin-orbital liquid” by multi-frequency ESR in high magnetic fields. The results demonstrate how high magnetic fields are useful for the studies on a quantum spin-orbital-liquid state. 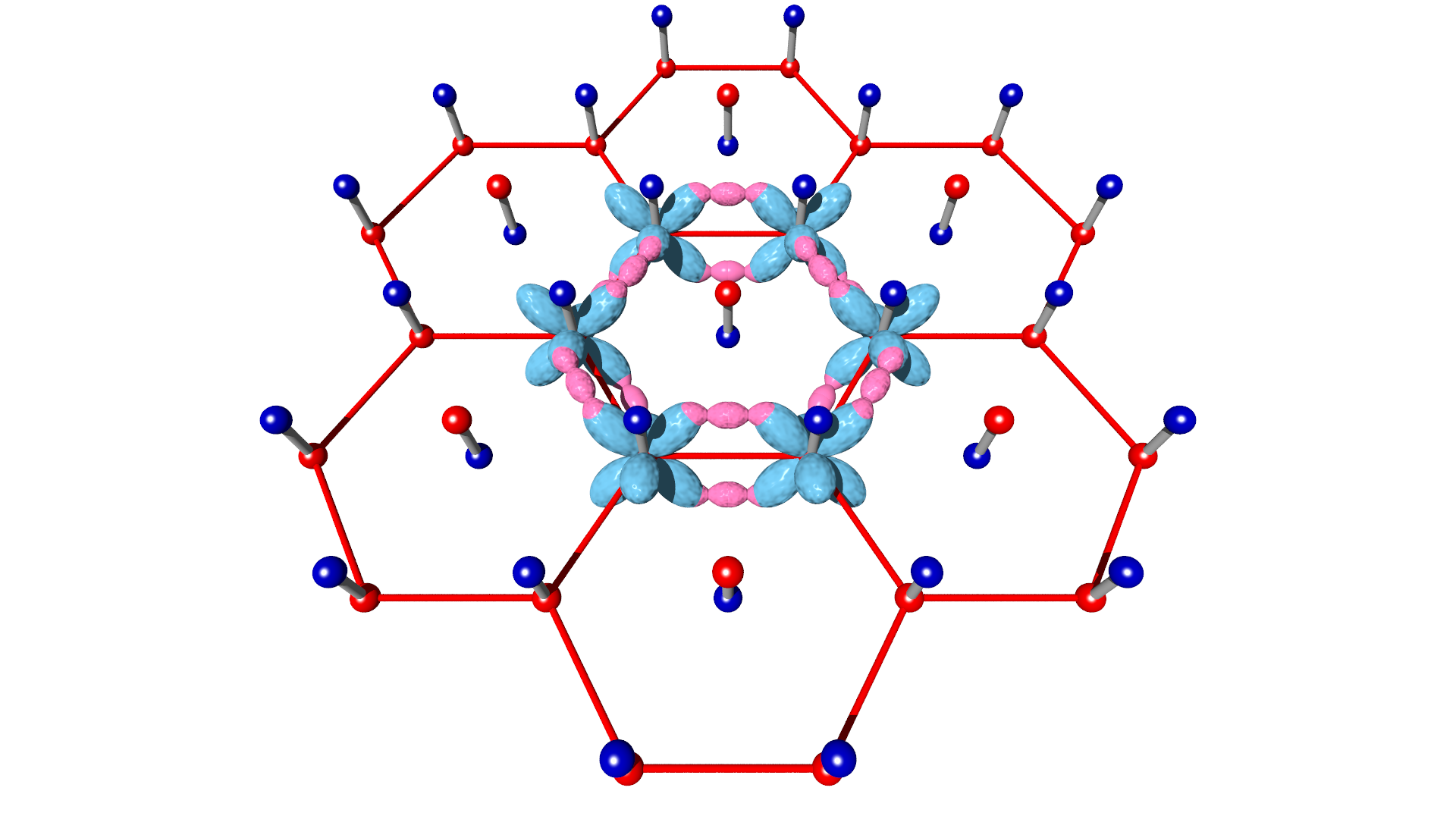 Fig. 1.  The possible dynamic orbital states in the hexagonal sample, which form resonating singlet dimers in the honeycomb-based lattice. The light blue ovals show the temporally averaged special distribution of the copper orbitals. 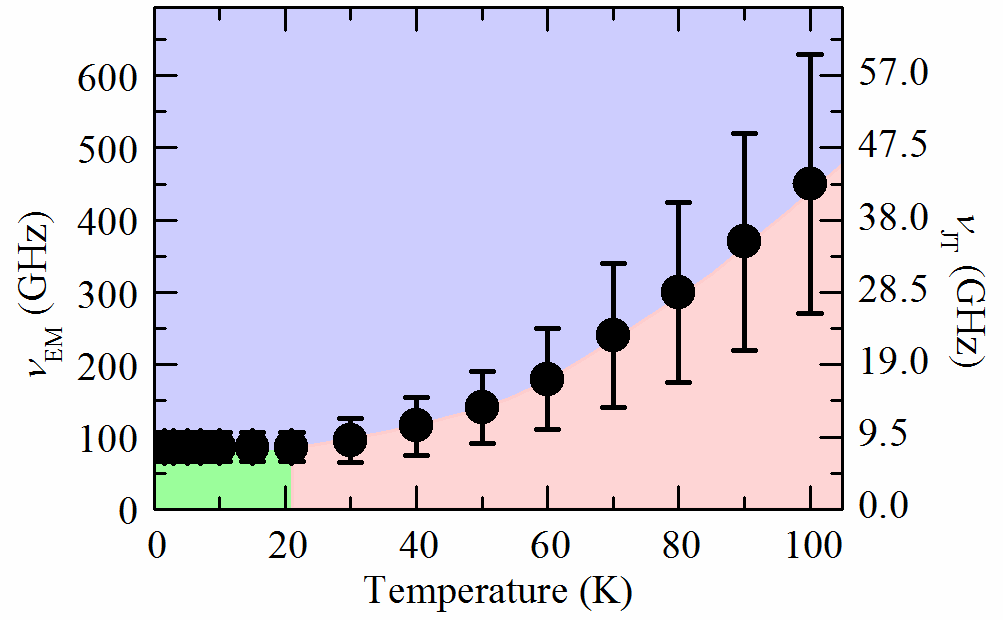 Fig. 2 Temperature dependence of the dynamic Jahn-Teller fluctuating frequency ( n JT )  determined from the observed electromagnetic frequency n EM where the ESR signal line shape changes from symmetric to asymmetric. The solid circles show the fluctuating frequencies at measurement temperatures, and the frequencies become constant (about 10 GHz, 100 picosecond) below 20 K, indicating the formation of the quantum liquid state.

We have studied orbital dynamics in the spin liquid candidate B a 3 CuS b 2 O 9 using multifrequency electron-spin resonance. We prepared two high-quality single crystals. The crystal with a slight copper deficiency shows a structural phase transition at around 200 K due to the cooperative Jahn-Teller effect, accompanied with orbital ordering. In contrast, the crystal with almost perfect stoichiometry shows no orbital ordering down to the lowest temperature of 1.5 K. Dramatic change in the g factor anisotropy as a function of frequency and temperature demonstrates orbital quantum fluctuations at a nearly constant time scale of ∼ 100 ps below 20 K, evidencing the emergence of an orbital liquid state in this quantum spin liquid compound.

To learn more about this research, please view the full research report entitled " Observation of the orbital quantum dynamics in the spin-1/2 hexagonal antiferromagnet Ba 3 CuSb 2 O 9 " at this page of the Physical Review B website.