It has been thought technically difficult to achieve projection mapping onto a moving/rotating object so that images look as though they are fixed to the object. A group of researchers from Osaka University succeeded to develop a technology for image projection onto moving objects. (Figure 1)

In the technology developed by the group led by Daisuke IWAI , Associate Professor and Kosuke SATO , Professor at the Graduate School of Engineering Science, Osaka University, an object for projection mapping is printed out from a full color 3D printer *1 , on which special visual markers are also simultaneously printed. By measuring these markers with a camera, projected images are registered onto a moving object. The projected images are aligned according to the movement/rotation of the object as if they are stuck to the object. (Figure 2) The visual markers interfere with projected images, but this group diminished the markers by applying their own radiometric compensation technique *2 to projected images.

It is expected that this group’s research results will lead to the creation of persuasive advertisements and increased efficiency of the industrial design process through the realization of projection mapping onto moving three-dimensional objects, as well as virtual dressing enabling users to virtually try on clothes.

This group’s achievement was selected as one of 20 excellent digital content technologies in Japan as “Innovative Technologies 2015” sponsored by the Ministry of Economy, Trade and Industry, which was held to discover and evaluate remarkable technology in Japan.

This group’s results were presented at the Digital Content EXPO in October at the National Museum of Emerging Science and Innovation and the 8th ACM SIGGRAPH Asia in November at the Kobe Convention Center.

(*1) Full color 3D printer: 3D printer that can reproduce not only the shape of 3D data but also its color/texture at the same time.

(*2) Radiometric compensation technique: Projection color correction in per pixel basis to cancel the texture of projection surface as if images are projected onto uniformly white surface. 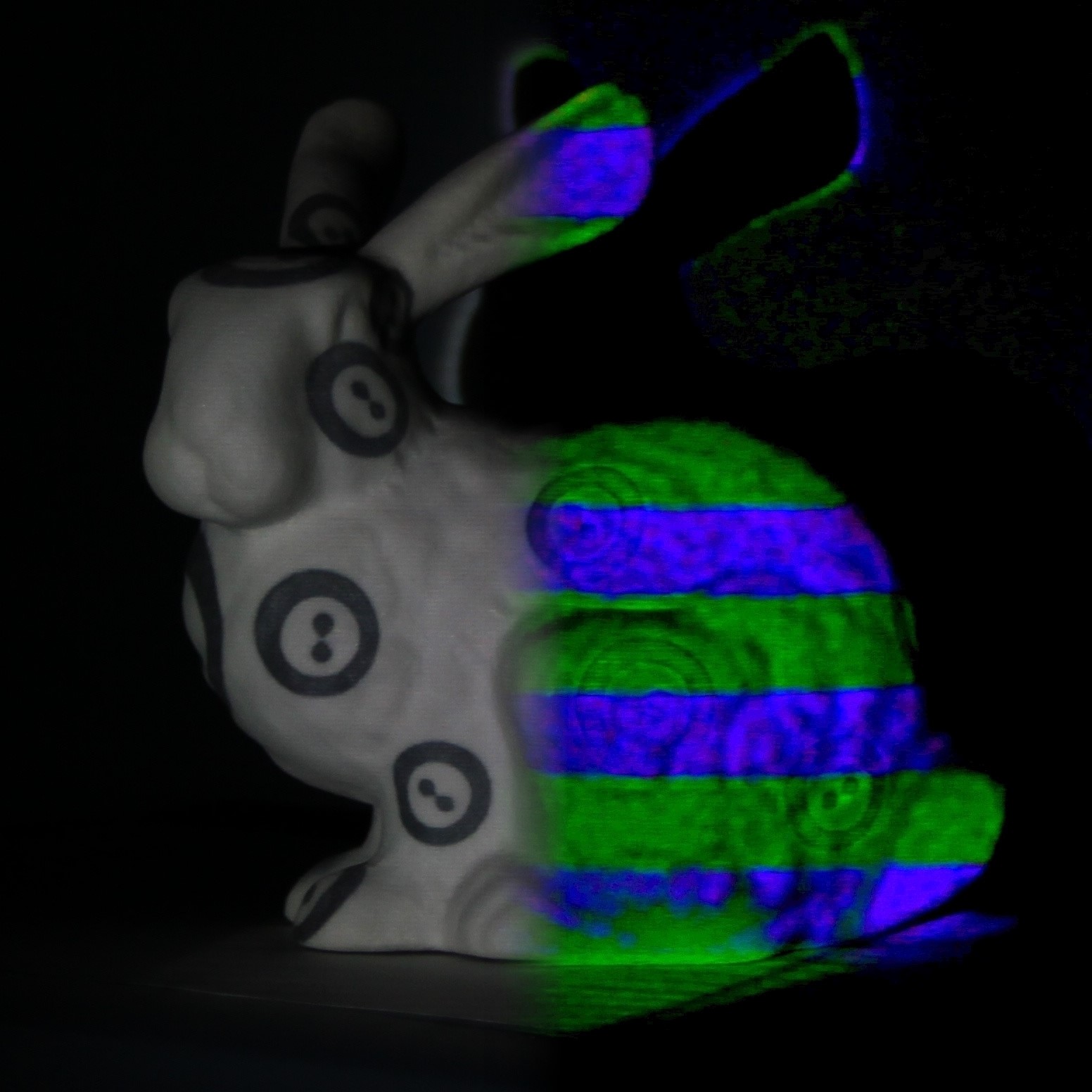 Figure 1: A projection object with printed visual markers printed out from a full color 3D printer (left: appearance under a room environment light, right: projected result by the proposed technique.)

Figure 2: (a) A projection object with printed visual marker under environment light, and (b) (c) (d) projection mapping results with different poses.