Successful 3D observation of nanoscale plastic deformation of material in an electronic microscope, a world-first

A group of researchers from Kyushu University, System in Frontier Inc., Osaka University, and University of Tsukuba, as a part of Japan Science and Technology Agency’s Development of Systems and Technology for Advanced Measurement and Analysis, developed a prototype of an “in situ,” or “real time” electron-beam tomography system, which is capable of shooting  3D images of structural changes resulting from heating and straining by using a Transmission Electron Microscope (TEM) capable of observing nanoscale cells and materials

In May 2016, using this system, in cooperation with Mel-Build Company and Virginia Polytechnic Institute and State University, this group succeeded in shooting real time 3D images of the plastic deformation process of nanoscale metal, which was deformed by force, verifying the effectiveness of this system. This is the first 3D imaging of irreversible plastic deformation in TEM.

In this real time ET system, various technologies are used:

Imaging technology developed by this group has enabled observation of 3D imaging of real time nanoscale structural changes in deformation by force in TEM, so it is expected to be used in fields where nanostructure analysis is in great demand.

This group’s achievement was presented at the 72 nd academic lectures of The Japanese Society of Microscopy, which was held at Sendai International Center from Tuesday, June 14 through Thursday, June 16, 2016.

We have developed a newly designed straining specimen holder for in situ transmission electron microscopy (TEM) compatible with high-angle single tilt-axis electron tomography. The holder can deform a TEM specimen under tensile stress with the strain rate between 1.5 × 10 −6 and 5.2 × 10 −3 s −1 . We have also confirmed that the maximum tilt angle of the specimen holder reaches ±60° with a rectangular shape aluminum specimen. The new specimen holder, termed as ‘straining and tomography holder’, will have wide range potential applications in materials science. 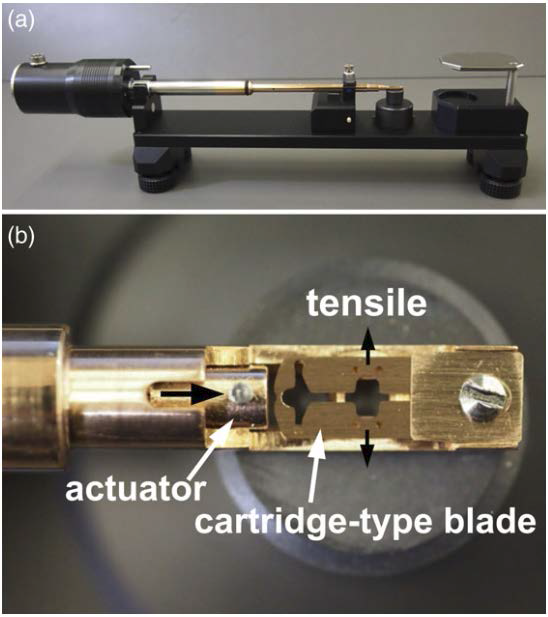 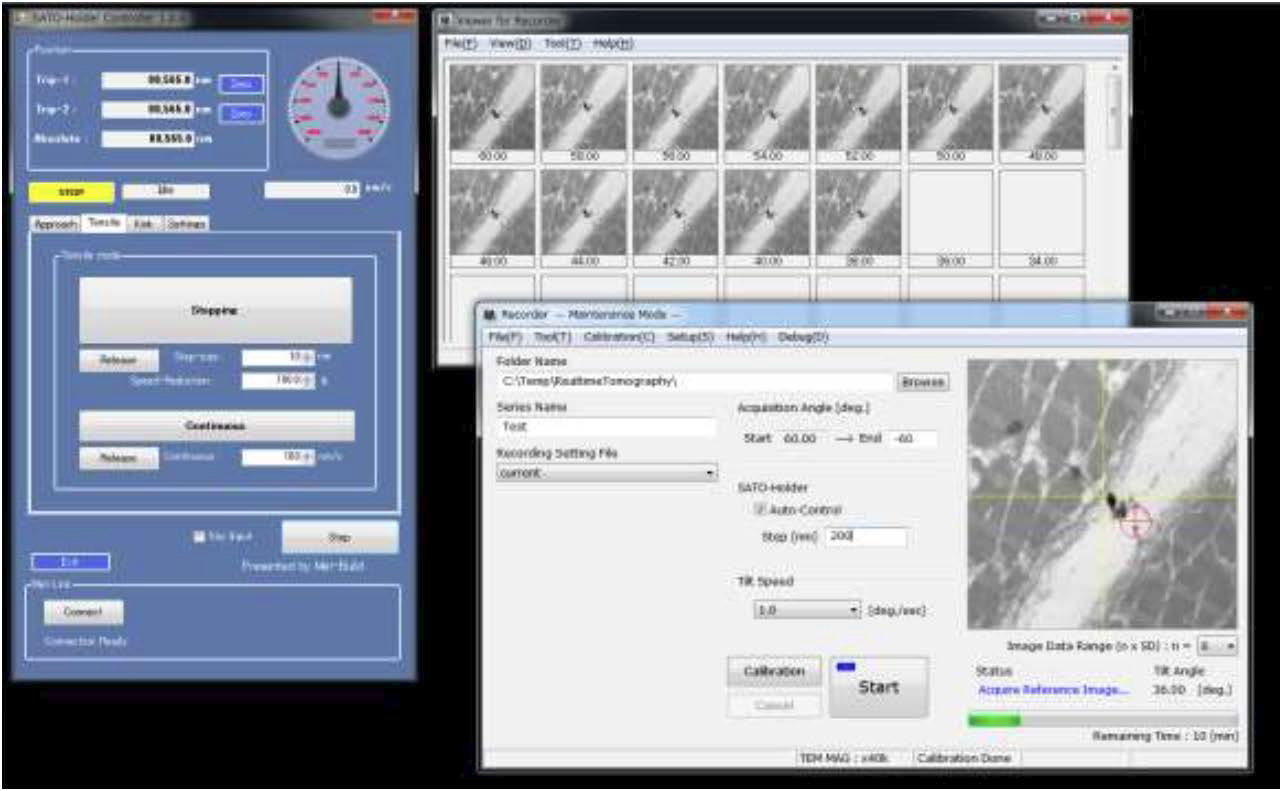 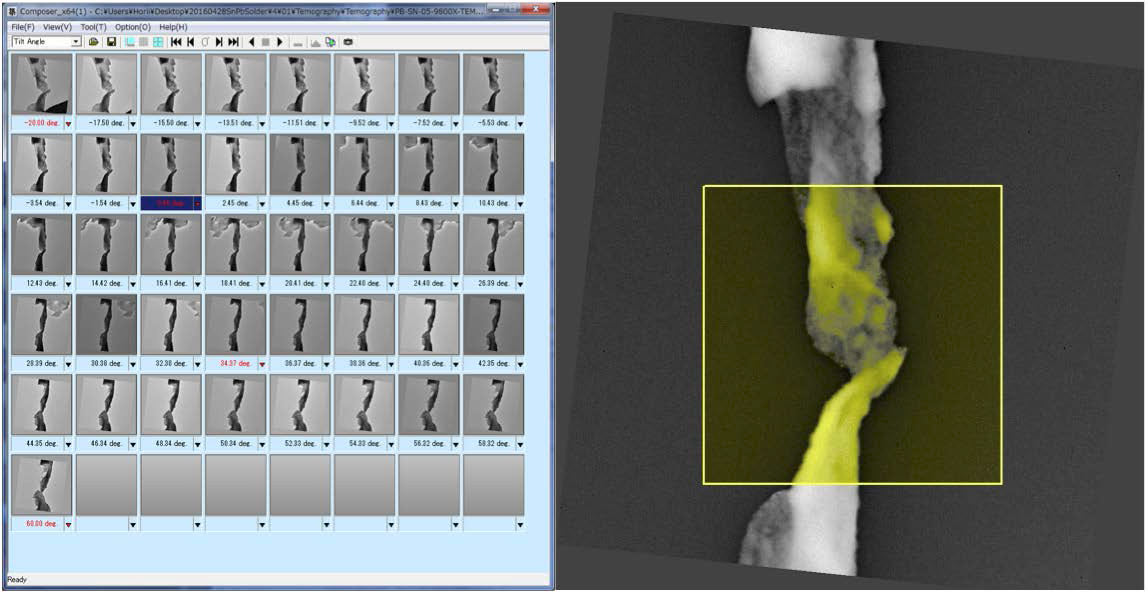 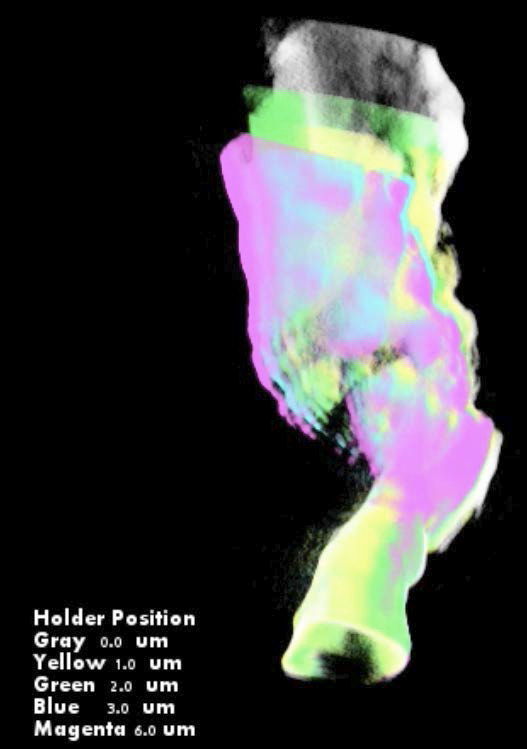 To learn more about this research, please view the full research report entitled “ Development of a novel straining holder for transmission electron microscopy compatible with single tilt-axis electron tomography ” at this page of the Microscopy website.