Researchers at Osaka University measured the photovoltaic properties of antimony sulfiodide:sulfide devices and discover a voltage that depends on the wavelength of incident light, which may help develop new light-sensing and imaging devices

Scientists from the Institute for Open and Transdisciplinary Research Initiatives at Osaka University discovered a new feature of solar cells made from antimony sulfiodide:sulfide composite they termed the wavelength-dependent photovoltaic effect (WDPE). The team determined that changing the color of incident light from visible to ultraviolet induced a reversible change in the output voltage, while leaving the current generated unchanged. This work may lead to new functional light-sensing and imaging devices.

Photovoltaic (PV) devices — such as solar cells and photodiodes — which convert light energy into electronic power are important as renewable energy sources or as light/image sensors. Recent progress in thin film PV devices has attracted much attention owing to their low-cost process, flexibility, and light weight. However, although various PV devices have been reported so far, reversible and fast wavelength-dependent responses have not been previously observed. To distinguish between irradiation colors using a single photodiode, a liquid crystal filter must be used that can electronically switch the absorption color range. However, these filters are bulky; being able to perform color detection without requiring such filters would be useful for minimizing the size of photovoltaic devices.

Now, a team of researchers at Osaka University have built new photovoltaic devices made from antimony sulfiodide:sulfide composite and found a novel effect. The voltage generated could be changed by switching the light color, in which ultraviolet reduced the output voltage. That is, a reversible change in the current versus voltage curves could be obtained simply by shining different colors of light on the device. “Such a dramatic shift in voltage is not observed in silicon, perovskites, or organic solar cells,” explains first author Ryosuke Nishikubo.

To better understand the mechanism behind this effect, the scientists then performed transient photovoltage (TPV) and photo-induced charge extraction by linearly increasing voltage (photo-CELIV). These experiments helped clarify the dramatic and reversible change in charge carrier lifetime induced by ultraviolet irradiation. The team concluded that WDPE was caused by metastable “trap” states at the heterojunction interface, generated by high energy charges. These interfacial energy traps significantly reduced output voltage, and as a result, light of certain energies could be distinguished based on the voltage. This change could be enhanced by the presence of the vapor from a polar solvent. “While our work helps advance basic science by explaining this novel effect, the research also has many potential applications, including as a vapor detector,” says senior author Akinori Saeki.

The newly discovered phenomenon may be applied to light sensing used in everything from mobile phones to cars, to security or horticultural systems. It can also be a part of imaging applications in medical and other scientific pursuits, such as space satellites and microphotography. In addition, it is also potentially desirable as a renewable energy source, because of its low toxicity and low production cost. 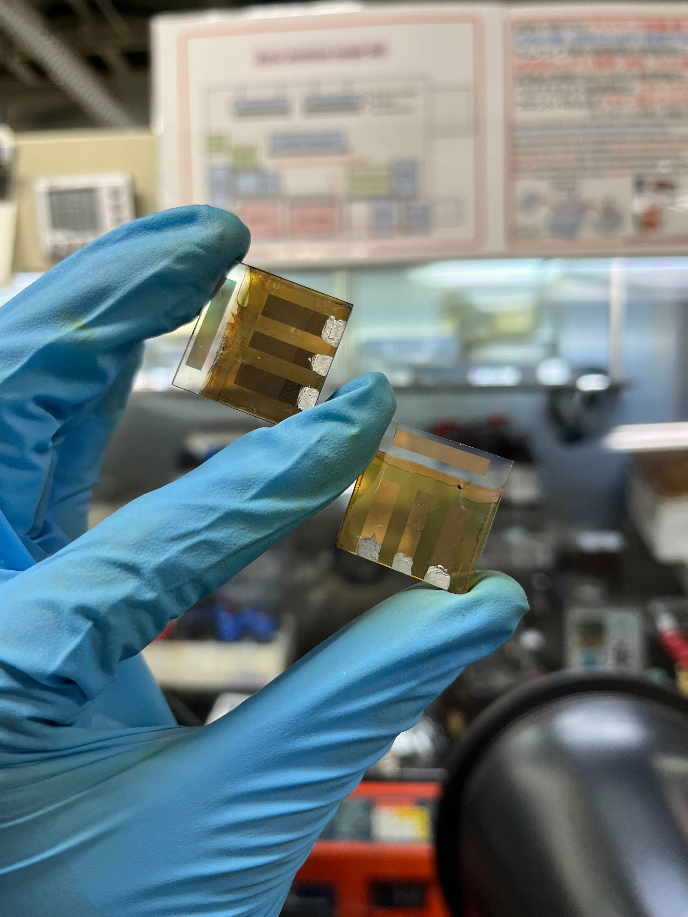 This figure is reproduced from the original paper (Figure1a). 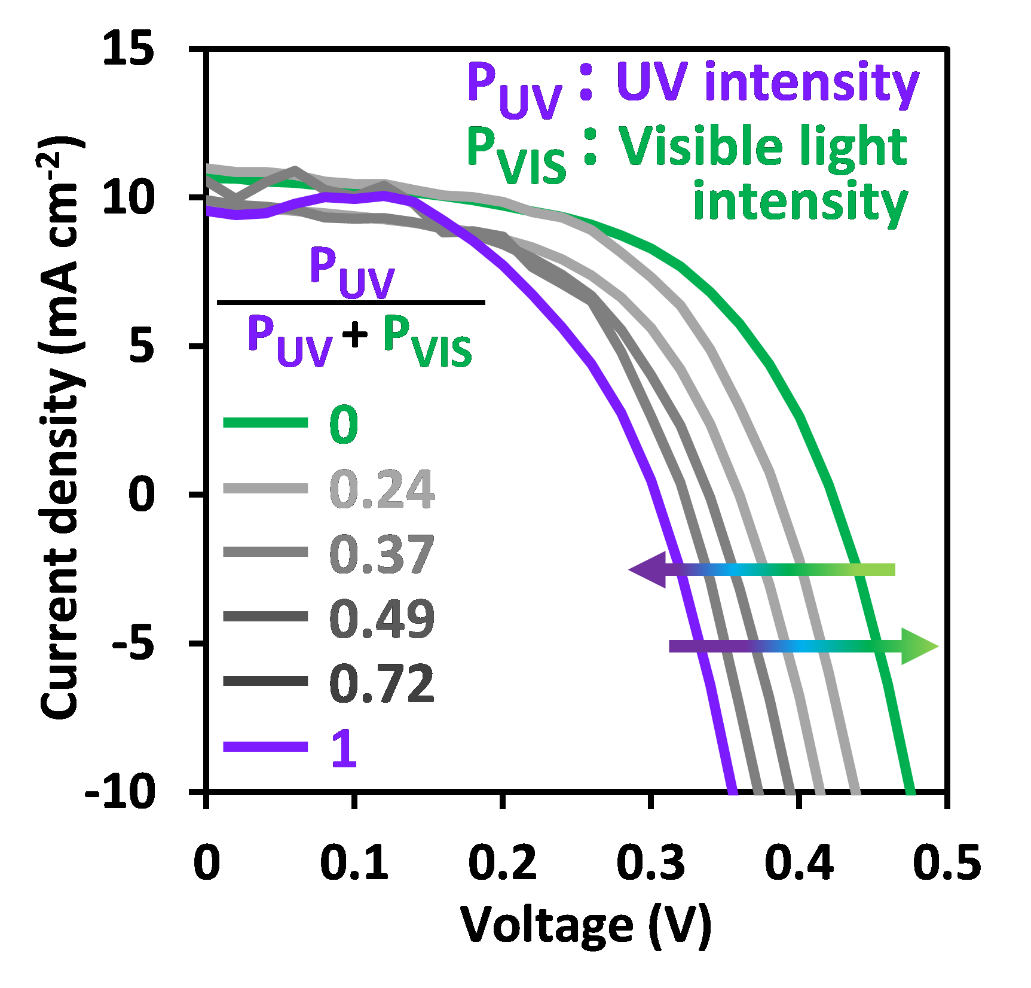 Fig.3 JV characteristics of a SbSI:Sb2S3 photovoltaic device under the simultaneous irradiation of ultraviolet (UV) and visible (VIS) light with varying intensity ratios. This figure is reproduced from the original paper (Figure2e).

The article, “Unprecedented wavelength dependence of an antimony chalcohalide photovoltaic device,” was published in Advanced Functional Materials at DOI: https://doi.org/10.1002/adfm.202201577.