A new cause of Parkinson’s disease-related cell death

In an autopsy of a patient with clinically typical Parkinson’s disease, researchers from Osaka University find an unexpected change in the brain: a buildup of TDP-43, rather than alpha-synuclein, proteins

There is currently no cure for Parkinson’s disease (PD), and one of the main difficulties for developing treatments is that we don’t know exactly how or why the disease occurs. It’s generally believed that a buildup of Lewy bodies—cellular inclusions that mainly contain the brain-specific protein alpha-synuclein—causes cell death in key brain regions, leading to the typical symptoms of PD. However, a recent report published in Movement Disorders by researchers from Osaka University suggests that this may not be the only way in which PD-related cell death can occur.

The report describes a patient who had what seemed to be standard PD, with no family history or disease-related gene mutations. He had typical PD motor symptoms such as rigidity, slow movement, and balance problems. He also had reduced dopamine (which helps cells talk to one another) in a brain region known as the striatum and responded well to treatment with a drug called levodopa, both of which are commonly seen in people with PD.

After the patient’s death from pneumonia, his brain was examined closely. Although it had many of the common changes that are seen in PD (such as a loss of brain cells and increased inflammation in the substantia nigra, a key PD-related brain region), some other typical changes were missing. The researchers were unable to find Lewy bodies containing alpha-synuclein in any of the regions that are normally affected in PD.

“This was unusual,” says lead author of the study Rika Yamashita. “When we looked further, we realized that the patient had inclusions containing another type of protein: transactive response DNA-binding protein of 43 kDa, or TDP-43.”

Accumulation of TDP-43 protein occurs in other neurodegenerative diseases like amyotrophic lateral sclerosis and frontotemporal lobar degeneration, but it is not usually associated with PD. However, this new report suggests that its accumulation may cause cell loss in the substantia nigra as well as the typical motor symptoms of PD.

“This report has implications for how we think about the development of PD,” explains Goichi Beck, senior author of the report. “Much of the current research looking for PD treatments is very focused on alpha-synuclein—but it may not be the only protein that causes the disease. Our findings indicate that TDP-43 accumulation may be a cause of PD separate from alpha-synuclein accumulation.”

Future studies need to take TDP-43 into consideration when investigating the mechanisms causing PD in the brain. The findings from this research suggest a new pathway for developing PD and may lead to the discovery of new treatments that slow or cure the disease, which are currently lacking. 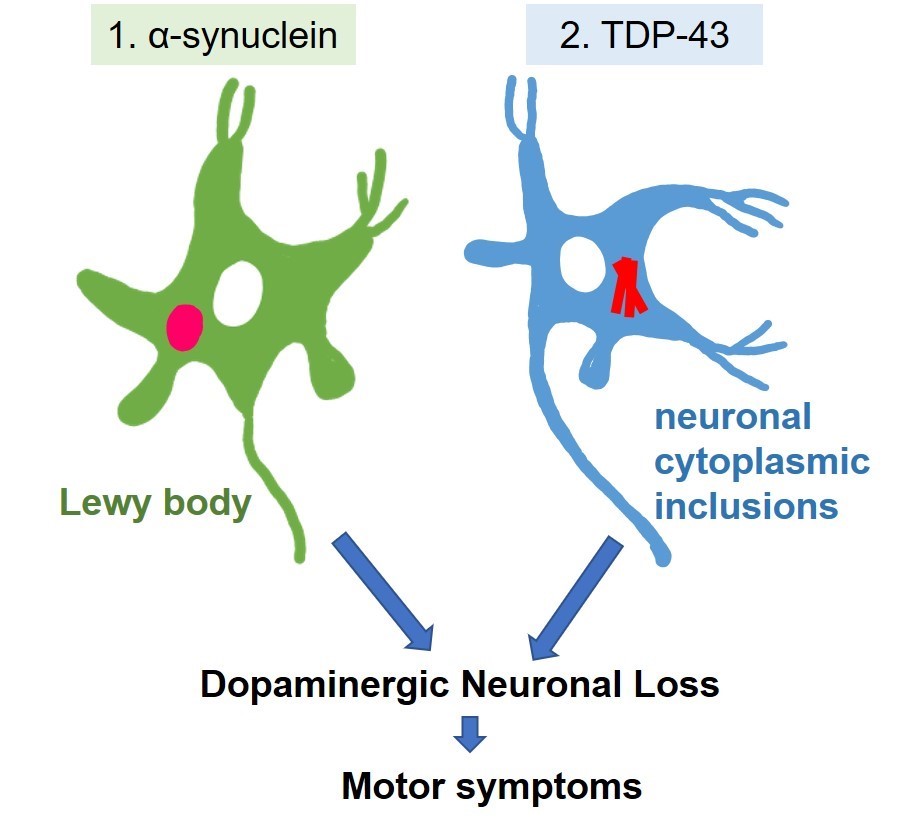 The article, “TDP-43 proteinopathy presenting with typical symptoms of Parkinson's disease,” was published in Movement Disorders at DOI: https://doi.org/10.1002/mds.29048.