Researchers at Osaka University use silicon nanoparticles to help visualize the coalescence of quantized vortices that occur in superfluid helium, which can help improve our understanding of quantum fluids and materials, including superconductors

Scientists from the Graduate School of Engineering Science at Osaka University have shown how silicon nanoparticles can become trapped inside the vortices that form inside superfluid helium. This work opens up new possibilities in optical research for other quantum properties of superfluid helium, such as the optical manipulation of quantized vortices due to the strong interaction between light and silicon nanoparticles.

The rules of quantum mechanics may seem very foreign to us, with particles that sometimes act like waves and vice versa. Normally, we expect weird quantum behavior to be limited to very small scales. However, when certain materials, like helium-4, are cooled to very low temperatures, the waviness has effects that are apparent even at the macroscopic scales.

This “supercooled” helium is an example of a Bose-Einstein condensation, in which the waves representing the atoms overlap until the whole fluid acts almost like a single particle. This process has no classical analogue and is a useful system for testing theories of quantum mechanics, because the transition to a superfluid in helium-4 occurs at relatively accessible temperatures. However, there is still a need to be able to visualize the motion of the superfluid.

Now, a team of researchers led by Osaka University has used silicon nanoparticles to help show the features of superfluid helium, similar to throwing pebbles to help visualize the flow of water in a waterfall. “We were able to provide direct experimental evidence that dense silicon nanoparticles are attracted to quantized vortices, and stabilize along the vortex core,” first author Yosuke Minowa says.

One of the special properties of superfluid helium is that any rotational motion can only occur in the form of quantized vortices. These are tiny, discrete whirlpools that each carry a fixed amount of angular momentum. The scientists used the nanoparticle technique to study the process of vortex reconnection, in which lines of vortices coalesce and exchange their parts. Because of the light scattering from the nanoparticles, the vortex lines were clearly visible.

“Our proposed technique enables us to use many different materials as tracer particles of quantized vortices,” Minowa explains. Studying quantized vortices in superfluid helium may help scientists better understand more exoteric quantum systems, such as the critical current in high-temperature superconductors. 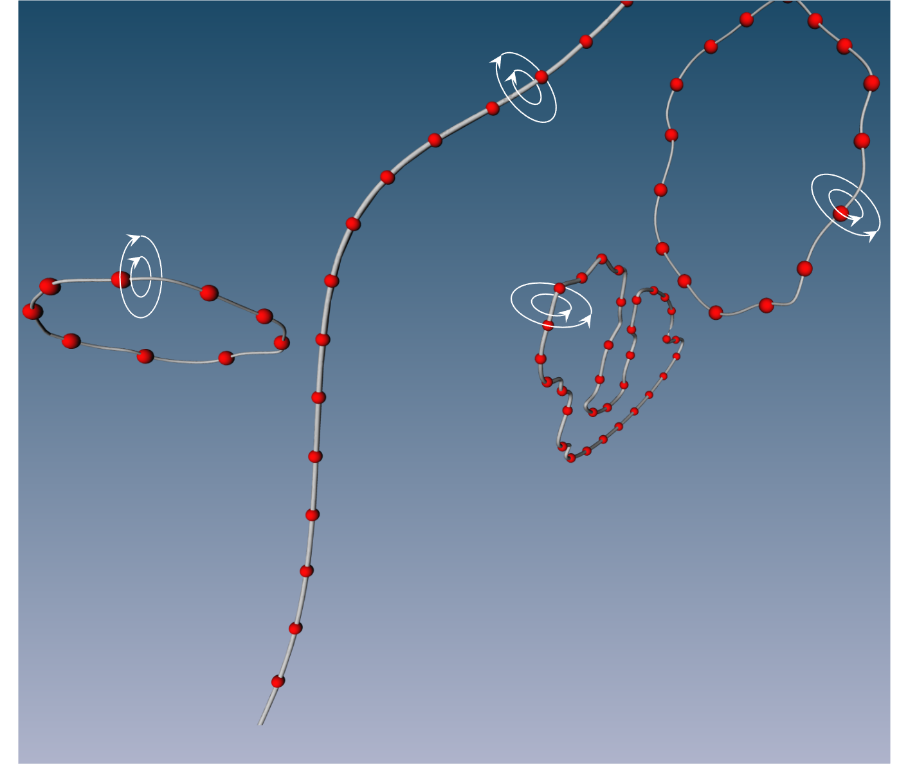 The article, “Visualization of quantized vortex reconnection enabled by laser ablation,” was published in Science Advances at DOI: https://doi.org/10.1126/sciadv.abn1143.