Make no bones about it: How our bodies shift between making bones and breaking them down

Osteoblasts act in a group to make bone over the course of several months. However, how osteoblasts cooperate with each other in vivo is still unknown. Now, researchers at Osaka University established an advanced high-resolution microscopy system to visualize extracellular vesicles secreted and captured by mature osteoblasts in vivo and identified a subset of osteoblast-derived vesicles limiting bone formation and stimulating bone-resorbing osteoclast differentiation through a microRNA (miRNA)-mediated mechanism. The osteoblast communication via extracellular vesicles controls the dynamic transition from bone-forming to bone-resorbing phases in vivo and could be a target for new treatments for bone diseases.

Bone remodeling occurs in different parts of the body throughout life to maintain bone architecture balance and systemic mineral homeostasis. During this “remodeling” process, osteoclasts remove mineralized bones, whereas osteoblasts form new bones. These resorption and formation phases are linked and balanced with intermittent coupling phases. “Functional coupling between these two cell types is critical for the maintenance of proper bone metabolism, and the mechanisms controlling the transition from bone-resorbing to bone-forming phases have been investigated. Nevertheless, the molecular and cellular mechanisms terminating osteoblastic bone formation and promoting osteoclastic bone resorption remain elusive,” explains senior author Masaru Ishii.

Intravital optical imaging using multiphoton microscopy can help dissect in vivo cellular dynamics in various intact tissues and organs. To understand the spatiotemporal dynamics of bone remodeling in vivo, the researchers have established an intravital imaging technique to visualize the intact bone tissues of living mice. Using this method, they explored the interplay between bone-destroying osteoclasts and bone-forming osteoblasts. However, the spatial resolution of intravital bone imaging was insufficient to visualize structures smaller than cells.

“In this study, we established an advanced high-resolution microscopy system to visualize extracellular vesicles secreted and captured by mature osteoblasts in vivo and identified a subset of osteoblast-derived vesicles limiting bone formation and stimulating osteoclast differentiation, thus regulating the switch from bone formation to bone resorption through a microRNA (miRNA)-mediated mechanism,” says Ishii. 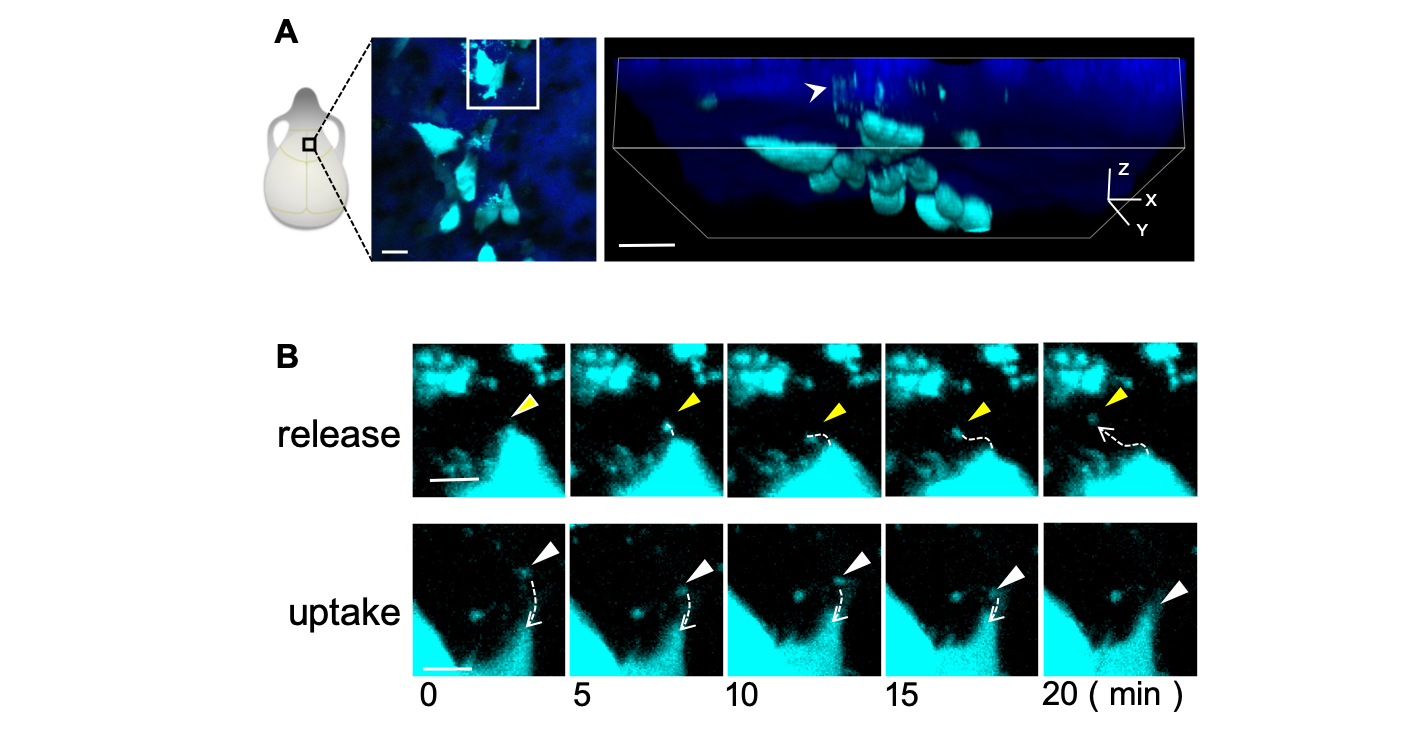 The article, “Osteoblast-derived vesicles induce a switch from bone-formation to bone-resorption in vivo,” was published in Nature Communications at DOI: https://doi.org/10.1038/s41467-022-28673-2.