Researchers at Osaka University and Kyoto University use particle scattering to obtain new evidence for a predicted nuclear state of neon, which may help explain the nature of low-density nucleon many-body systems and the activity of neutron stars

Scientists from the Department of Physics and the Research Center for Nuclear Physics (RCNP) at Osaka University, in collaboration with Kyoto University, used alpha particle inelastic scattering to show that the theorized “5α condensed state” does exist in neon-20. This work may help us obtain a better understanding the low-density nucleon many-body systems.

All elements besides hydrogen and helium must have been fused inside the nuclear furnace of a star. The yield during these reactions of carbon-12, which has six protons and six neutrons, is increased by an unusual quirk in that 12 is divisible by 4. This means that given a little extra energy, the nucleons in carbon can form three alpha particles, consisting of two protons and two neutrons each, and these alpha particles can be condensed into the lowest-energy orbit in carbon-12. The existence of an alpha condensed state in heavier isotopes with atomic weights divisible by four, such as neon-20, has been theorized, but remained uncertain. These condensed states would provide a unique window into the world of nuclear physics. This is because the densities of most normal nuclei are very similar to each other, while the alpha condensed state would be an example of a low-density many-body system. Measuring the properties of protons and neutrons in such a dilute state would be very helpful for understanding the nature of low-density nuclear matter that exists on the surface of neutron stars.

Now, a team of researchers led by Osaka University have provided experimental evidence that these excited states do exist in neon-20. By firing alpha particles at a neon gas, they observed that the decay products indicated the existence of specific energy states in the original nucleus. These matched very well with predictions of the 5α condensed state, in which the 10 protons and 10 neutrons are grouped into five alpha particles in the lowest-energy orbit.

“We were able to obtain such precise results because we were able to measure the decay particles from the excited state,” first author Satoshi Adachi explains. “We developed an isotopically enriched neon-20 gas target system with an ultra-thin gas-sealing window made of SiNx. We found it was crucial to measure inelastically scattered alpha particles at very forward angles including 0 degrees, where the alpha condensed state was selectively excited. This measurement was very difficult, but a high-quality beam provided by the well-tuned cyclotrons at RCNP enabled us to conduct it.” These techniques allowed the scientists to carry out a detailed comparison between the statistical decay-model calculations and the experiment.

“We expect that this research will accelerate progress in our understanding of extreme environments, like the surface of a neutron star,” senior author Takahiro Kawabata says. The work can also be extended to even heavier isotopes that follow the “divisible by four” pattern. 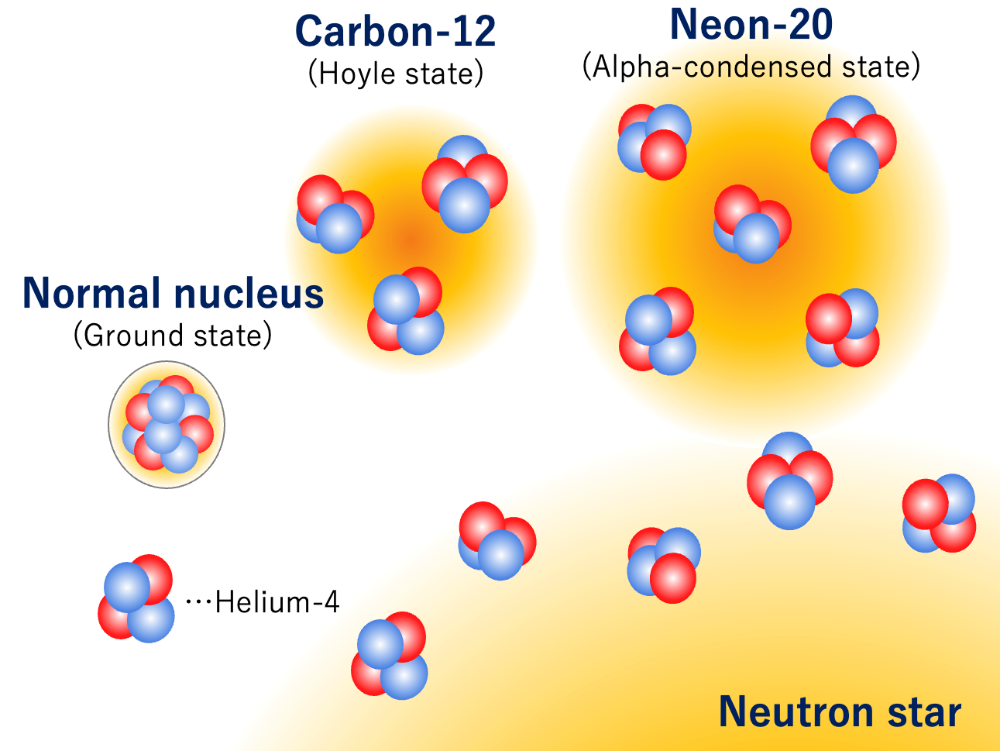 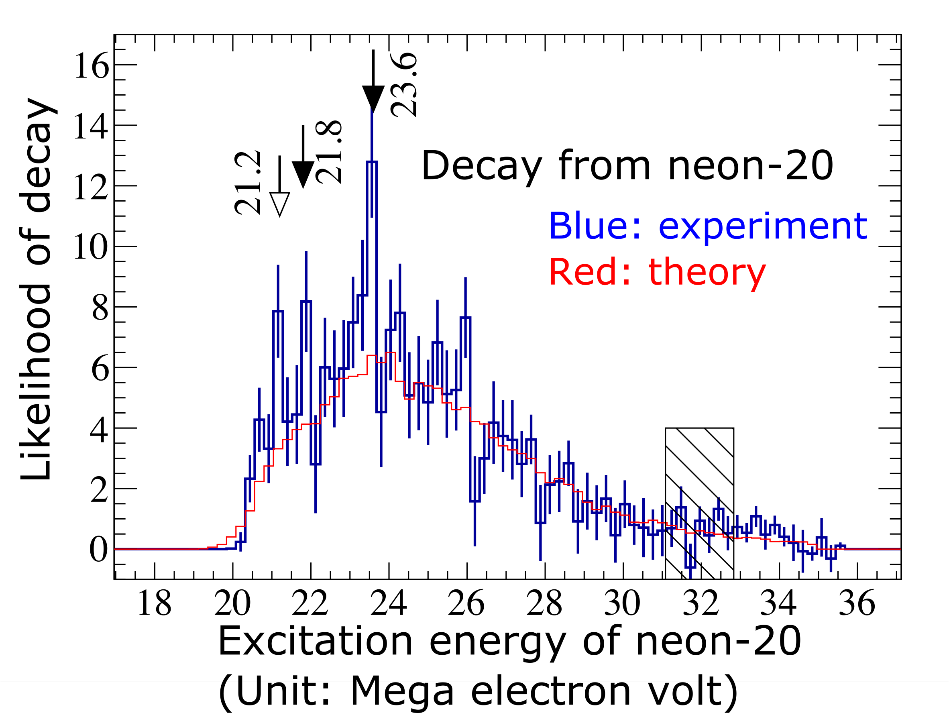 Figure 2. Comparison of the likelihood of a certain alpha decay of 20Ne nucleus from the experiment and the theoretical calculation. We observed three peaks which could not be explained by the statistical-decay-model calculation.