Experimental tests of relativistic chemistry will update the periodic table

Researchers from Osaka University are better understanding the chemistry of superheavy elements, which will help explain important discrepancies in the periodic table and may eventually lead to the development of new materials

All chemistry students are taught about the periodic table, an organization of the elements that helps you identify and predict trends in their properties. For example, science fiction writers sometimes describe life based on the element silicon because it is in the same column in the periodic table as carbon.

In a recent study in Nature Chemistry, researchers from Osaka University studied how single atoms of superheavy rutherfordium metal react with two classes of common bases. Such experiments will help researchers use relativistic principles to better utilize the chemistry of many elements.

"We prepared single atoms of rutherfordium at RIKEN accelerator research facility, and attempted to react these atoms with either hydroxide bases or amine bases," explains Yoshitaka Kasamatsu, lead author on the study. "Radioactivity measurements indicated the end result.”

"If we had a way to produce a pure rutherfordium precipitate in larger quantities, we could move forward with proposing practical applications," says senior author Atsushi Shinohara. "In the meantime, our studies will help researchers systematically explore the chemistry of superheavy elements."

Relativistic chemistry explains why bulk gold metal is not silver-colored, as one would expect based on periodic table predictions. Such chemistry also explains why mercury metal is a liquid at room temperature, despite periodic table predictions. There may be many unforeseen applications that arise from learning about the chemistry of superheavy elements. These discoveries will depend on newly reported protocols and ongoing fundamental studies such as this one by Osaka University researchers. 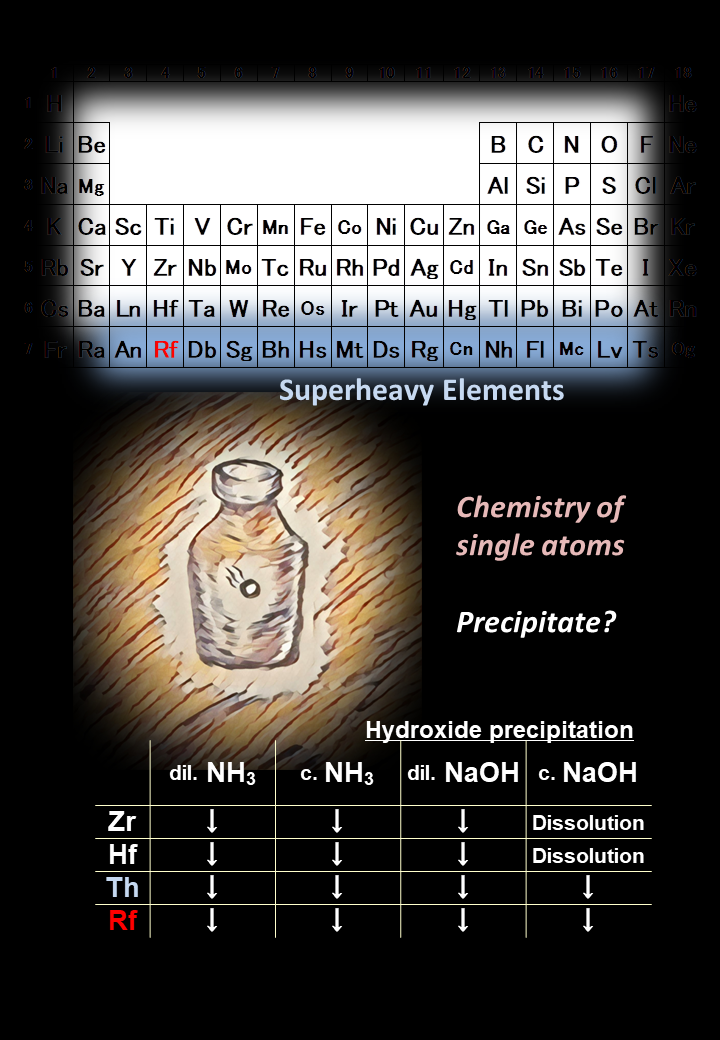 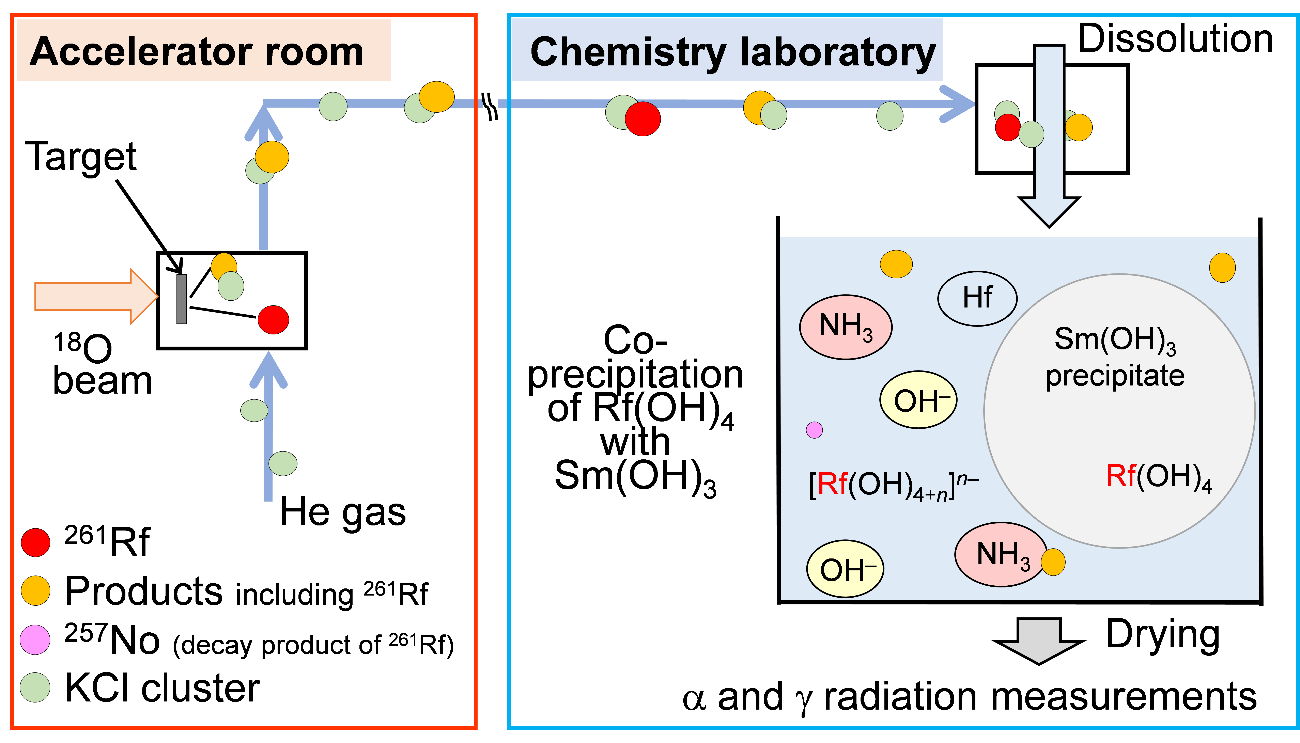