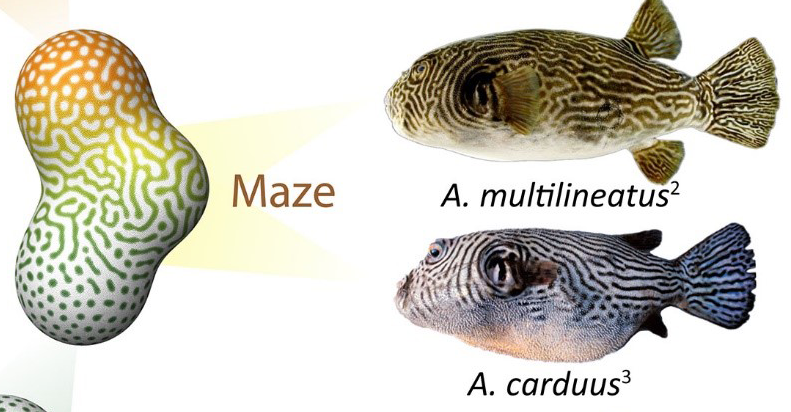 The making of mysterious mazes: how animals got their complex colorations

Why do leopards have spots and zebras have stripes? Many biologists have tried to answer these questions and have provided interesting hypotheses, including camouflage, thermoregulation, and insect repellent. However, it is still difficult to answer the following simple question: How did animals get these skin patterns? Evolutionary mechanisms underlying the diversity of animal colorations, especially complex and elaborate ones, have been largely unexplored.

Now, in a new study published in the journal Science Advances, a researcher at Osaka University shows that complex patterns on animals can evolve through a simple mechanism, namely pattern blending by hybridization.

Comprehensive understanding of the diversity of animal patterns

Each animal lineage has a variety of color patterns. So far, few studies have examined their diversity across the whole range of a lineage; thus, information was limited about what kind of pattern motifs exist and how many species have them. This was one of the reasons for the difficulty in understanding how animal color patterns have evolved.

In this vein, Dr. Seita Miyazawa, a researcher at Osaka University, conducted a pattern analysis on an unprecedented scale of more than 18,000 fish species to investigate the relationships among pattern motifs. By looking at which species with which particular motifs are closely related, Miyazawa found an unexpectedly strong association between intricate maze-like patterns and simple spot patterns.

“This seems counterintuitive because these patterns are very different in appearance,” says Miyazawa, “but it is strikingly consistent with the prediction derived from a mathematical model.”

Previously, by using a mathematical model, Miyazawa and colleagues had presented a hypothesis on animal color pattern formation. They showed that the blending of two simple spot patterns by hybridization resulted in a complex maze-like pattern.

What is predicted from this is the possibility that animals with “maze patterns” have arisen from the blending of patterns by hybridization between species with two different spot patterns. The researcher tested this pattern blending hypothesis by analyzing the patterns and genomes of a representative fish group, pufferfishes of the genus Arothron.

“I found that several fish species with maze patterns have actually been derived from hybridization between light- and dark-spotted species,” says Miyazawa. “Although expected, this was amazing.”

Further analysis suggested that similar pattern blending events may have occurred in many other fish groups. “This indicates that the pattern blending mechanism may be extensively involved in the enrichment of color pattern diversity,” says Miyazawa, “possibly in other animal groups as well.”

In recent years, many findings have been reported that indicate hybridization has been involved in the evolutionary process in many animal species, including modern humans. “Pattern blending may also have contributed to biodiversity as one of the driving forces that hybridization can bring to animal evolution,” says Miyazawa.

"This study could not have been possible without access to the vast and valuable collection of fish photographs from the public databases: FishBase and FishPix. I am deeply grateful to all those involved in the construction and management of these databases, as well as to the fish researchers and fish enthusiasts who contributed the amazing photographs," says Miyazawa. 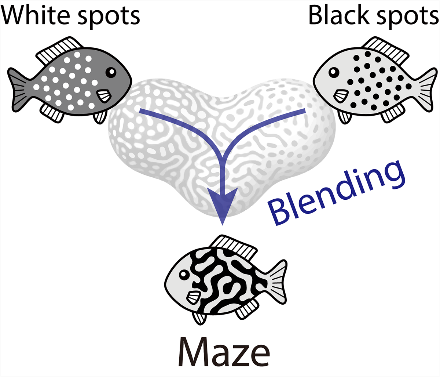 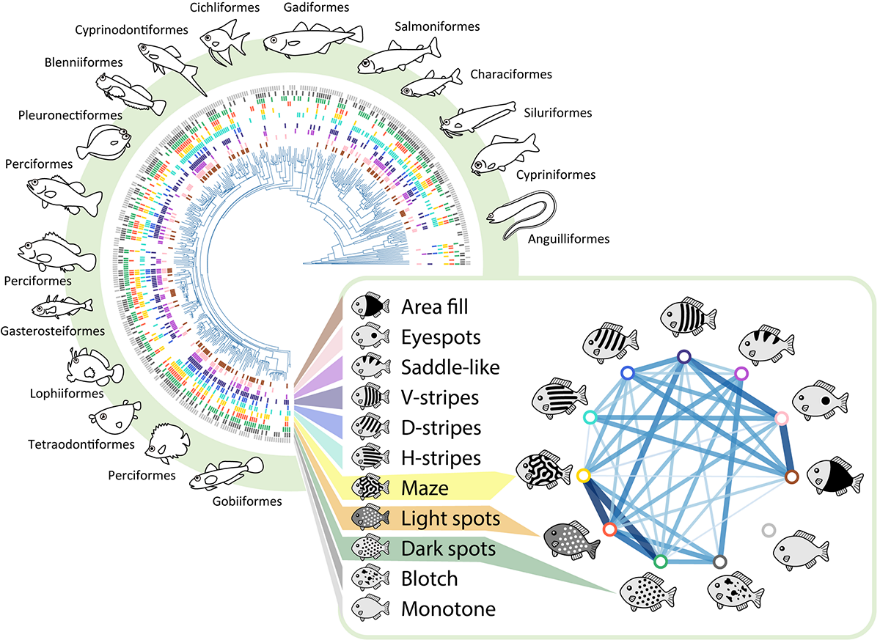 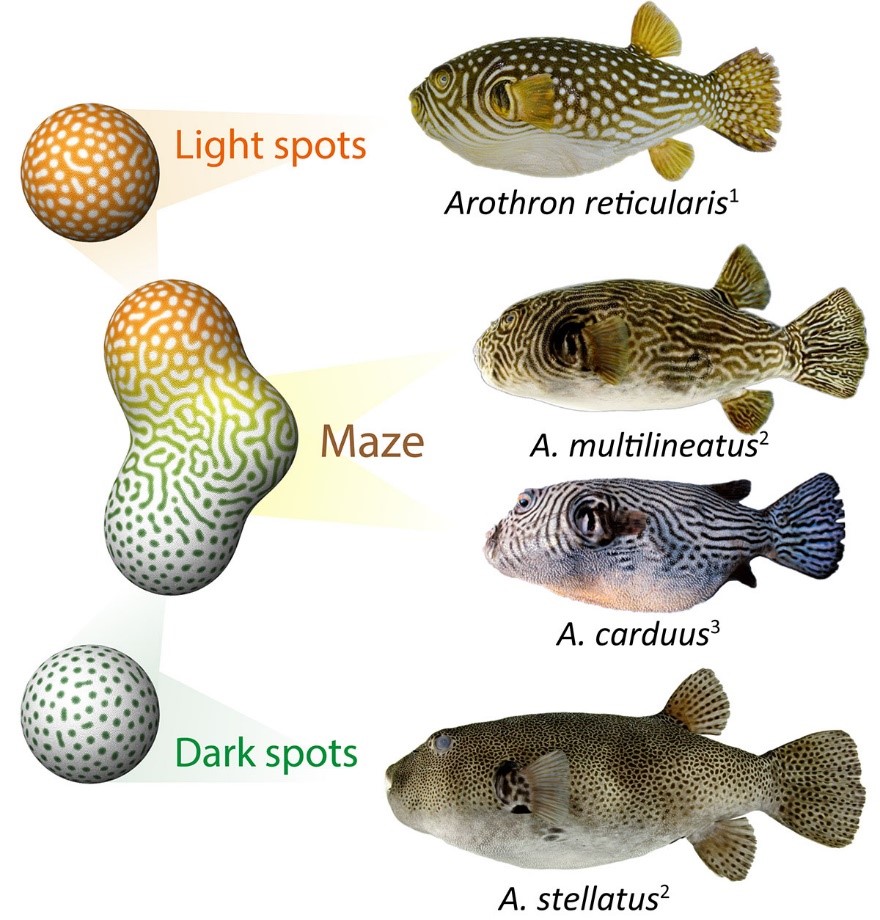 The article, “Pattern blending enriches the diversity of animal colorations,” was published in Science Advances at DOI: https://doi.org/10.1126/sciadv.abb9107.