Not So Fast!: Controlling the Speed of Light Bullets

Though it sounds like something straight out of science fiction, controlling the speed of light has in fact been a long-standing challenge for physicists. In a study recently published in Communications Physics, researchers from Osaka University generated light bullets with highly controllable velocities.

According to Albert Einstein's principle of relativity, the speed of light in free space is constant and cannot be exceeded; however, it is possible to control the group velocity of optical pulses.

In their previous study (Scientific Reports, DOI: 10.1038/s41598-020-68478-1), this group found that by deforming the pulse-front of optical pulses and keeping the phase-front unchanged, the velocity and the acceleration of the generated flying Bessel-Gaussian (diffraction- and dispersion-free) light bullets can be controlled.

“However, the problem is that only one determined motion form, for example, superluminal or subluminal for velocity and accelerating or decelerating for acceleration, can be achieved in a single propagation path,” explains corresponding author Zhaoyang Li.

In this newly improved method, by using the combination of a deformable mirror and a spatial light modulator, the pulse-front of optical pulses can be arbitrarily deformed, which results in light bullets with arbitrarily-variable or -controlled velocities (and corresponding accelerations) during a single propagation path; e.g., subluminal followed by superluminal and/or accelerating followed by decelerating.

“This non-diffraction light bullet with nearly-programmable flying velocities may bring new opportunities in a wide range of applications, such as free-space communication, bio-imaging, optical detection and processing, particle acceleration and manipulation, radiation generation, among others,” says Zhaoyang Li. 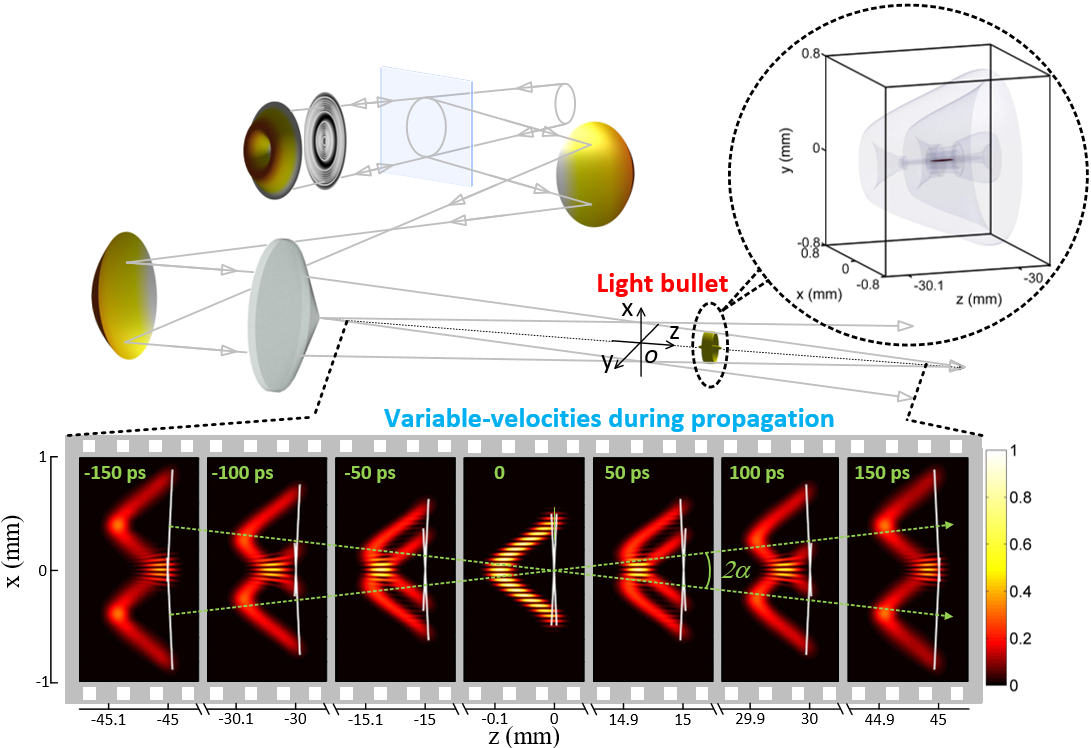