Researchers from Osaka University use non-destructive acoustic monitoring to identify the earliest stages of failure in silicon carbide power electronics, which will help in the design of more-durable power devices

In a study recently published in IEEE Transactions on Power Electronics , researchers from Osaka University monitored in real time the propagation of cracks in a silicon carbide Schottsky diode during power cycling tests. The researchers used an analysis technique, known as acoustic emission, which has not been previously reported for this purpose.

During the power cycling test, the researchers mimicked repeatedly turning the device on and off, to monitor the resulting damage to the diode over time. Increasing acoustic emission corresponds to progressive damage to aluminum ribbons affixed to the silicon carbide Schottsky diode. The researchers correlated the monitored acoustic emission signals to specific stages of device damage that eventually led to failure.

"A transducer converts acoustic emission signals during power cycling tests to an electrical output that can be measured," explains lead author ChanYang Choe. "We observed burst-type waveforms, which are consistent with fatigue cracking in the device."

The traditional method of checking whether a power device is damaged is to monitor anomalous increases in the forward voltage during power cycling tests. Using the traditional method, the researchers found that there was an abrupt increase in the forward voltage, but only when the device was near complete failure. In contrast, acoustic emission counts were much more sensitive. Instead of an all-or-none response, there were clear trends in the acoustic emission counts during power cycling tests.

To date, there has been no sensitive early-warning method for detecting fatigue cracks that lead to complete failure in silicon carbide Schottsky diodes. Acoustic emission monitoring, as reported here, is such a method. In the future, this development will help researchers determine why silicon carbide devices fail, and improve future designs in common and advanced technologies. 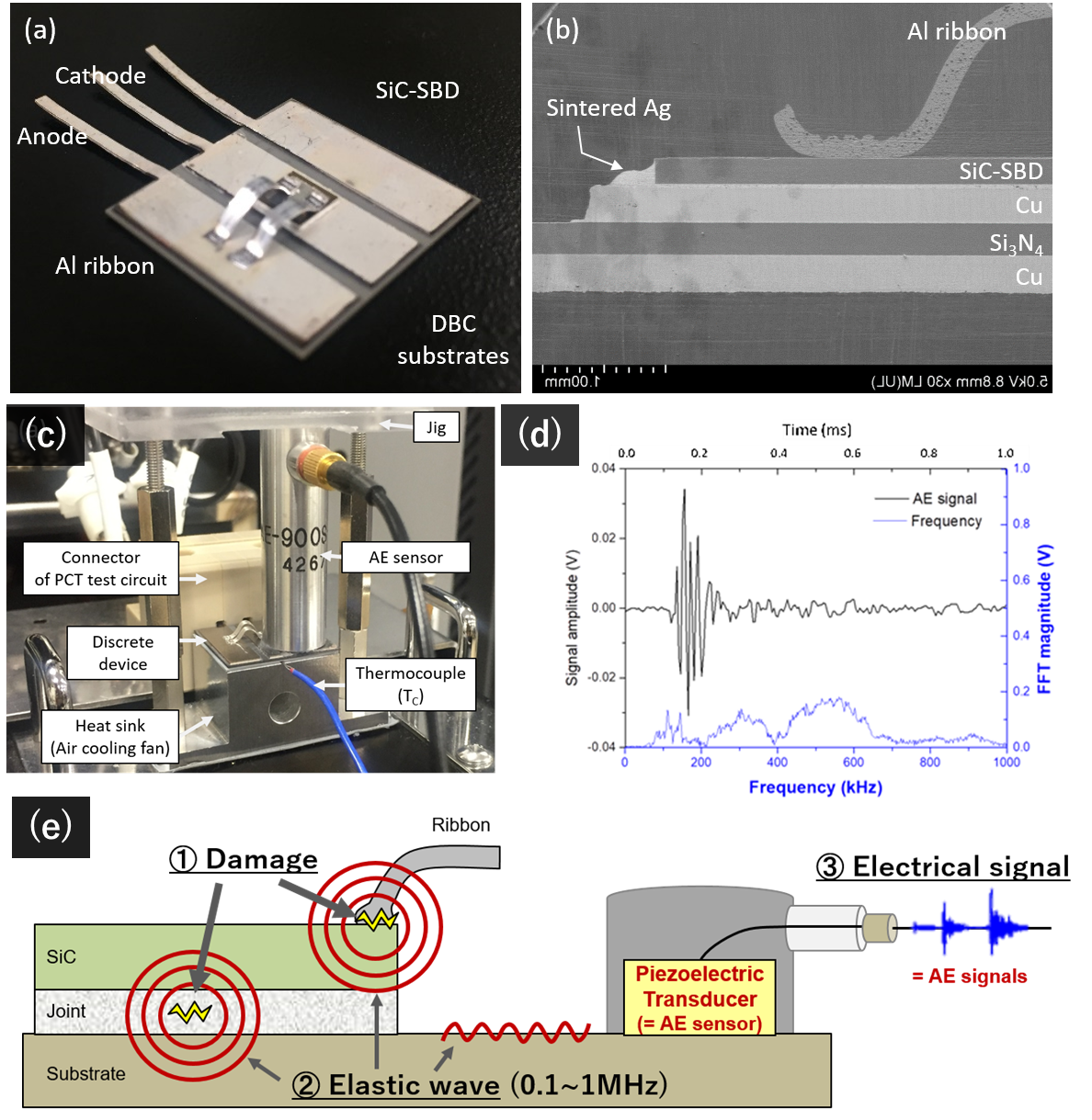 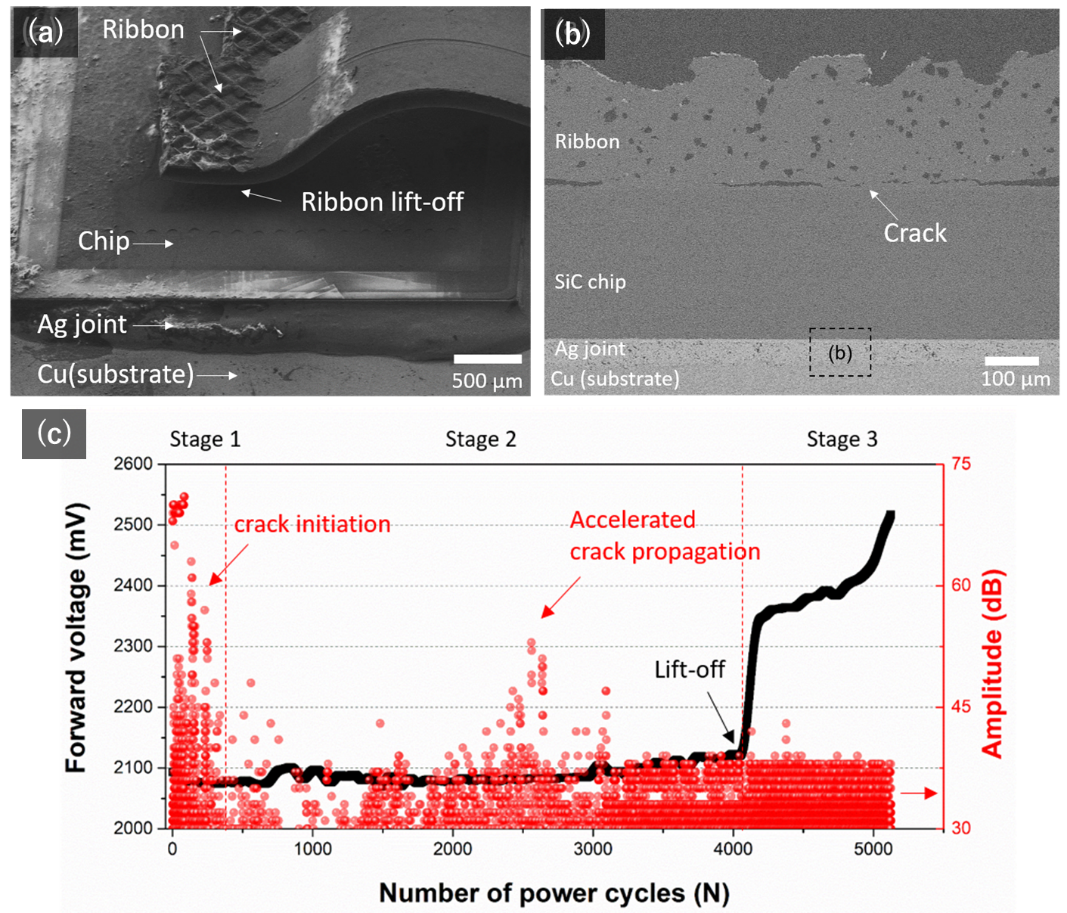 Figure 2. After eliminating background AE noise—including power on-off switching and ambient noise—via noise-filtering, AE signals were successfully collected for the SiC devices during a power cycling test. (a) Lift-off failure analysis results of failed discrete SiC-SBD devices after a power cycling test. (b) Cross section of one pre-failure Al ribbon where many cracks were observed at the interface. (c) AE single monitoring was compared with the traditional failure monitoring method: using the forward voltage during the power cycling test. The results indicate that AE monitoring can be used to understand fatigue propagation in Al ribbons (i.e., the failure mechanism) and also as an early warning before catastrophic lift-off fracture for power electronic devices.