Will lead to practical applications of single-crystal magnetoresistance devices

A group of researchers from Osaka University observed the giant magnetoresistance (GMR) effect in Ag2CrO2 devices.

Since compared to ferromagnets (FMs), the magnetic state is much more difficult to manipulate in AFMs, it has been believed that AFMs do not have any applications. However, as AFM systems with electrical conductivity have been reported, frustrated magnetism is currently a rapid-growth area for research.

GMR effect observed in multilayer thin films are made up of, for example, magnetic Fe and non-magnetic Cr. GMR is widely used as read heads in computer hard disc drives, and the Nobel Prize in Physics 2007 was awarded for the discovery of GMR. However, more than two materials were used for producing the GMR effect and an advanced epitaxy method for thin-film deposition of single crystals was required.

In this study, the researchers turned their attention toward frustrated triangular lattice AFMs, trying to observe GMR using a single crystal. In previous studies, the unavailability of high-quality single crystals made it difficult to measure magnetotransport properties such as GMR values in multilayered structures. Thus, they developed a technique to fabricate micrometer-sized Ag2CrO2, which was close to a single crystal, performing magnetic transport measurements in order to investigate the impact of partially disordered (PD) spin fluctuations on the electrical transport property.

As a result, the researchers observed GMR more than 10 times stronger than conventional magnetic materials under a small magnetic field, proposing a theoretical model in which fluctuations of PD spins played an essential role in the MR in Ag2CrO2.

No studies on materials that exhibit a GMR under a small magnetic field using a single crystal have been reported. The GMR this group observed was the largest MR value, which means that the largest impact of the PD spin fluctuations on electrical transport properties was observed in devices using a micrometer-sized Ag2CrO2. This group’s achievements will be the first step towards the application to new magnetic memory devices using the GMR induced by spin fluctuations. 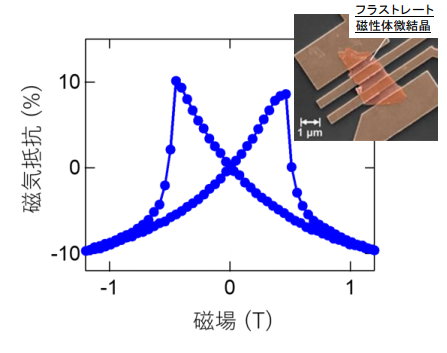 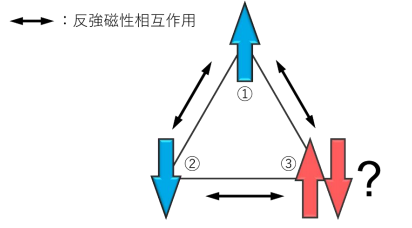