A team of researchers from Osaka University and Osaka Prefectural Otemae Senior High School have demonstrated that it is possible to extract rare metals, such as gold, platinum, and bismuth from a mixture of solid particles.

Because most substances have a markedly low magnetic force, only strong magnetic substances, such as iron, nickel, and sand iron, can be extracted via a conventional magnetic separator. However, a force of attraction or repulsion is generated in most substances, with the size of these forces varying slightly by substance.

The team tried to separate and extract rare metals using an apparatus consisting of small neodymium (NdFeB) magnetic plates and a sample holder. A heterogeneous grain ensemble composed of soil, sand, and rocks (bismuth, gold, graphite and rock forming minerals) was placed on the sample holder in an area of magnetic field gradient and were dropped one by one from an orifice at the bottom of the sample holder.

While particles such as soil, sand, and rocks translate (move in parallel) in the direction of increased magnetic field because of an attractive force, organic substances such as pieces of wood translate in the direction of decreased magnetic field because of a repulsive force. However, rare metals fall vertically without receiving a force in the horizontal direction because their magnetic forces are extremely low. These fallen particles are preserved on the plate at the bottom of the device as different groups of materials.

In experiments, rare metals, such as gold, silver, platinum, indium, and bismuth, were extracted near just below the sample holder. Graphite particles, whose magnetic susceptibility is the largest among existing substances, were recovered on the collecting plate. Earth rocks (the molar concentration of iron: about 1~10 mol/L) were recovered on the collecting plate and the magnetic separation of substances by Fe concentration was also realized. That is, the team confirmed that separation and extraction of most substances in nature were possible in principle by using only small-sized permanent magnets.

This portable and low-cost magnetic separation system exhibits efficiency sufficient for practical use. In addition, because it uses permanent magnets, massive amounts of electricity are not necessary as in the case of a conventional apparatus. Moving forward, this system will be used for analyzing solid particles, separation of precious materials (such as lunar soils and/or the Hayabusa particles recovered from the asteroids), efficient resource exploration by designing the shape of the magnet according to a desired material, and resource recycling technology. 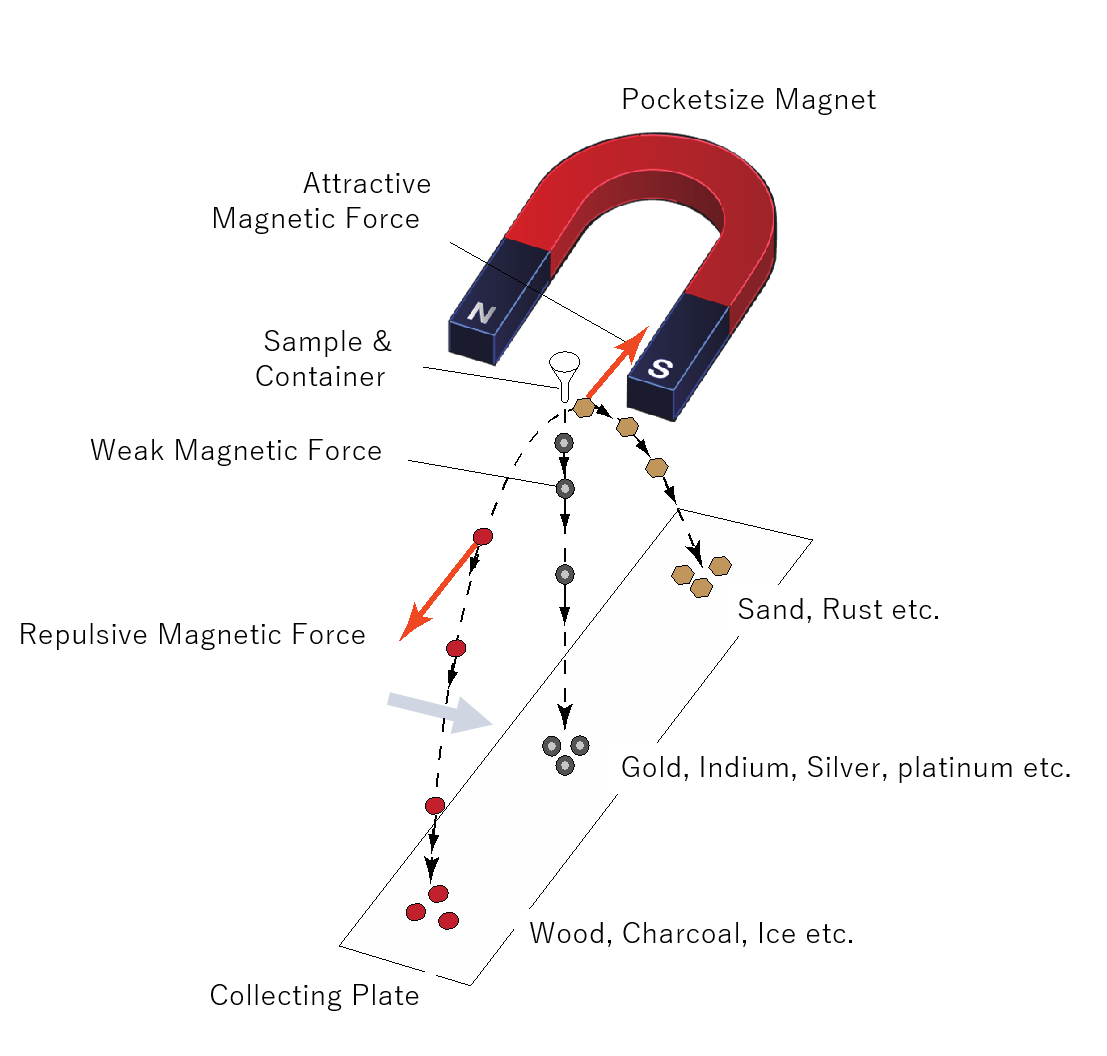 Figure 1. Setup designed for separating mixture of particles into groups of different materials. A niobium magnetic circuit is used in an actual experiment. The picture shown in Figure 2 is taken from the direction of the blue arrow. 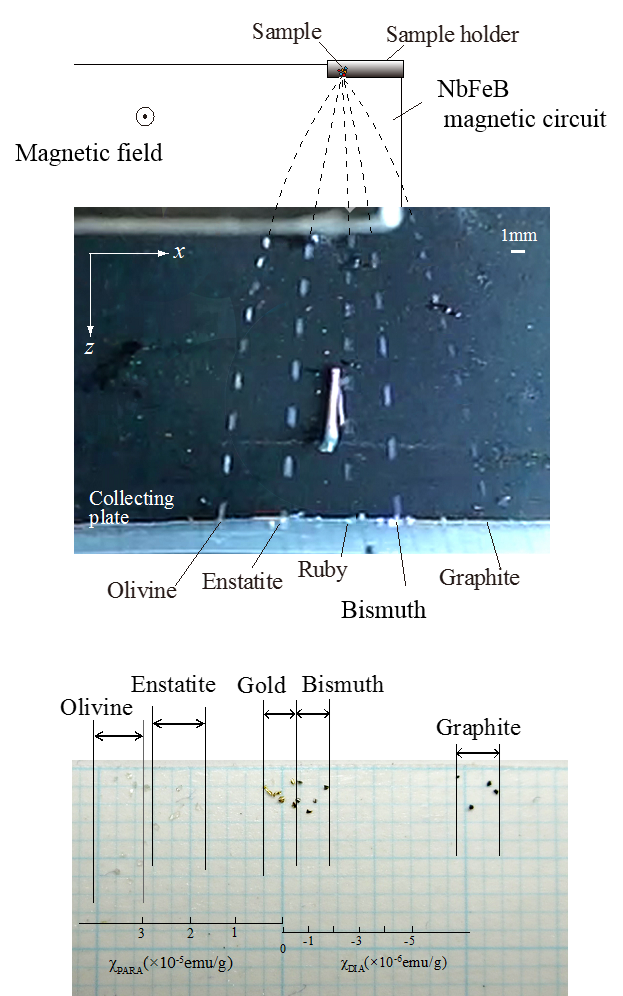 Figure 2. The upper part of figure shows a photograph of the particle separation taken from direction of blue arrow in Figure 1. A picture of the collecting plate taken after the experiment is described in the lower part. 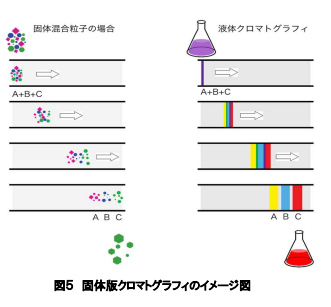 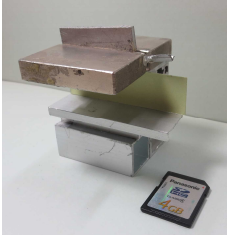 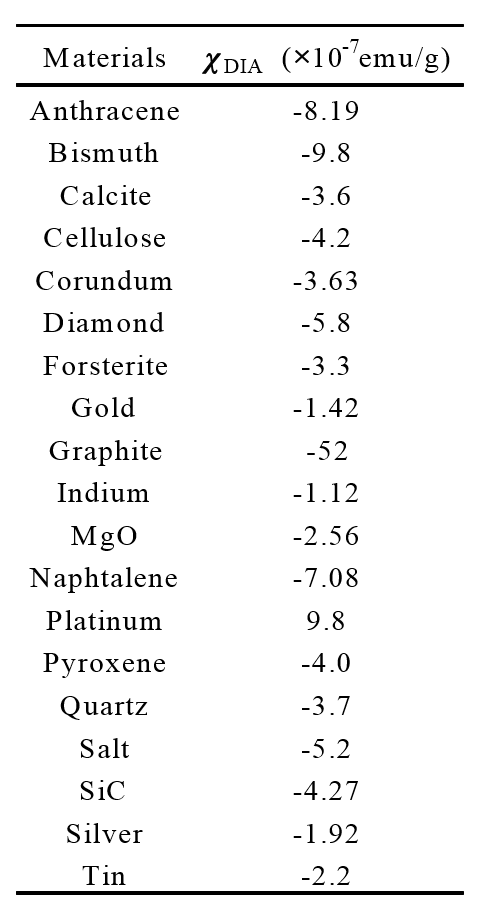 Table 1. Magnetic susceptibility χDIA of some popular materials. By improving the proposed principle, magnetic separation is possible by the small variance of χDIA between different materials, without attaching a magnetic bead to the particle.

The article, “Separation of gold and other rare materials from an ensemble of heterogeneous particles using a NdFeB magnetic circuit” was published in Scientific Reports at DOI: https://doi.org/10.1038/s41598-019-40618-2 .