Through this research, specific protein side-chain conformations and water molecules at ambient temperature, which are different from analysis results of cryo-cooled crystals, were confirmed, a huge advancement. In addition, in comparison with non-cryo crystals, structures not hampered by the radiation damage were obtained, thus confirming the presence of water molecules in previously unknown locations.

The clarification of specific protein conformations and water molecules at ambient temperature and enzyme reactions using this technique could possibly lead to a wide range of applications in medical care and manufacturing industry, such as the design and development of medicines and functional materials.

Atomic resolution structures (beyond 1.20 Å) at ambient temperature, which is usually hampered by the radiation damage in synchrotron X-ray crystallography (SRX), will add to our understanding of the structure-function relationships of enzymes. Serial femtosecond crystallography (SFX) has attracted surging interest by providing a route to bypass such challenges. Yet the progress on atomic resolution analysis with SFX has been rather slow. In this report, we describe the 1.20 Å resolution structure of proteinase K using 13 keV photon energy. Hydrogen atoms, water molecules, and a number of alternative side-chain conformations have been resolved. The increase in the value of B-factor in SFX suggests that the residues and water molecules adjacent to active sites were flexible and exhibited dynamic motions at specific substrate-recognition sites. 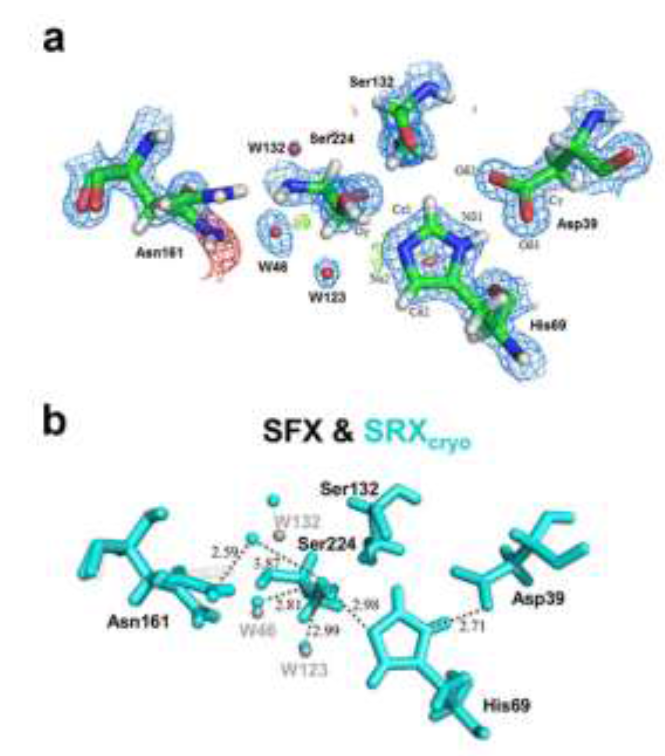 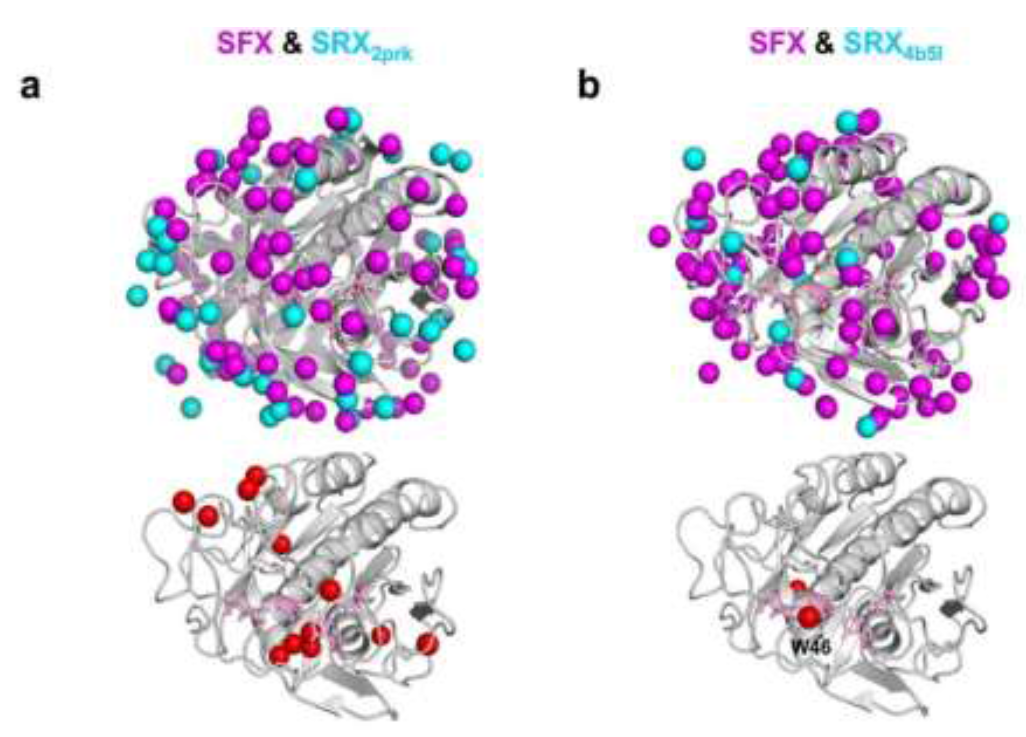 To learn more about this research, please view the full research report entitled “ Atomic resolution structure of serine protease proteinase K at ambient temperature ” at this page of the Scientific Reports website.