A group of researchers from Osaka University, The University of Tokyo, Kyoto University, and the National Institute for Materials Science precisely conducted current-fluctuation (“shot noise”) measurement in the graphene p – n junction in the quantum Hall regime. This group found that the non-zero shot noise appears in the bipolar regime of the junction, while the noise is absent in the unipolar regime. This clearly tells that the electron partition process exists at the co-propagating edge states along the p – n junction. This group's achievement, which is consistent with the theory predicted in 2008, gives microscopic evidence that the edge states are mixed along the junction for the first time. This is an important step toward clarifying the unique nature of the electron partition process in graphene and designing new-type electron interferometer devices using graphene in the quantum Hall regime.

Massless Dirac electron systems such as graphene exhibit a distinct half-integer quantum Hall effect, and in the bipolar transport regime co-propagating edge states along the p–n junction are realized. Additionally, these edge states are uniformly mixed at the junction, which makes it a unique structure to partition electrons in these edge states. Although many experimental works have addressed this issue, the microscopic dynamics of electron partition in this peculiar structure remains unclear. Here we performed shot-noise measurements on the junction in the quantum Hall regime as well as at zero magnetic field. We found that, in sharp contrast with the zero-field case, the shot noise in the quantum Hall regime is finite in the bipolar regime, but is strongly suppressed in the unipolar regime. Our observation is consistent with the theoretical prediction and gives microscopic evidence that the edge states are uniquely mixed along the p–n junction. 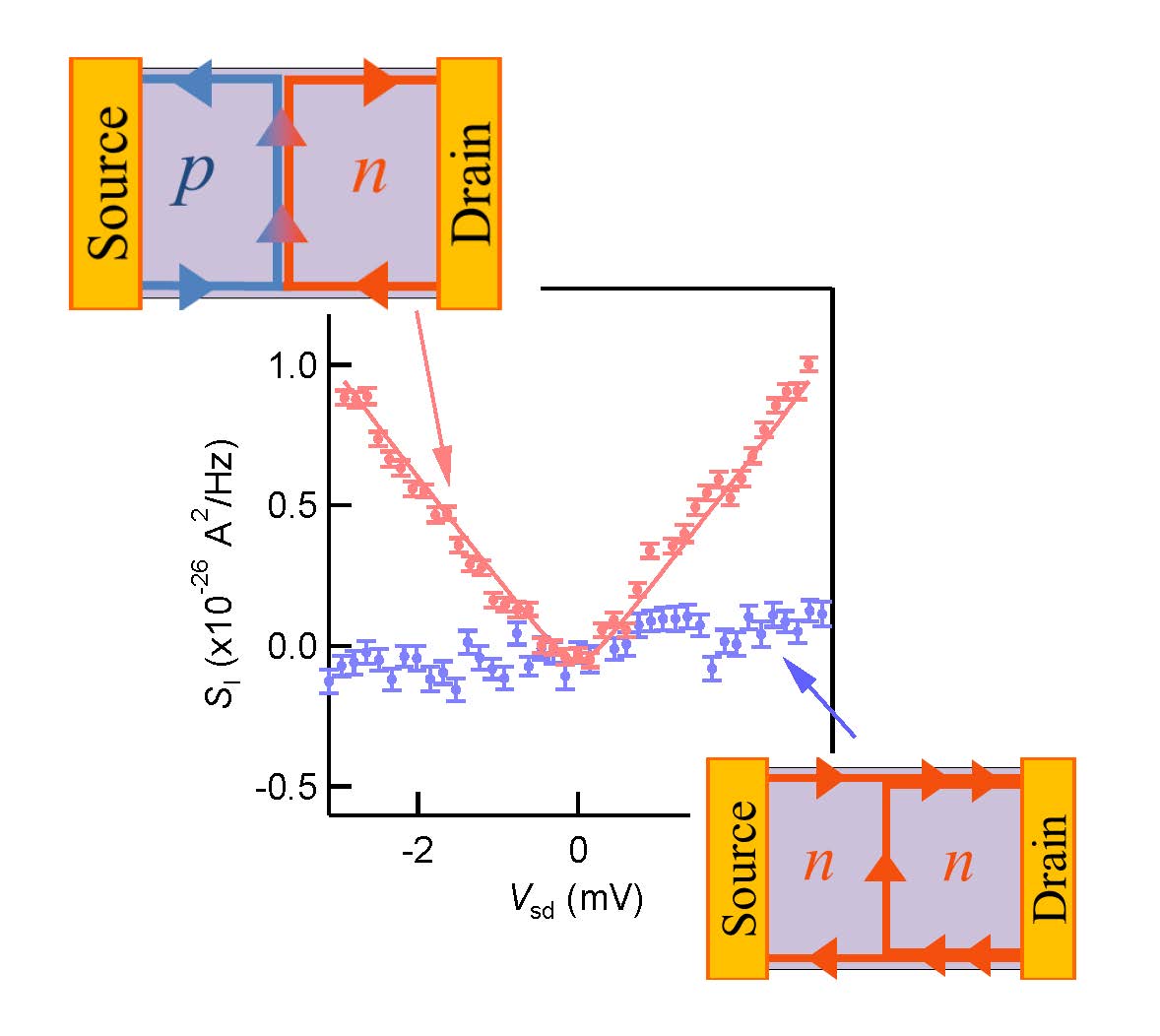 Figure 1. Result of the shot noise measured in our device. Non-zero shot noise due to the electron partition process is observed in the p-n junction case (red dots). On the other hand, there appears no noise in the unipolar regime (blue dots).

To learn more about this research, please view the full research report entitled " Edge Mixing Dynamics in Graphene p-n Junctions in the Quantum Hall Regime " at this page of the Nature Communications website.