The development of vascularized 3D tissue constructs in vitro is a growing research area in tissue engineering and in other fields of biology and medical research. In this dissertation, we attempt to develop a method for fabricating vascularized 3D tissue constructs in vitro with a bottom up approach: 3D tissues are assembled from non-diffusion-limited-sized tissue parts, which can be shaped as sheets, spheroids, fibers or other types of cellular aggregates. The author chose to use a tubular construct and cellular spheroids as the basic building blocks for assembling 3D tissues.

We assembled a 3D tissue construct with a solid fiber wrapped with a human endothelial cells layer and human hepatoma cell-enclosing capsules with outer human endothelial cells layer. A fiber structure was used for the production of a tubular construct in the tissue (simulating an artery or a vein) after fiber degradation. The capsule assembly made up the engineered tissue. The human endothelial cells layer wrapped on the capsule surfaces provided the original cellular source for vascularizing the tissue construct and pre-regulated the distribution of the resultant vascular network (simulating the capillary network). Because the cell-enclosed capsule was used as a tool for manufacturing cellular spheroids, the 3D tissue constructs obtained in this work possessed high cell density. The existence and the rational distribution of the vascular structures allowed internal cells to maintain a high viability. In addition, the perfusion results of 3-µm particles suggested the potential function of these vascular structures for transporting mass to the whole tissue construct similar to the function of normal blood vessels in our bodies.

In summary, this dissertation has successfully established a simple but efficient method for fabricating vascularized 3D tissues with high cell density and functional vascular structure. Considering the promising results, the author anticipates that this method will greatly contribute to develop in vitro tissues with complex architectures and functions comparable to normal tissues for various fields of use.

Abstract
Construction of 3-dimentional (3D) tissues in vitro is a growing research area with the ultimate goal of replacing or restoring physiological functions of tissues or organs lost due to disease or injury. The vascularization of the thick tissues (i.e. millimeter-thick) is required for internal cells to overcome the diffusion limitations of oxygen and nutrients; however, this still remains an issue. The aim of this dissertation is to develop a method of directly assembling vascularized micro tissue constructs as elemental parts with a non-diffusion-limited size to generate millimeter-thick 3D tissue constructs.
In Chapter 1, the concepts and methodologies described in previous reports for fabricating 3D tissue constructs were summarized to clarify the problems that should be solved and the strategies employed in this study.

In Chapter 2, cell-enclosed hydrogel fiber templates with cell adhesive surfaces were developed for the preparation of tubular and filamentous constructs. The fiber templates were composed of alginate derivative (alginate-Ph) possessing phenolic hydroxyl (Ph) moieties and coated by gelatin derivative (gelatin-Ph) possessing Ph moieties via a horseradish peroxidase (HRP)-catalyzed cross-linking reaction. The on-demand degradability of the hydrogel templates was also confirmed.

In Chapter 3, cell-enclosed hydrogel capsules were developed as a tool for manufacturing cellular spheroids with an outer vascular cells sheath. New hydrogels were developed for producing the capsules. Amylopectin-Ph was prepared to form a serum removable hydrogel that was applied for the formation of the hollow core in the capsules as a sacrificial template. The impact of composition of alginate-Ph and gelatin-Ph in conjugated hydrogels on cell adhesiveness and degradability by alginate lyase was clarified, in order to allow the alginate-Ph and gelatin-Ph conjugated hydrogel to be used to compose the membrane of the capsule.

In Chapter 5, the studies for this dissertation were summarized and the suggestions for future work were proposed.

This work offers a new avenue to produce vascularized 3D tissue constructs in vitro for the replacement or restoration of the functions of natural tissues or organs. 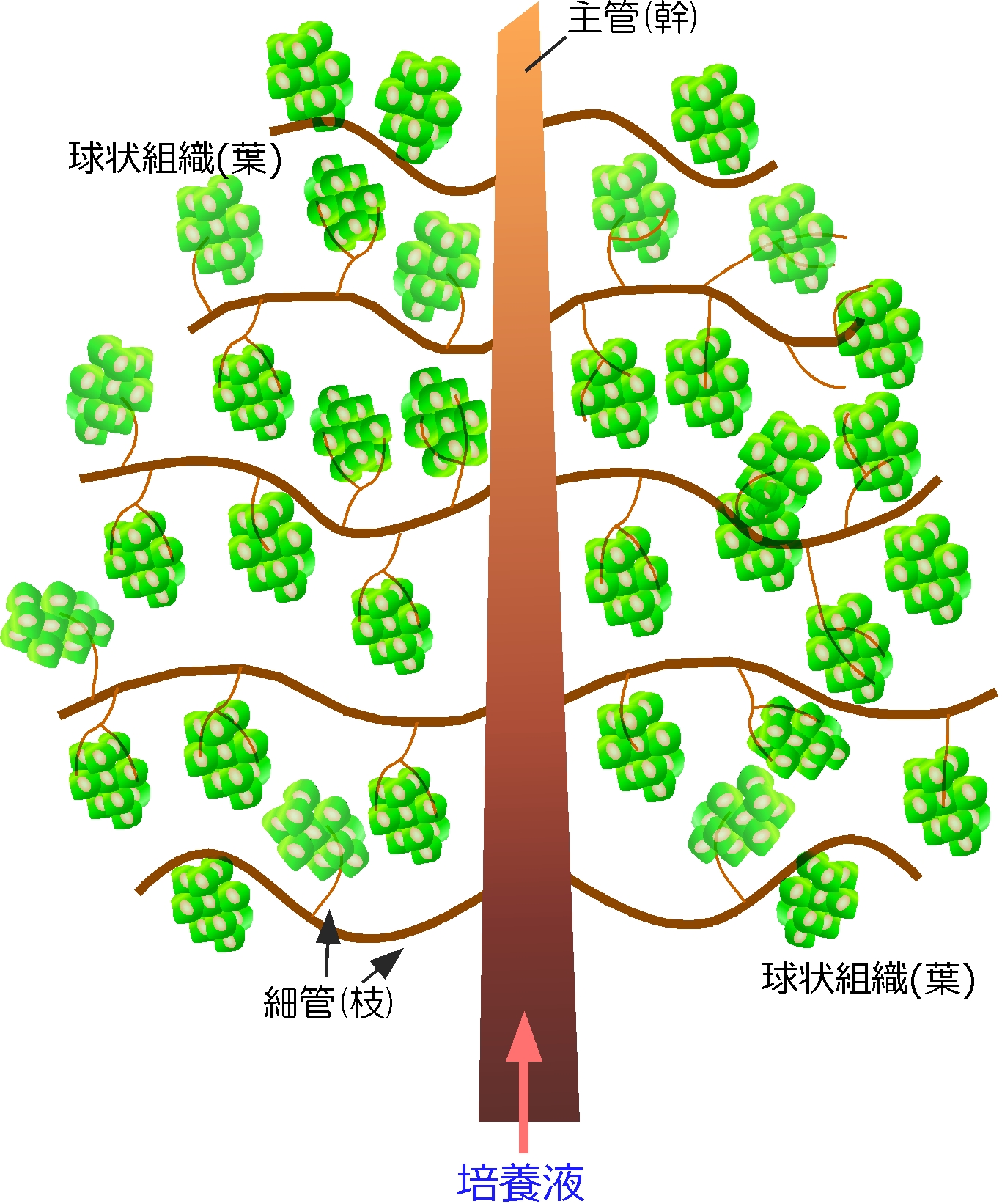 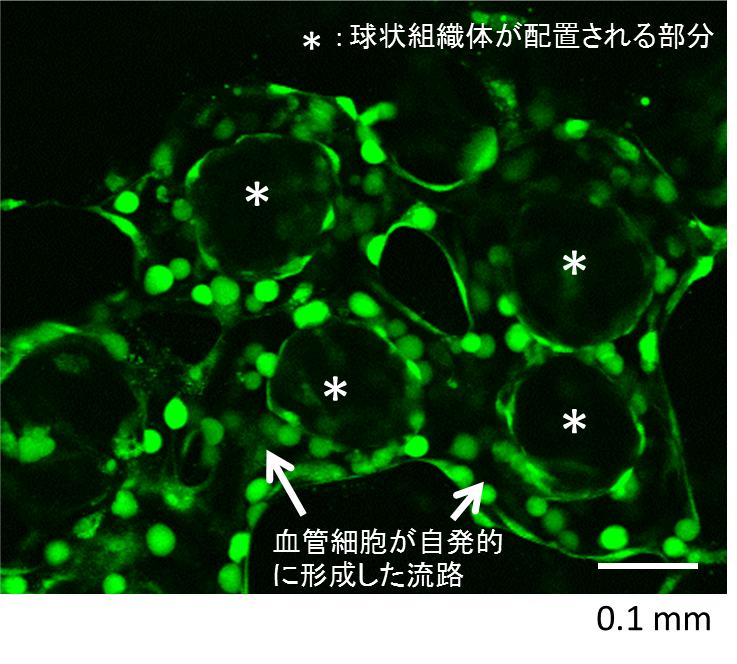