Registrations processed at PDBj account for about 23% of world registration.

Under the sponsorship of National Bioscience Database Center, Japan Science and Technology Agency, in cooperation with Europe and the U.S., Osaka University's Institute for Protein Research manages the Protein Data Bank Japan ( PDBj ). The institute receives information about the cubic structure of biological polymers including proteins, organizes, registers, and releases this information to the public. On May 14, 2014, the entry of 219 structures added to the PDB brought the total number of entries at the PDB to 100,147. Registrations processed at the PDBj account for about 23 percent of the world registration.

In the 1950s, scientists started to analyze the cubic structure of proteins and DNA at the atomic level using X-ray crystallographic analysis. These structural analyses opened up the new age of structural biology. Accumulating and sharing these analyzed data was important. Thus, as the data base of cubic structure data of biological polymers including proteins and nucleic acid, the Protein Data Bank (PDB) was established in the U.S. in 1971 through the joint initiatives between the U.S. and the UK. One of the structures registered in the PDB in the early stage was the structure of myoglobin and oxygen clarified by two Nobel Prize laureates: John Kendrew and Max Perutz in 1958.

In 2003, the UK and Japan joined this initiative, the PDB developed as the Worldwide PDB (wwPDB). Since then, the wwPDB has accumulated and managed valuable data keeping its quality and continued to release the data for scientists in the world free of charge. The PDB developed rapidly. Since 2008, the data has doubled and more than 200 structures have been released every week. The database receives hundreds of millions of hits per year from researchers, students, and educators who want to study the relationship between proteins, clarify their biological mechanisms, and develop new drugs.

Since its beginning, the PDB has been managed by the researcher community as an important source of information in biology research. Members of the wwPDB have been involved in its management with help from specialists regarding registration, compilation, and display of data as well as data verification criteria. With the dramatic increase of data, the importance of this data bank has grown as a source of information for life science research and drug development. 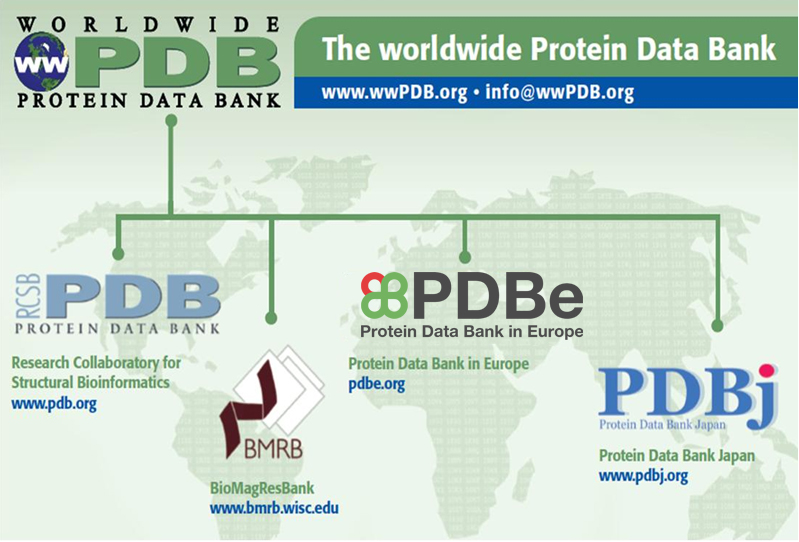