A team of 12 researchers at institutions in Japan and Canada, five of whom are affiliated with Osaka University, have succeeded in obtaining data from experiments that strongly support the major role that acid rain likely played in the mass extinction event at the end of the Age of Dinosaurs, 65.5 million years ago following the Chicxulub impact.

Heretofore, intense global acid rainfall had been proposed as a mechanism for the demise of organisms at the Cretaceous/Palaeogene boundary; however, such a proposal had remained primarily theoretical due to the absence of experimental data demonstrating the likely chemical composition of sulfur-rich vapor clouds generated by an impact such as that of the asteroid that created the Chicxulub crater. This team of researchers, making use of facilities at Osaka University's Institute of Laser Energy , succeeded in creating experimental conditions and findings which closely duplicated the chemical compounds thrown up into the atmosphere by the impact of the asteroid. In this way, they discovered that while both sulfur dioxide and sulfur trioxide would have been created in large amounts, sulfur trioxide was almost certainly created in greater quantities. Moreover, in addition to the two sulfur oxide gases, silicate particles were also thrown into the atmosphere in even larger amounts. As they fell back to earth, these silicate particles would have scavenged sulfuric acid particles from the air as they fell.

While earlier theoretical studies had assumed that airborne sulfuric acid took as much as perhaps several months to fall back to earth, these researchers succeeding in demonstrating that likely as much as 70% of the sulfuric acid aerosols had fallen back to the surface of the earth --the land, sea, and fresh water bodies-- within 2 days! Such being the case, the worldwide extinction of marine plankton, species on land and in fresh water, and the spike in the growth of ferns following the Chicxulub impact makes perfect sense due to such intense acidification.

The mass extinction event at the Cretaceous/Palaeogene boundary 65.5Myr ago has been widely attributed to the Chicxulub impact, but the mechanisms of extinction remain debated. In the oceans, near-surface planktonic foraminifera suffered severe declines, in contrast to the relatively high survival rates of bottom-dwelling benthic foraminifera. The vapour produced by an impact into Chicxulub’s target rocks, which include sulphate-rich anhydrite, could have led to global acid rain, which can explain the pattern of oceanic extinctions. However, it has been suggested that most of the sulphur in the target rocks would have been released as sulphur dioxide and would have stayed in the stratosphere for a long time6. Here we show, from impact experiments into anhydrite at velocities exceeding 10 km s-1, that sulphur trioxide dominates over sulphur dioxide in the resulting vapour cloud. Our experiments suggest that the Chicxulub impact released a huge quantity of sulphur trioxide into the atmosphere, where it would have rapidly combined with water vapour to form sulphuric acid aerosol particles. We also find, using a theoretical model of aerosol coagulation following the Chicxulub impact, that larger silicate particles ejected during the impact efficiently scavenge sulphuric acid aerosol particles and deliver the sulphuric acid to the surface within a few days. The rapid surface deposition of sulphuric acid would cause severe ocean acidification and account for preferential extinction of planktonic over benthic foraminifera. 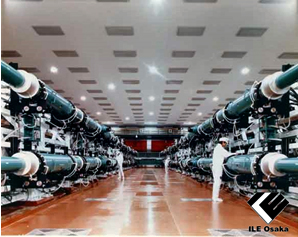 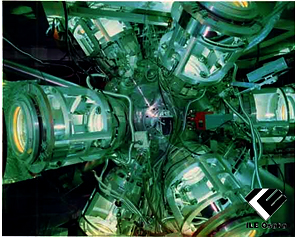 To learn more about this research, please read the full research report entitled " Production of sulphate-rich vapour during the Chicxulub impact and implications for ocean acidification " at this page of the nature geoscience website.