In your home, storing books on a bookshelf, tools in a tool box, and a broom in a broom cupboard makes it easy to access these items whenever you need them. Within the body, hematopoietic stem cells (HSCs) reside in their own specialized “spots” in the bone marrow known as HSC niches. Recently, researchers in Japan have identified genes that play a key role within these niches.

In a new study published in Nature Communications, researchers led by Osaka University have shed new light on the role of transcription factors Runx1 and Runx2 in the bone marrow microenvironments known as HSC niches. HSC niches are essential for the maintenance of HSCs, which give rise to blood cells.

A major component of HSC niches is a cell type known as CXC chemokine ligand 12-abundant reticular (CAR) cells. CAR cells express signaling molecules known as cytokines that are important for the maintenance of hematopoietic stem and progenitor cells (HSPCs). The team previously found that CAR cells express a transcription factor called Runx2, which is known to play a role in the development of the skeleton. In this study, they newly found that CAR cells also express Runx1, which is known to be essential for development of hematopoietic stem cells. However, it is completely unknown how Runx transcription factors function in the maintenance of HSC niches, which prompted the research team to investigate this role.

“To evaluate the impact of Runx transcription factors on the bone marrow, we used mouse models in which Runx1 and/or Runx2 was deleted specifically within CAR cells,” says lead author Yoshiki Omatsu.

“Our results strongly indicate the essential role of Runx1 and/or Runx2 in the inhibition of fibrosis and maintenance of the HSC niche,” says senior author Takashi Nagasawa. 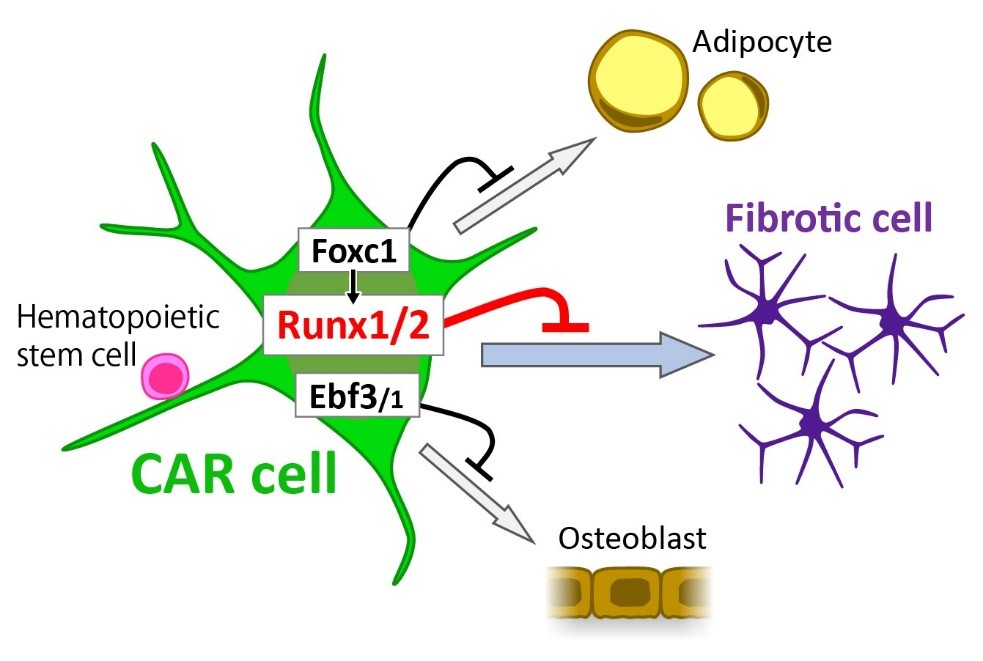 2022 Yoshiki Omatsu et al. Runx1 and Runx2 inhibit fibrotic conversion of cellular niches for hematopoietic stem cells. Nature Communications. Used under CC BY (https://creativecommons.org/licenses/by/4.0/). Only text in the figure was changed from original. 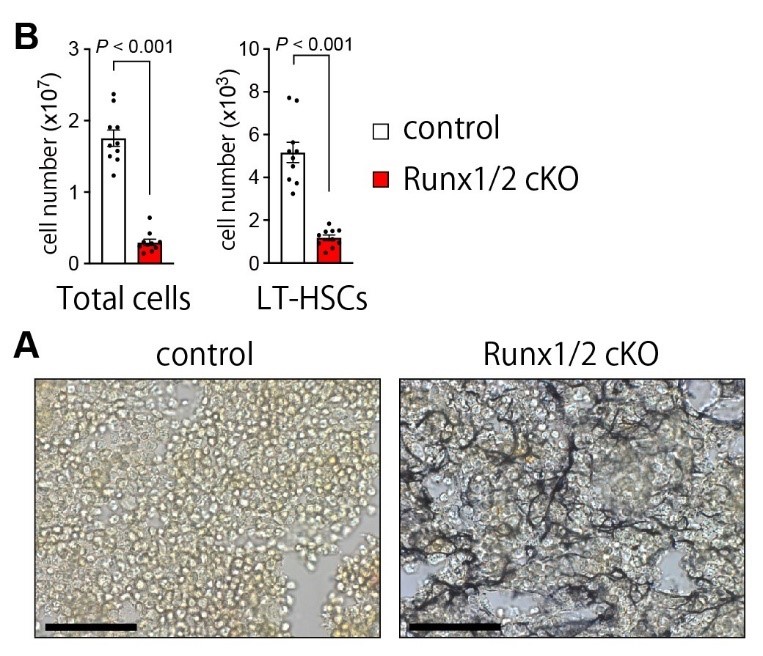 Fig.2 Mice lacking Runx1/2 in CAR cells display severe defects of hematopoiesis (A) and massive fibrosis (B) in the bone marrow.

2022 Yoshiki Omatsu et al. Runx1 and Runx2 inhibit fibrotic conversion of cellular niches for hematopoietic stem cells. Nature Communications. Used under CC BY (https://creativecommons.org/licenses/by/4.0/). Only text in the figure was changed from original.

The article, “Runx1 and Runx2 inhibit fibrotic conversion of cellular niches for hematopoietic stem cells,” was published in Nature Communications at DOI: https://doi.org/10.1038/s41467-022-30266-y.