My heart will go on: patient-derived heart cells mimic disease in vitro

In a study published in January in Stem Cell Reports, researchers from Osaka University report that heart cells from a patient with an inherited heart disease called arrhythmogenic cardiomyopathy do not contract correctly when grown in the laboratory, and that replacing the mutated gene responsible for this effect fixes this defect.

Arrhythmogenic cardiomyopathy occurs due to mutations in genes involved in desmosomes, which form ‘welds’ between cells that help them communicate and move in a coordinated way. One of these genes, PKP2, encodes a protein known as plakophilin-2 that is crucial to maintaining heart cell structure.

“Previous studies carried out in cardiomyocytes have shown that mutations in PKP2 play a pathological role in arrhythmogenic cardiomyopathy,” says lead author of the study Hiroyuki Inoue. “However, the cells used in those experiments were derived from healthy individuals and were not assessed for contractile function.”

To investigate how cells derived from patients behave in the laboratory, the researchers first took a blood sample from a young patient with arrhythmogenic cardiomyopathy, induced some of the blood cells to become stem cells, and then differentiated these stem cells into heart cells. They then modified this original batch of heart cells into three different cell lines with precisely adjusted PKP2 expression based on how many mutated or intact copies of the gene were present.

“The cells with two mutated copies of PKP2 clearly exhibited reduced contractility and impaired desmosome assembly due to plakophilin-2 deficiency,” explains Shuichiro Higo, senior author. “These effects were also observed in cells with only one mutated copy of PKP2, although they were less severe.”

Replacing the mutated PKP2 with an intact copy of the gene repaired the defects in both cell contraction and desmosome assembly, which the researchers were able to observe using a time-lapse approach and fluorescently labeled desmosomes.

“These findings suggest that our cardiomyocyte cell lines recapitulate the pathology of arrhythmogenic cardiomyopathy and provide a rapid and convenient platform for developing gene-based therapies for this disease,” says Higo.

Given that PKP2 is the most common gene associated with arrhythmogenic cardiomyopathy, and that PKP2 mutations can lead to severe disease, new therapeutic approaches could help halt disease progression. The findings from this study suggest that gene replacement therapy could be a valuable way of treating patients with this condition and the cell lines created in this study are a viable model to test new therapies for arrhythmogenic cardiomyopathy on. 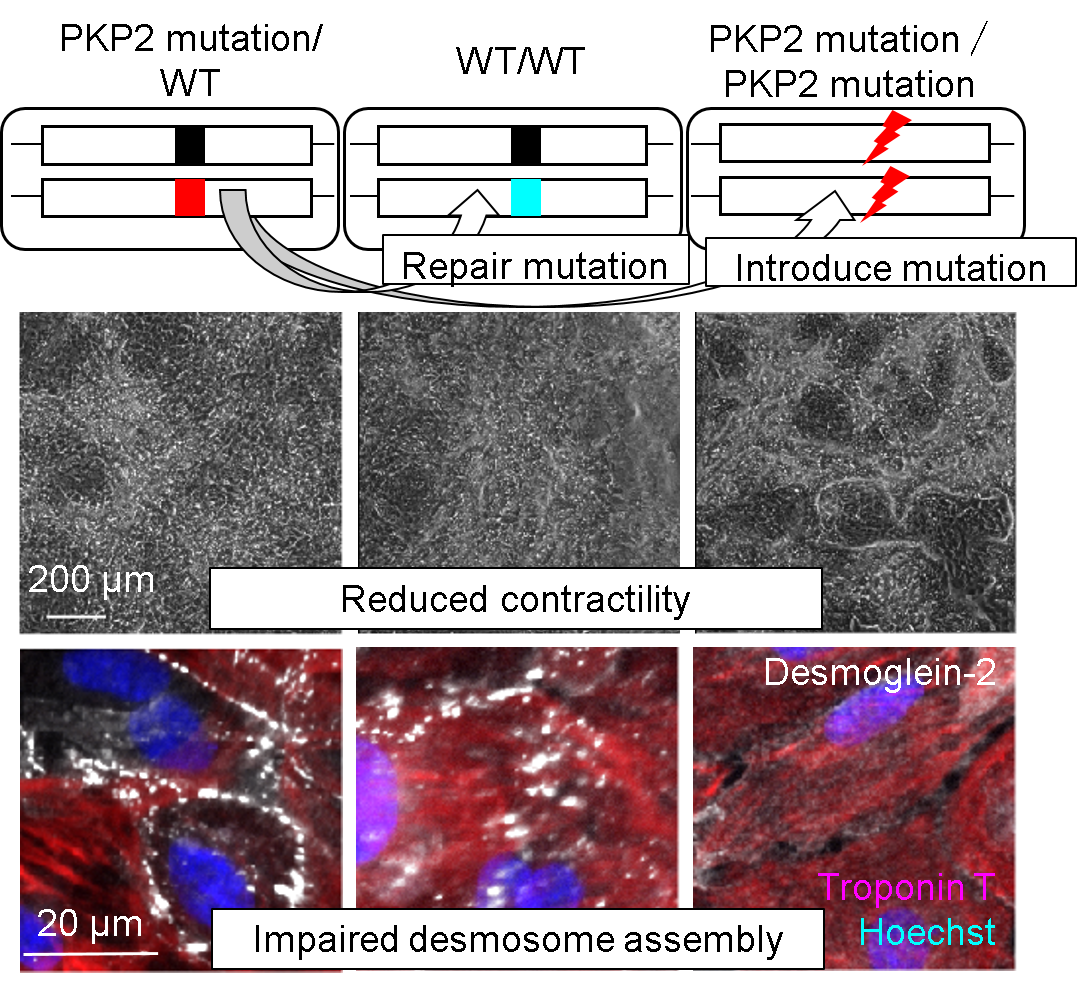 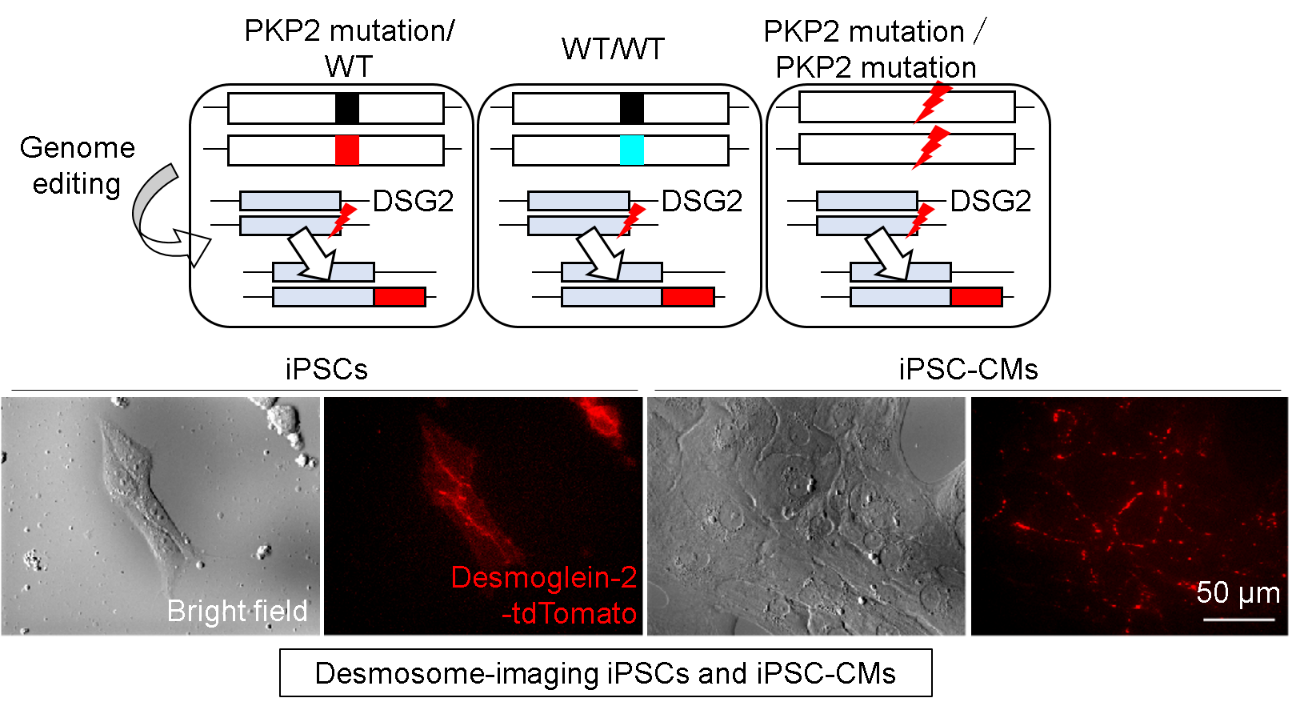 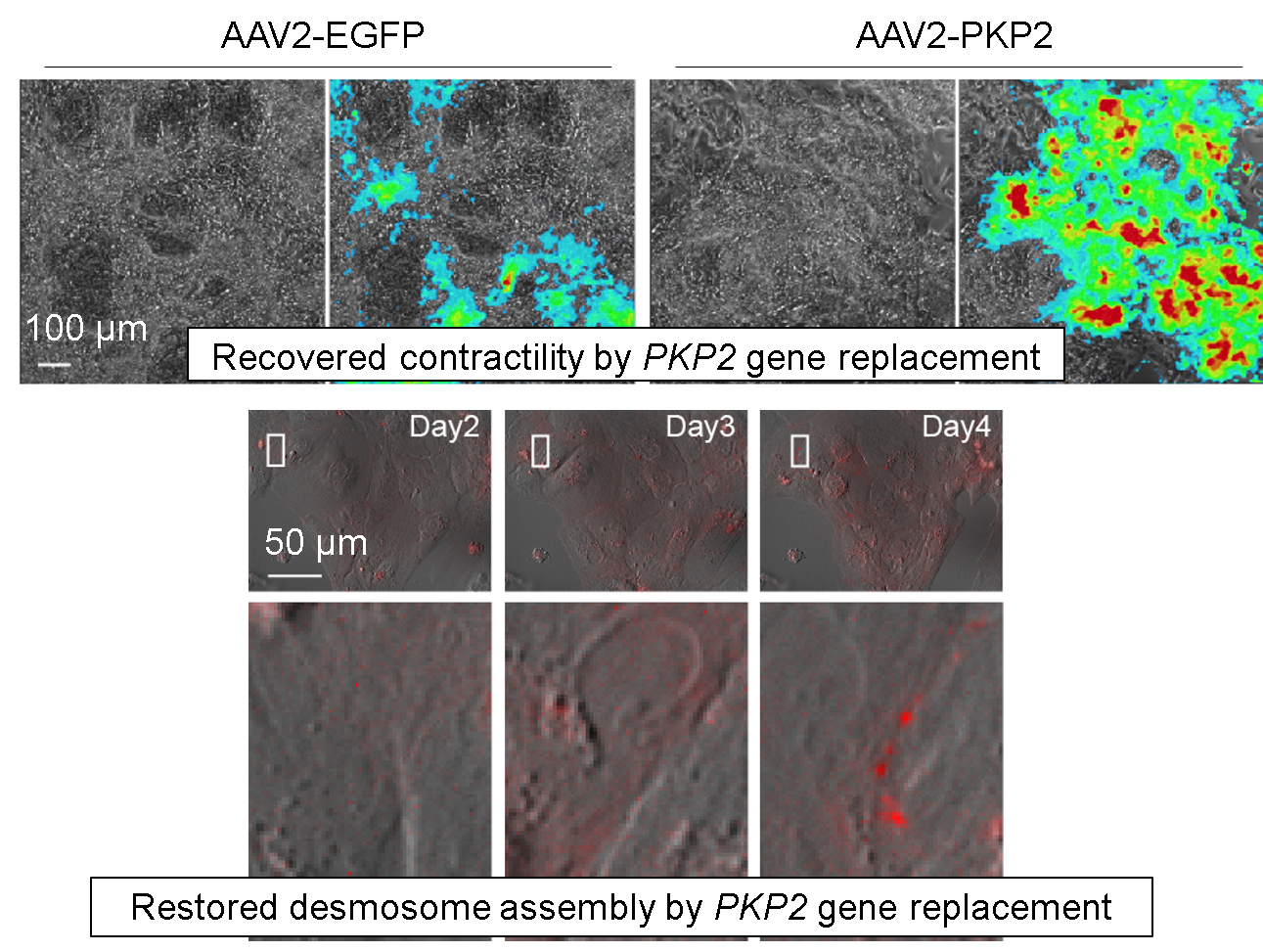