High immunoscores may help some win the battle against cancer

Cancerous tumors are made up of many more components than just malignant cells from the tissue of origin. Immune cells can be recruited to the tumor site and form what is known as the tumor microenvironment. A subset of these are called tumor-infiltrating lymphocytes (TILs). In an article published in Annals of Surgery, a team led by physician researchers at Osaka University determined that the number of TILs present in tumors from esophageal cancer (EC) patients could indicate their likelihood of survival.

Novel EC biomarkers are much needed, as this disease is both one of the top ten most common and most deadly cancers worldwide. EC prognosis is grim for many patients, even with treatment with surgery, radiation, or various chemotherapies. EC is frequently treated with neoadjuvant chemotherapy (NAC), where attempts are made to shrink the tumor before the primary treatment method, like surgery. However, not all EC patients respond to NAC.

Significant progress has been made with anti-cancer immunotherapies, which generally try to reprogram a patient’s immune system to recognize and fight cancer cells. Immune cells called cytotoxic T cells, which are part of the TILs, are particularly good at doing this. Recently, a scoring system, known as the Immunoscore (IS), has been used to quantify the number of TILs present in and around a tumor.

“Because of the importance of TILs in fighting cancer, a patient with a high IS will often have a better outcome,” says lead author of the study Toshiki Noma. “Yet, not much is known about the relationship between IS and survival rates in EC patients.”

To evaluate this, the team used a technique called immunohistochemistry that could help them visualize the TILs within the mixture of other cell types in the tumor. They then utilized an automated cell counting system to provide an IS for each case. They examined tumors from 300 EC patients who did not receive any pre-operative treatment, as well as tumors from 146 EC patients who ultimately received NAC. These were from endoscopic biopsies before NAC was administered.

“We found a significant association between high IS and long-term survival in EC patients,” explains Tomoki Makino, senior author. “Interestingly, this correlation was stronger in patients with later stage disease. Further analysis showed that IS could be used as a prognostic predictive factor in EC.”

The researchers also determined that the TIL evaluation of the endoscopic biopsies could not only help predict patient prognosis, but also their individual response to NAC. This means that EC patients who responded well to NAC tended to have higher levels of TILs.

“In particular, the amount of a protein called CD3 could also be used as a prognostic factor for EC. This is a marker of T cells that is present on their surface,” states Makino.

These fascinating clinical data offer strong evidence that evaluating TIL levels in EC tumors could provide valuable information for a personalized medicine approach that could significantly extend patients’ lives. 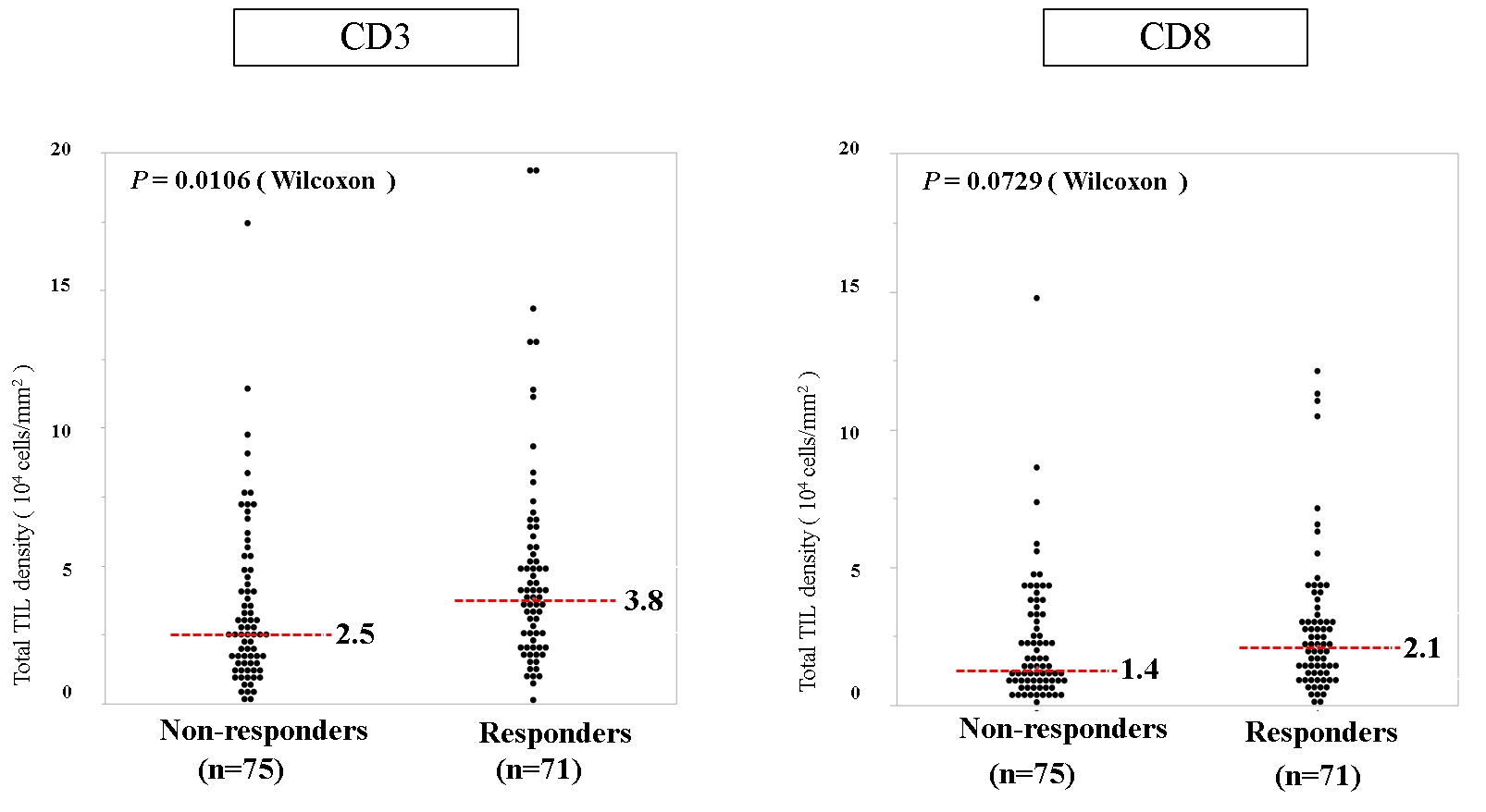 The article, “Immunoscore signatures in surgical specimens and tumor-infiltrating lymphocytes in pretreatment biopsy predict treatment efficacy and survival in esophageal cancer,” was published in Annals of Surgery at DOI: https://doi.org/10.1097/SLA.0000000000005104