A group of researchers from Osaka University and the National Center of Neurology and Psychiatry has found that POGZ (Pogo transposable element derived with ZNF domain) gene is necessary for the development of a healthy brain and that de novo mutations in POGZ impair neuronal development in mouse brains and cause autism spectrum disorder (ASD)-related behavioral abnormalities.

POGZ has been identified as a recurrent de novo mutated gene in patients with neurodevelopmental disorders (NDDs), including ASD. A spontaneous de novo mutation is a new mutation that manifests in a child that neither the parent carries, meaning the mutation is not inherited. It is suggested that mutation in POGZ is a risk factor for developing ASD; however, the role of POGZ in brain development and the biological significance of ASD-associated de novo POGZ mutations in the etiology of ASD are unknown.

In this study, during embryonic neurogenesis from embryonic day 14.5 (E14.5) to E18.5, POGZ was highly expressed in the cortical neural stem cells (NSCs) and intermediate progenitor cells (IPs) in the ventricular and subventricular zones. In a 14-day-old mouse embryo, the neuronal migration was significantly inhibited by POGZ knockdown. POGZ was likely to regulate transcriptional networks that control neuronal differentiation and play an important role in cortical neuronal development. POGZ mutations impaired POGZ function in neuronal development.

Since the excitatory neurons in the cerebral cortex were hyperactivated in POGZWT/Q1038R, the researchers thought that pharmacological inhibition of synaptic transmission could rescue the impaired social interaction typical of POGZWT/Q1038R.

Results of this study suggest that a de novo mutation could be one of the causes of ASD. The results revealed that an altered cellular balance of excitation and inhibition within neural circuitry might cause the social and cognitive deficits and that these abnormalities were pharmacologically treatable even in adulthood. This group’s achievements will lead to the development of ASD drugs that target neuronal development regulated by POGZ.. 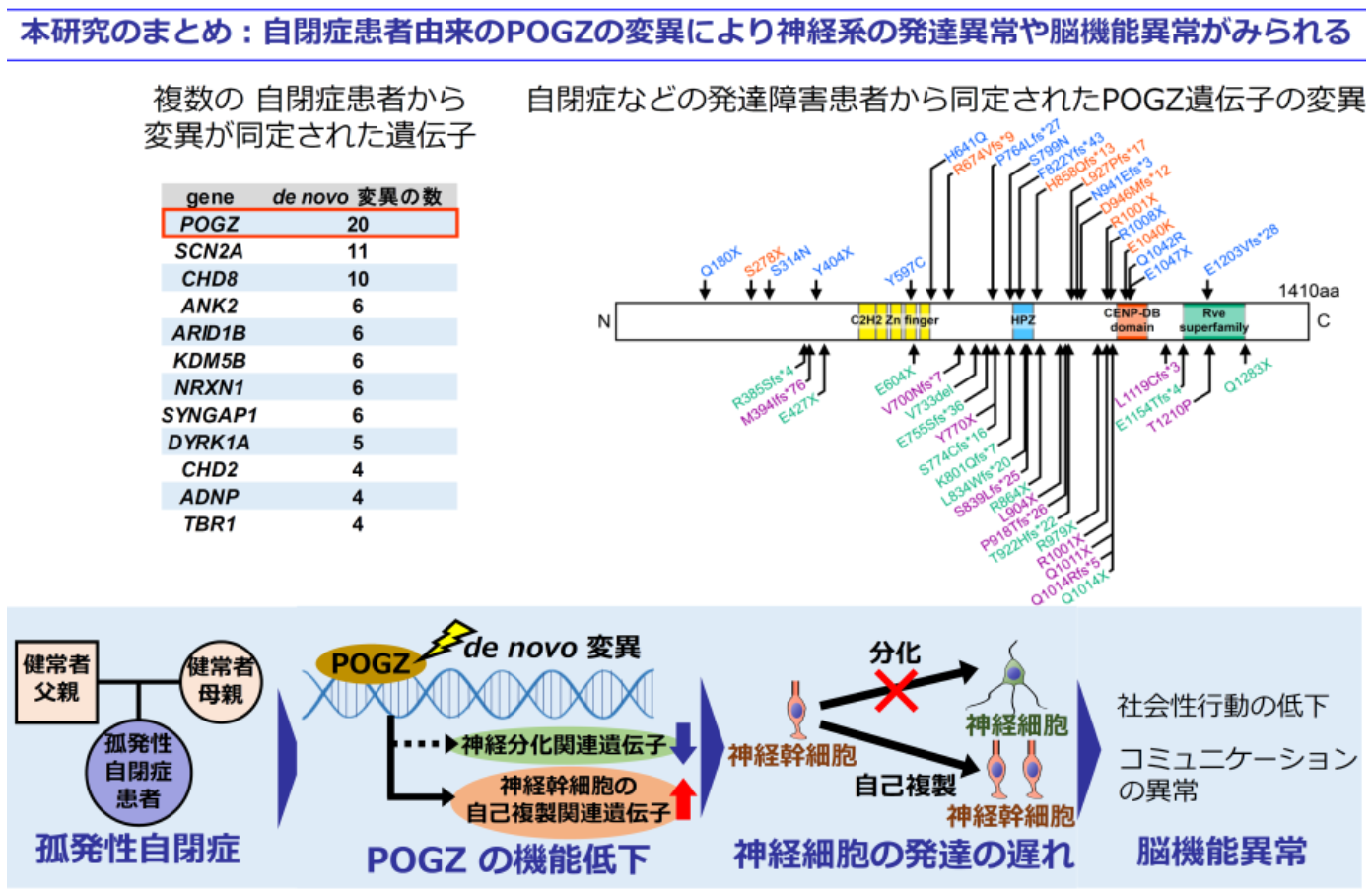 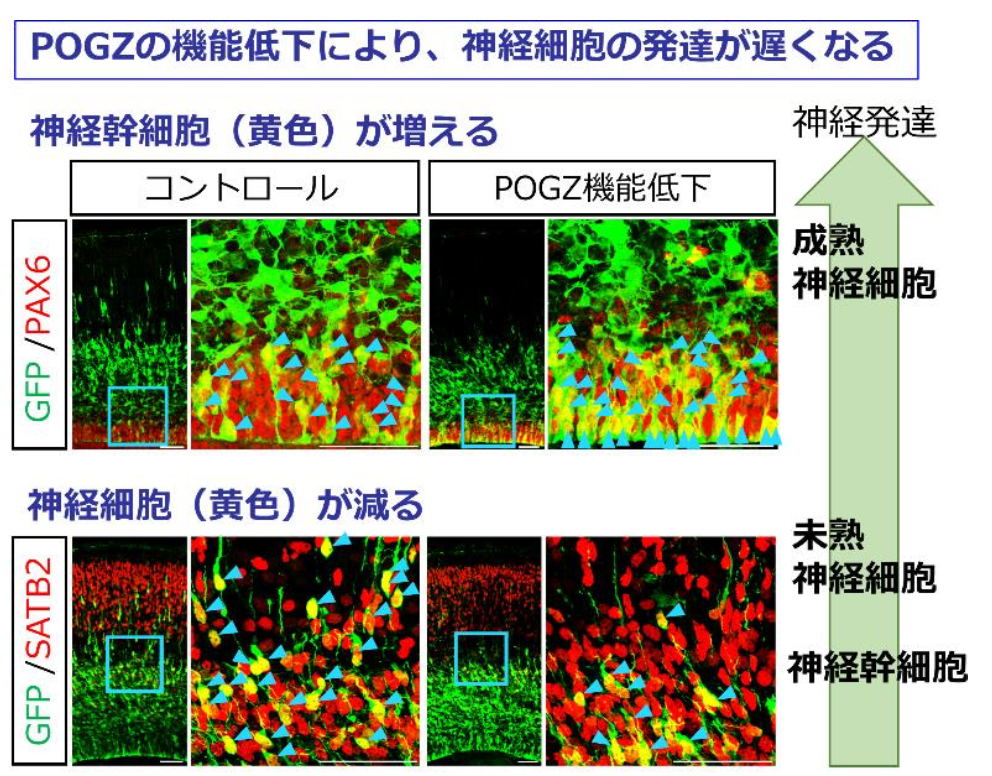 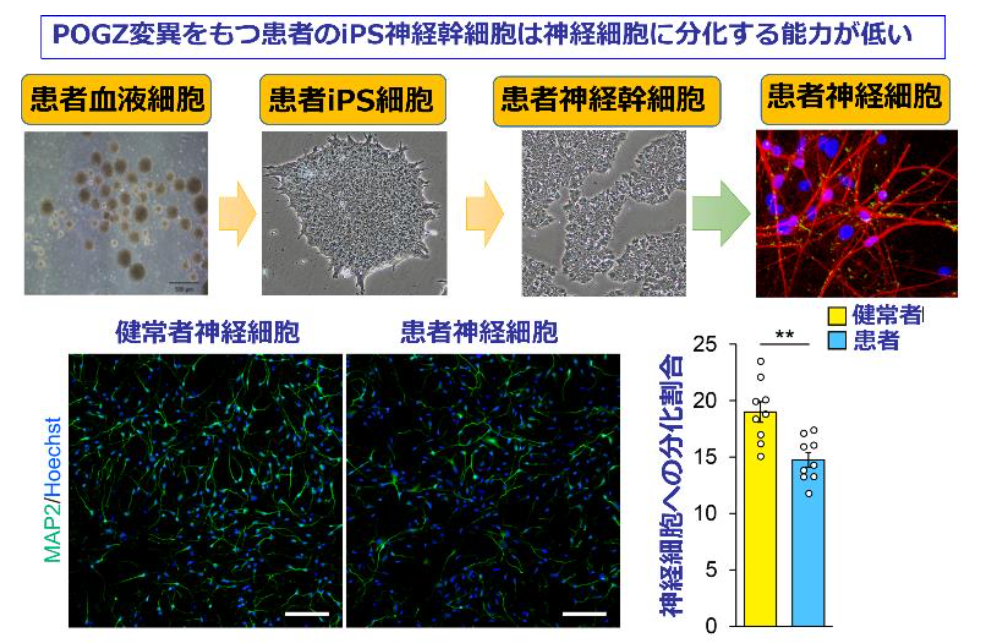 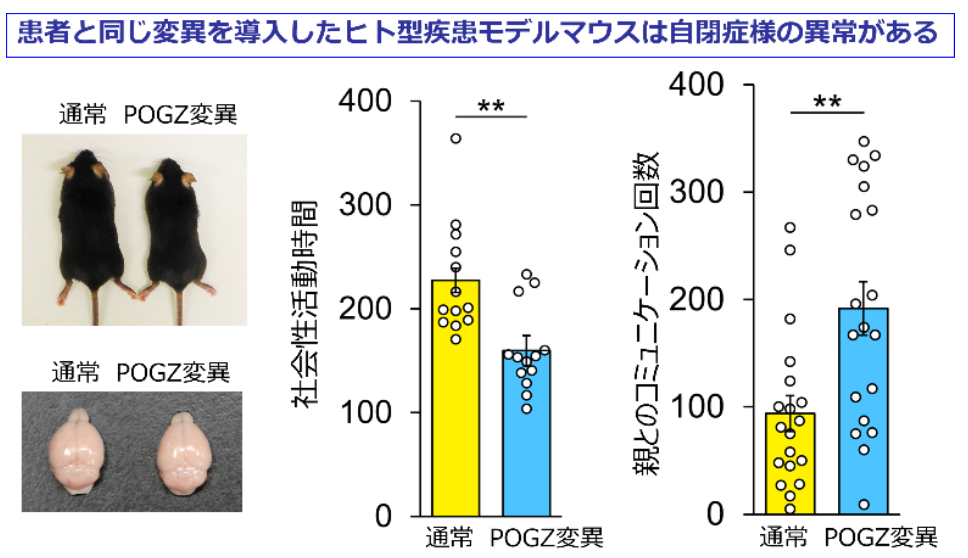