Nucleus with a K-meson and two protons discovered

The atomic nucleus consists of nucleons, which can be protons or neutrons. Mesons bind nucleons to form a nucleus via the nuclear force. Individual mesons, which hold together protons and neutrons in the nucleus, act as "virtual particles" and “real particles” that have their own mass and lifetime. However, it was not known whether the mesons could become real bound particles in a nucleus and constitute a part of an exotic nucleus, along with the typical protons and neutrons.

Hadrons, composite particles held together by a strong interaction, are categorized into quark-antiquark pairs (mesons) and three quark combinations (baryons). A nucleon, the lightest and most stable baryon, can constitute the nucleus. If a meson with an anti-quark forms a bound state that has real particle-like properties in an environment surrounded by nucleons made of quarks (that is, in a nucleus), it means that a novel form of atomic nucleus in which an anti-quark and a quark are bound together would be formed.

Since the kaon (the second-lightest meson which has a strange quark (s-quark), also known as the K-meson) and nucleon are attracted one another via the strong force, the strong interaction force (which binds quarks within a nucleon) can also bind a K-meson and a nucleon together to form a nucleus. The possibility that an excited state of a lambda baryon (Λ(1405)), a lightweight particle, would be a K-p nuclear bound state has been pointed out.

Thus, the international joint research group irradiated a 3 He target with K-meson beams at J-PARC, generating a K-meson–proton nuclear bound state, a system composed of a K-meson and two protons.

Since the binding energy in this state was 50 MeV, which was about 10 times that of the normal binding energy of a nucleus and 10 percent of the mass energy of a K-meson, it is assumed that this bound state is a compact, tightly bound state and that an extremely unique high density nuclear material is spontaneously generated.

In this study, the researchers found that mesons could exist in nuclear matter as real particles and that their binding energy was extremely large. The results of this study will contribute to the clarification of the origin of the mass of nuclei in quantum chromodynamics as well as how matter forms in the core of neutron stars. 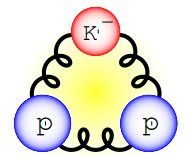 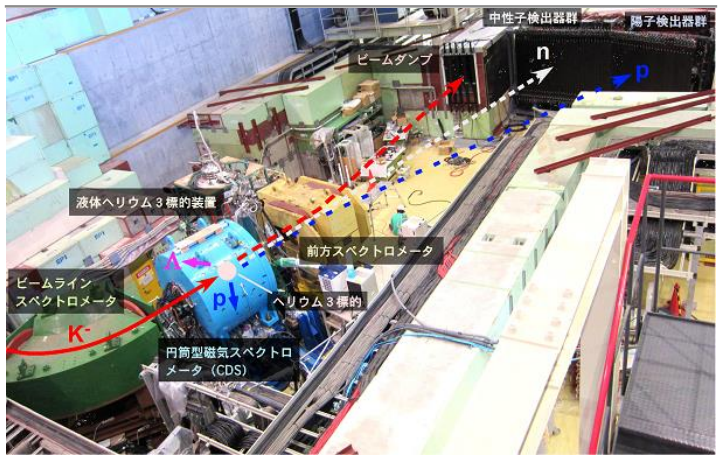 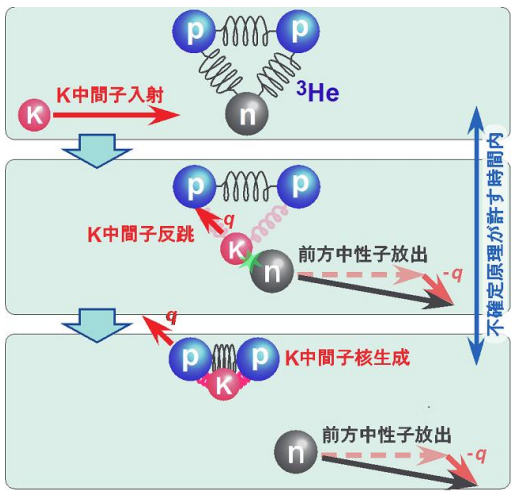 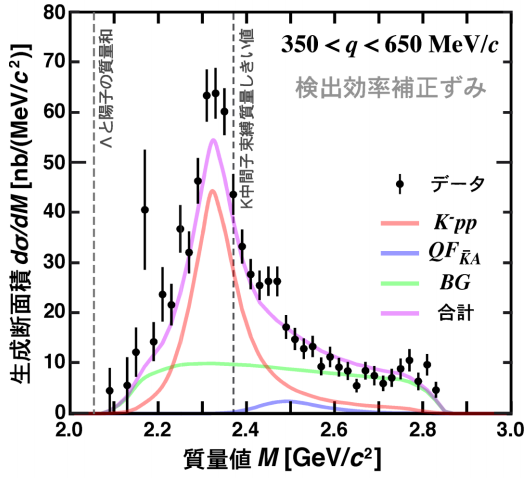