A group of researchers led by Specially Appointed Assistant Professor SHIBA Hayato and former Researcher YAMADA Yasunori at the Institute for Materials Research, Tohoku University, Assistant Professor KAWASAKI Takeshi at the Graduate School of Science, Nagoya University, and Associate Professor KIM Kang at the Graduate School of Engineering Science, Osaka University, discovered that enhanced fluctuations occurred in glass solids aligned on a two-dimensional (2D) plane by the same mechanism as crystallized material through simulation by supercomputers.

Long-range fluctuations show up in 2D systems in crystalline solids with regular atomic arrangement (Mermin–Wagner theorem). Focusing on these sound fluctuations, this group thought that there would be similar dynamics in glass material as well and performed dynamics simulations using supercomputers.

By calculation of classical molecular dynamics of 2D and 3D systems in glass material, this group discovered that characteristic fluctuations were seen in 2 dimensional systems with elastic stiffness and clarified that divergence of amplitude occurred due to overlap of long-scale acoustic waves. As a result, it was found that 2D glass material had fluctuations of infinite amplitude that diverged in the thermodynamic limit, as was the case with 2D crystalline solids. Furthermore, it was also clarified that there are two vibration modes in two-dimensional glass-forming liquids and it was possible to analyze them separately.

This group demonstrated that even in substances with disordered atomic arrangement, low-dimensional electron systems with less stiffness had vibrations with large amplitudes (sound fluctuations), as is the case with crystals, for the first time. Study results of this group propose a previously overlooked property about fluctuations in materials, such as soft matter in which molecular degrees of freedom play an important role, and will contribute to the clarification of properties of glass material in a broad sense.

By using large-scale molecular dynamics simulations, the dynamics of two-dimensional (2D) supercooled liquids turns out to be dependent on the system size, while the size dependence is not pronounced in three-dimensional (3D) systems. It is demonstrated that the strong system-size effect in 2D amorphous systems originates from the enhanced fluctuations at long wavelengths which are similar to those of 2D crystal phonons. This observation is further supported by the frequency dependence of the vibrational density of states, consisting of the Debye approximation in the low-wave-number limit. However, the system-size effect in the intermediate scattering function becomes negligible when the length scale is larger than the vibrational amplitude. This suggests that the finite-size effect in a 2D system is transient and also that the structural relaxation itself is not fundamentally different from that in a 3D system. In fact, the dynamic correlation lengths estimated from the bond-breakage function, which do not suffer from those enhanced fluctuations, are not size dependent in either 2D or 3D systems. 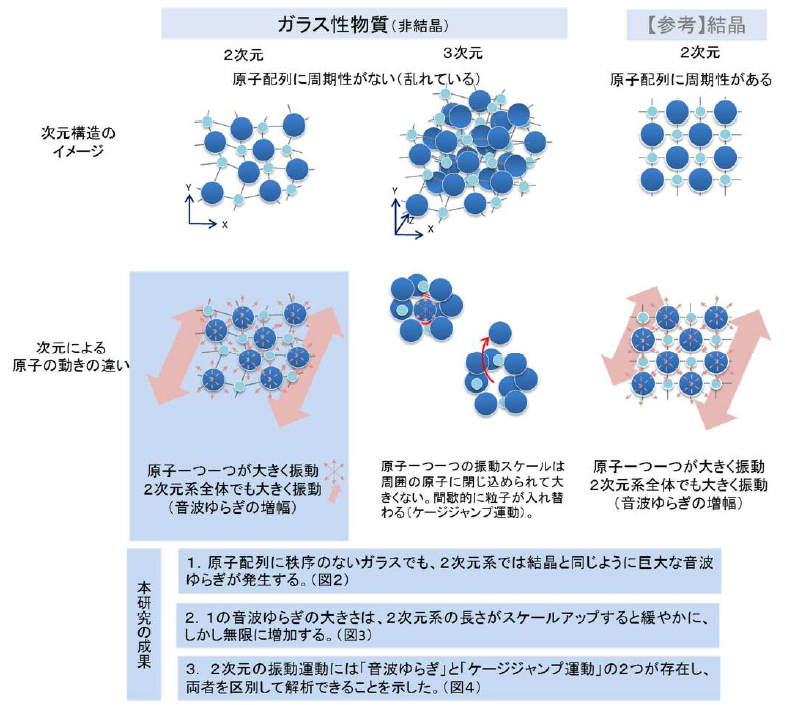 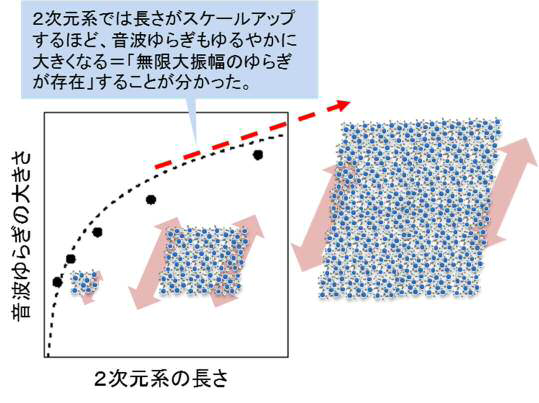 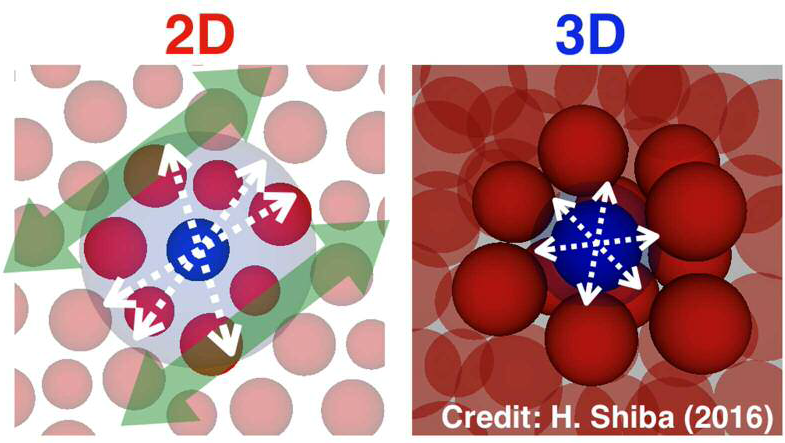