A group of researchers led by Director MINABE Yoshio, Professor KIKUCHI Mitsuru, Postdoctoral Researcher HASEGAWA Chiaki at the Research Center for Child Mental Development, Kanazawa University, together with a group of researchers led by Professor ASADA Minoru at the Graduate School of Engineering, Osaka University, examined brain activities during face-to-face interactions between mothers and their children with autism spectrum disorder (ASD) by using a magnetoencephalography (MEG) system at Kanazawa University.

A custom child-sized magnetoencephalography (MEG) was made in 2008 for measuring children’s brain responses by using a Superconducting Quantum Interference Device (SQUID). This device can measure and analyze children’s neuromagnetic activities without causing damage to their head surface. In 2014, together with Osaka University, Kanazawa University developed a non-invasive MEG recording system, which is capable of simultaneously measuring neuromagnetic activities in both mothers and their children while they are looking at each other in a relaxed state.

This MEG system is capable of directly catching electrical activity of neurons and has excellent temporal resolution (milliseconds) and spatial resolution, so it shows promise for evaluation of brain networks. In addition, this MEG system neither uses radiation nor makes a loud noise, and what's more, it does not require the subject to be put into a narrow space, so it’s helpful in examining brain activities during childhood.

This is the first medical report on research using this device, clarifying the following three points:

During parent-child face-to-face interactions, a large amount of social information is exchanged between the two at an unconscious level. One understands the emotions of the other through his or her facial expressions, and new emotions are produced and presented as facial expression in the former, which affects the latter. In this way, interactive information exchange is conducted continuously.

Please note that this study does not show that parents’ involvement in child-rearing causes ASD. 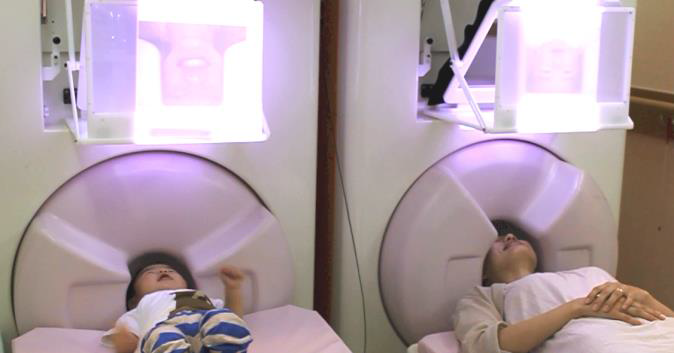 Figure 1 . The special MEG used in this study can detect electrical activities of the brain of an adult and that of a child. (The child in this picture does not suffer from autism spectrum disorder.) 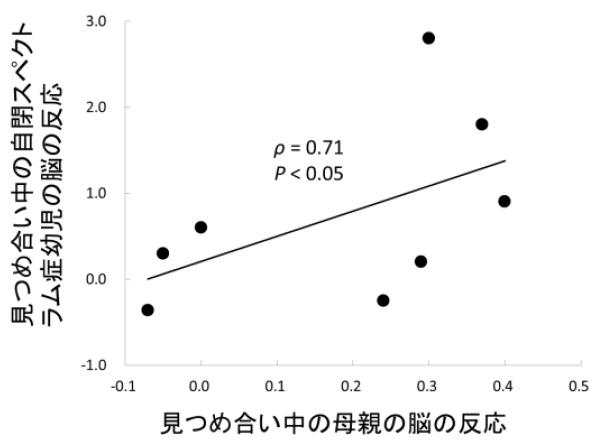