Note regarding the researchers :
Since April 2010, Osaka University has provided all-English degree programs at its International College. This has been done as part of "The Project for Establishing Core Universities for Internationalization" -- also referred to as "Global 30" or "G30" -- sponsored by The Ministry of Education, Culture, Sports, Science and Technology. One of OU's G30 programs is the Chemistry-Biology Combined Major Program ( CBCMP ). Research results achieved by the group noted below were obtained in a graduation research project conducted by students enrolled in the first and second CBCMP. In addition to these two CBCMP students, an American undergraduate student participating in an Osaka University international student exchange program, "Frontier Lab@Osaka U," conducted experiments in cooperation with research institutes in Japan and abroad regarding optical responsivity, a critical point for this group's research.
The students who participated in this education program achieved excellent research results, proof of the high quality of education programs at OU. One might also note that members of this group all come from different countries. Thus, this group's achievement is a rare case demonstrating the achievement possible by a multinational team.

The group of researchers noted below succeeded in developing a technique for the fabrication of nanowires which expand and contract in response to light.

Research into the response of nanostructures to light have been pursued because (1) non-contact operation would be possible based on their optical responsivity, (2) such structures would be capable of converting photon energy into kinetic energy, and (3) such structures could be used as drug delivery systems for transporting pharmaceutical compounds in the body in order to safely achieve a desired therapeutic result.
It is known that the structure of some materials change in response to light and that such changes are accompanied by transformations of color and electric properties. Unlike conventional ionizing radiation, in a particle beam, the energy given to each particle (atom) can be regulated and the scope of the energy can be confined to 10 to 100 nm along the orbital. Making use of these properties, the usage of ion beams has been promoted as a crucial tool in advanced cancer treatment and as a tool for mutagenesis in obtaining useful plant species.

By making use of particle beams, this group constructed nanowires consisting of ultrafine polymer molecules that react to exposure to light. Polymer nanowires that possess various functions can be made through macromolecular reactions (cross-linking reactions) in a cylindrical space a couple of nanometers in diameter along a particle track. It's possible to make uniform nanowires through the simple process of directing irradiation beams at the membranes of polymer molecules and washing them in solution.

This group's achievement demonstrated how nanowires, capable of drastic shape change upon exposure to visible light, could be constructed. This result shows the potential of converting light energy absorbed and converting that energy into motion along the axis of a nanowire without using a special light source such as polarized light. This group's technique will be used in manufacturing light-responsive actuators for mechanical devices, ultra-fine wires for optical electronics, as well as for DNA detection in biological fields.

The preparation of photoresponsive polymer nanowires comprising photochromic azobenzene (Azo) and π-conjugated fluorene (FO) units is reported. Well-defined and uniform nanowires of the copolymer (PFOAzo) were successfully fabricated by the single particle nanofabrication technique after optimizing the FO:Azo ratio and the development conditions. Azo units in the PFOAzo nanowires underwent reversible trans–cis–trans isomerization upon exposure to ultraviolet or visible light, leading to changes in the radius (between ca. 6 and 8 nm) and morphology (straight or wavy) of the nanowires. The oligo (alkylfluorene) units in the backbone are found to profit the crosslinking efficiency upon high-energy ion beam irradiation, and more importantly, provide sufficient flexibility to allow reversible photoswitching. This demonstration of the photoluminescence, semiconducting, and mechanical properties of the PFOAzo nanowires is an important advance in the evolution of electro-mechanical nanomaterials. 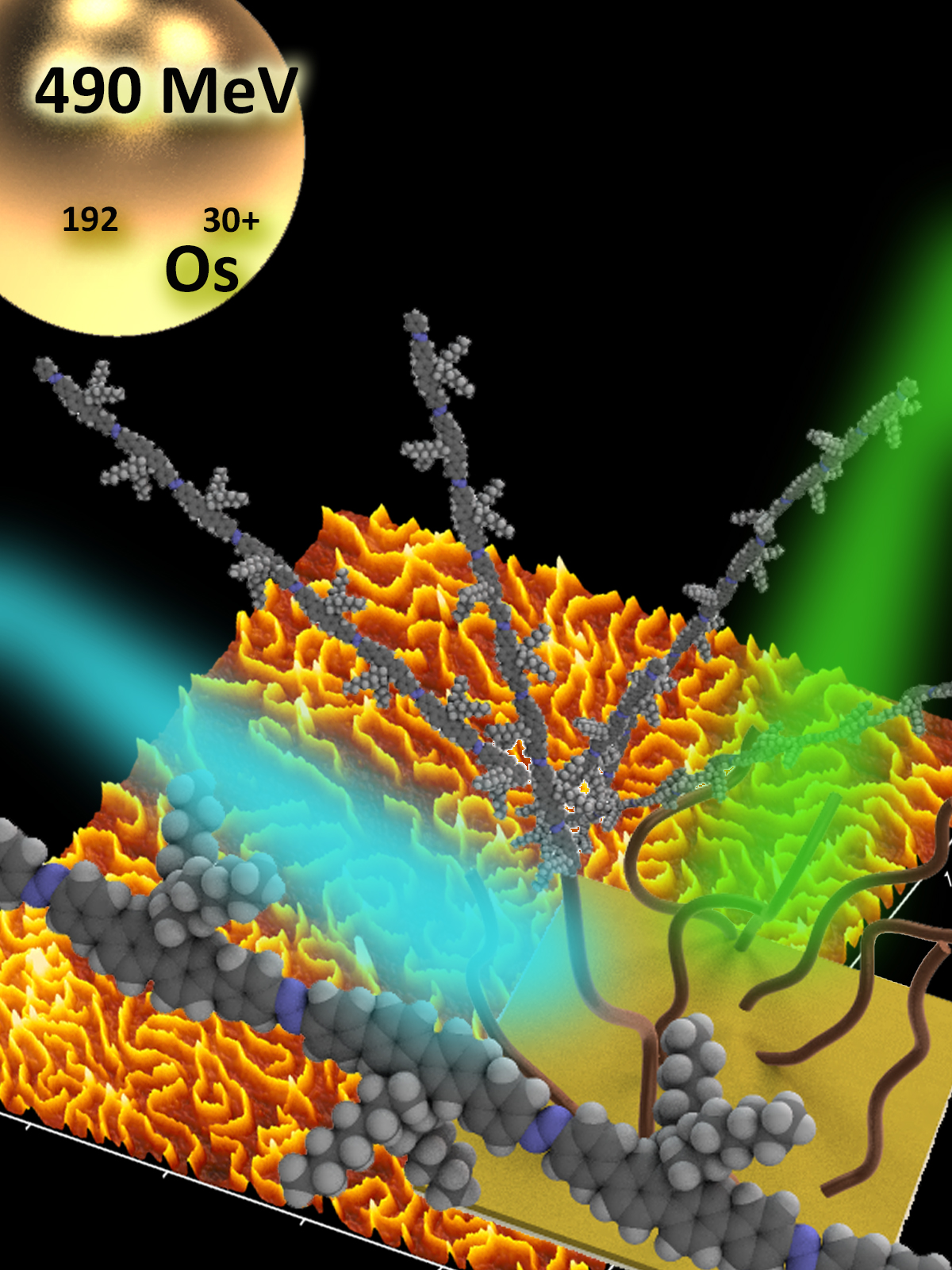 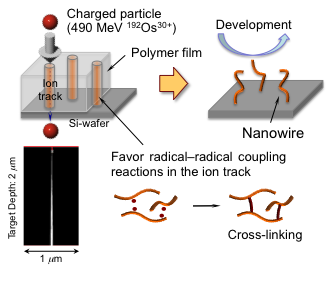 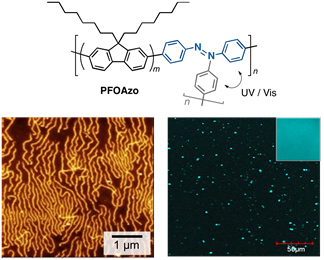 To learn more about this research, please view the full research report entitled " Reversible Control of Radius and Morphology of Fluorene-Azobenzene Copolymer Nanowires by Light Exposure " at this page of the Advanced Materials website.