Researchers from Waseda University, in cooperation with the Laboratory of Advanced Science and Technology for Industry of the University of Hyogo and the Research Center for Nuclear Physics of Osaka University, developed a prototype 3-D position-sensitive Compton camera (3D-PSCC), demonstrating the highest sensitivity in the 1–10 MeV range.

Gamma rays have the smallest wavelengths and act not like a wave, but like a particle. Because 1-10 MeV gamma rays in particular can easily penetrate a collimator and it is impossible to acquire images using photoabsorption within a detector, a technique to view gamma rays of 1-10 MeV has not been established.

Gamma rays strike electrons and lose energy as they pass through a crystal, which is called “Compton scattering.” These collisions create charged particles that can be detected by a sensor. In gamma-ray astronomy, the 1–10 MeV range is one of the most challenging energy bands to observe, but this energy band comprises a substantial number of nuclear gamma-ray lines, which may hold the key to understanding nucleosynthesis.

A Compton camera (gamma ray detector for gamma-ray astronomy) usually consists of a scatterer and an absorber, in whic an incident photon undergoes Compton scattering and photoabsorption, respectively, and is commonly used for identifying the direction of MeV gamma-ray sources.

Compton Telescope (COMPTEL) detector, a huge Compton camera loaded on the Compton Gamma Ray Observatory (CGRO) satellite, demonstrated the highest sensitivity in the 1–10 MeV range. NASA launched the satellite in 1991 to measure gamma-ray lines originating from decay of the radioactive isotopes 26Al and 44Ti. However, because of the camera’s size (2.6 m high at a mass of 1,500 kg), enormous development costs of cameras, and rocket load limit, observation of that range has hit a brick wall.

They obtained sharp peak images of incident gamma rays irradiating with the 1.7 MeV gamma-ray beam and the 3.9 MeV beam from incident angles of 0° and 20° off the axis of the prototype 3D-PSCC. The angular resolution at 1.7 MeV was estimated at 3.4° ± 0.1° and 3.8° ± 0.1° FWHM (Full Width at Half Maximum) for each incident angle.

They also realized a higher intrinsic efficiency in the MeV-energy range than that obtained by COMPTEL. These results were consistent with the Geant4 (GEometry ANd Tracking) simulation, demonstrating that 3D-PSCC had the performance as designed.

Recently, science seems to develop through large-scale, expensive projects namely “Big Science” conducted by groups of scientists and technicians. It was thought that tiny satellites weighing several tens of kilograms (kg) would not make big contributions to essential science due to their small size. However, this lightweight 3D-PSCC, which can be loaded onto small satellites weighing 50 kg, will greatly help astronomical observation of gamma rays. Tiny satellites are poised to make big contributions to essential science. 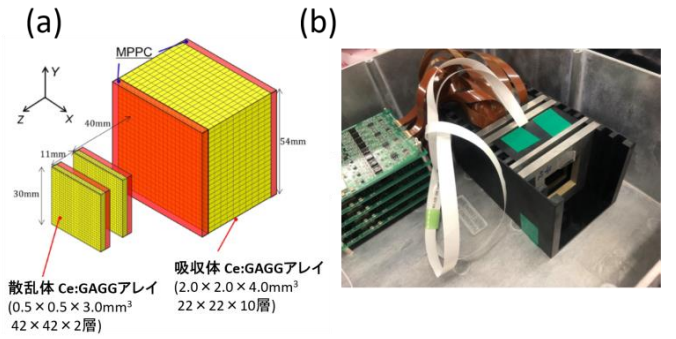 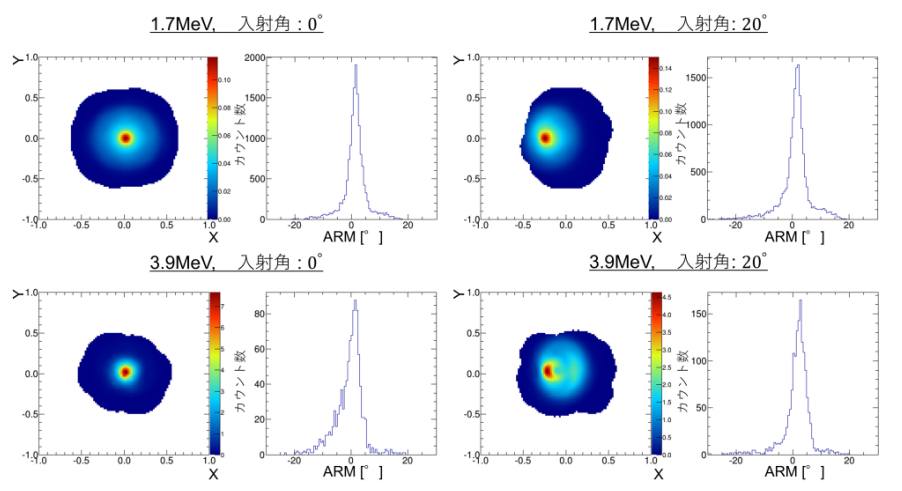 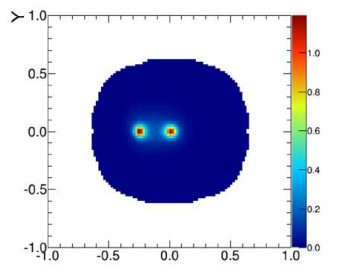 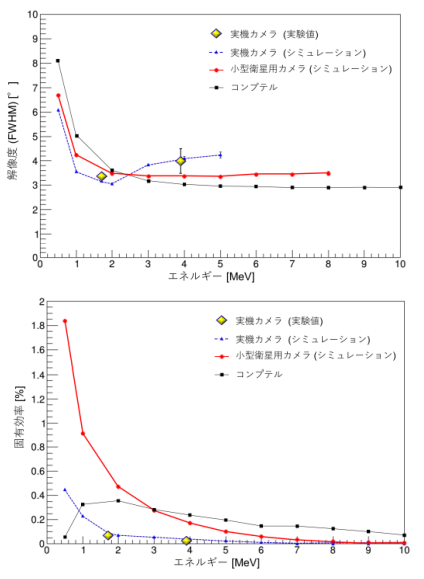 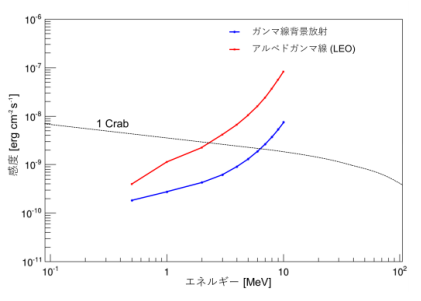 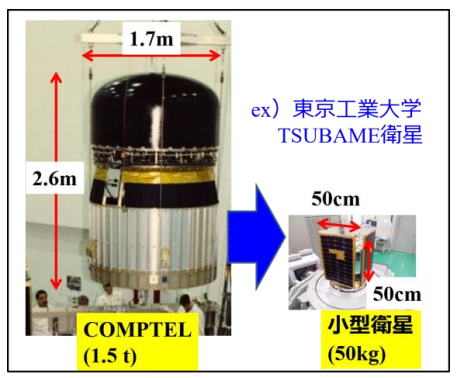 The article, “Development and performance verification of a 3-D position-sensitive Compton camera for imaging MeV gamma rays,” was published in Scientific Reports at DOI: https://doi.org/ 10.1038/s41598-019-54862-z .