A group of researchers from Osaka University, The University of Tokyo, and Murata Manufacturing Co., Ltd. demonstrated that CoFeB/MgO/CoFeB magnetic tunnel junctions (MTJs) directly formed on a flexible polyimide substrate had superior ability equivalent to the CoFeB/MgO-based MTJ fabricated (in the same way) on a thermally oxidized silicon substrate.

In this study, using polyimide substrates, the researchers fabricated devices that could stand up to an annealing temperature of 500℃. The TMR ratio enhanced and reached up to ~ 200% (a three-fold increase of resistance) at an annealing temperature of 450℃, showing that the device on a flexible substrate has the performance of devices formed on a rigid thermally-oxidized Si substrate.

Devices annealed at a high temperature have high thermal tolerance, maintaining device performance under the annealing temperature. In this study, images taken by a scanning transmission electron microscope confirmed the improvement of the crystallization of the CoFeB and MgO layers, which can be an important factor in enhancing the TMR ratio. In experiments, the TMR ratio showed no change during and after a 1000-cycle application of a tensile strain. The newly-developed spin devices demonstrated high strain endurance.

This group’s achievements will lead to the development of spintronics technologies necessary for IoT applications, such as integrated magnetic memory in wearable devices, flexible highly-sensitive magnetic sensors, mechanical sensors using resistance change due to reversible magnetization caused by stretching a substrate, and wearable human motion sensors. 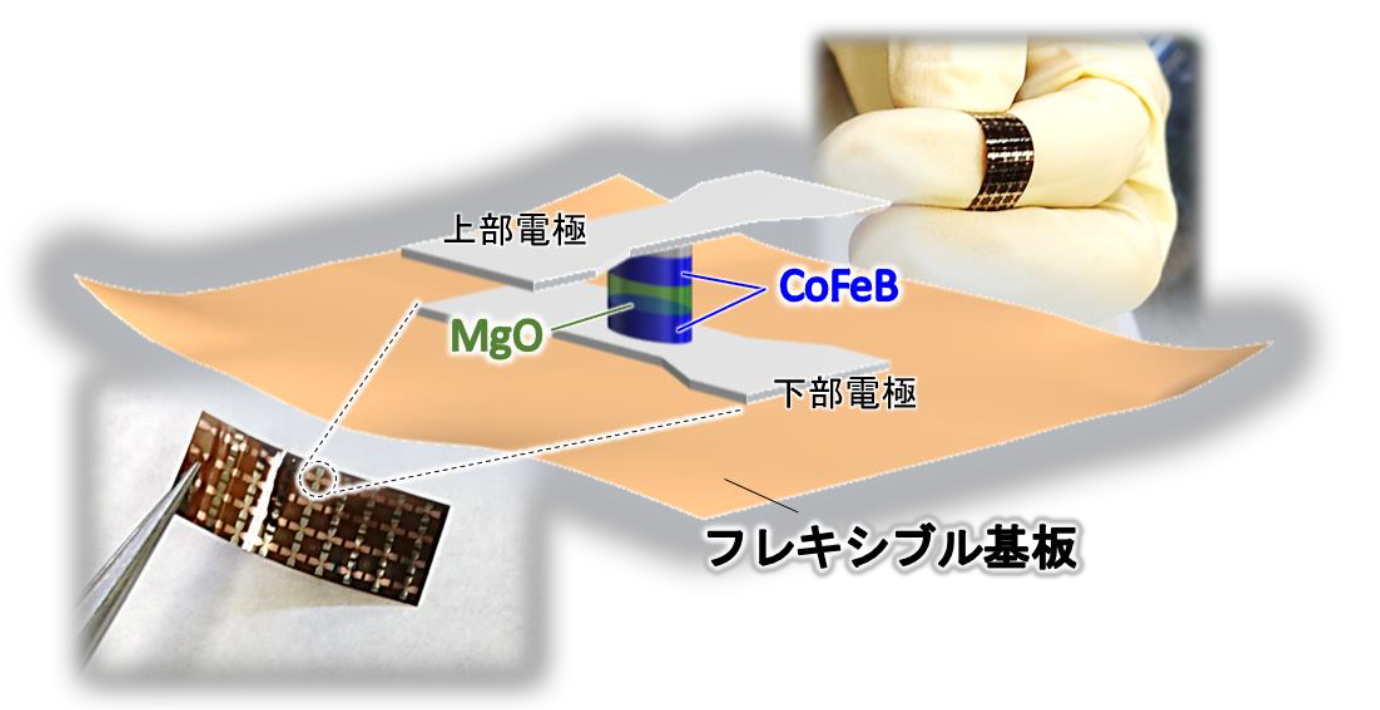 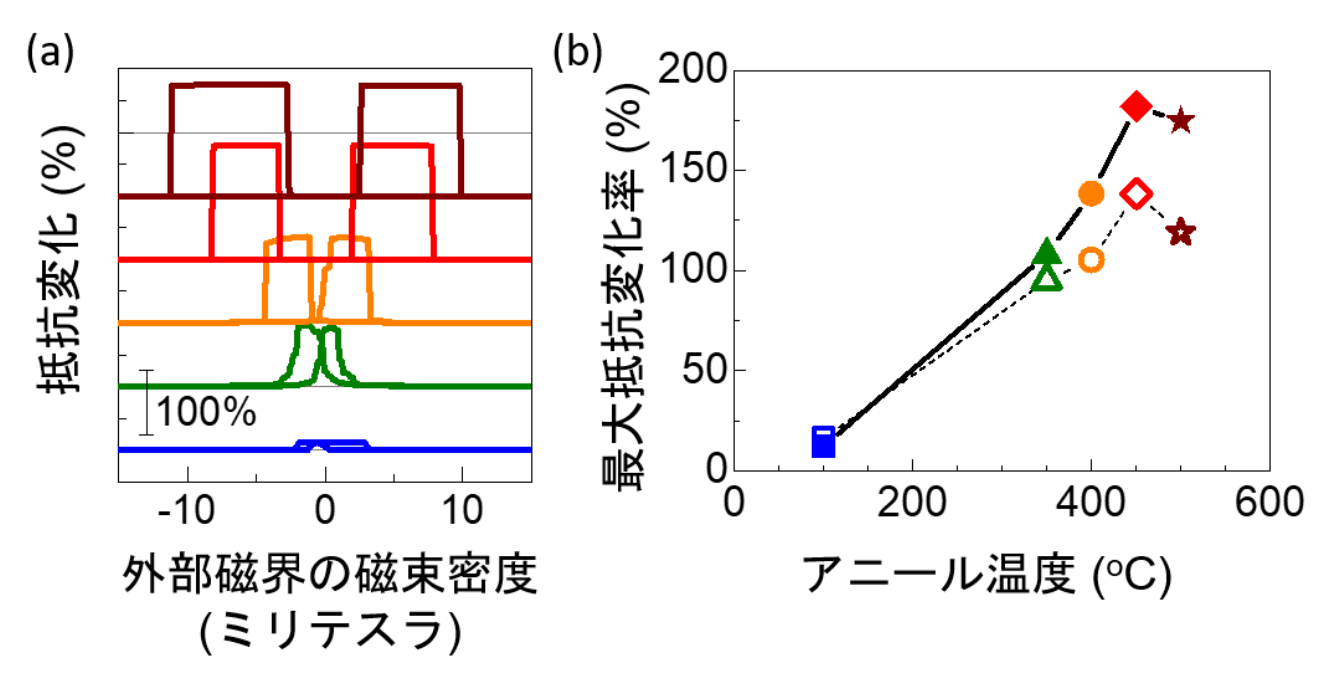 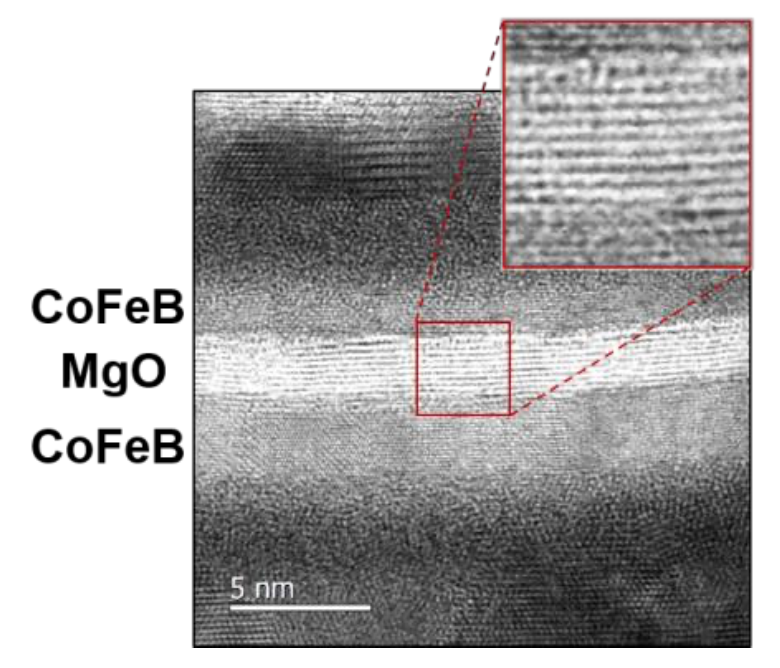 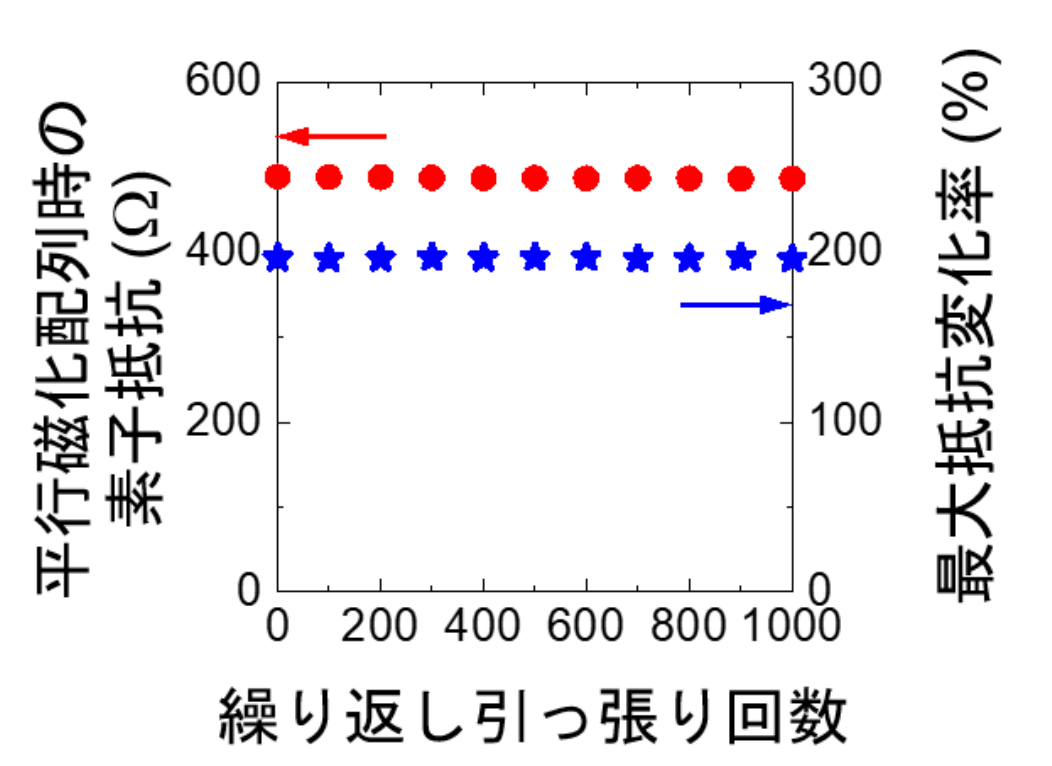