In preparation for an IoT (Internet of Things)-based society where objects and people are interconnected through communication networks, technology to operate small sensor terminals through the use of power generated from micro energy sources in the environment is actively being developed.

The structure of this device is simple and permits mass production using the same manufacturing technology with semiconductor ICs. The device can generate a high power density of more than 10 microwatts per 1cm 2 .

This power generator will enable autonomous operation of sensors and wireless communications utilizing environmental and body heats as energy sources. It is anticipated that this thermoelectric performance will support power technology in an IoT-based society.

Their research results were presented at the 2018 Symposia on VLSI Technology and Circuits which was held from June 18 through June 22 in Hawaii, USA. 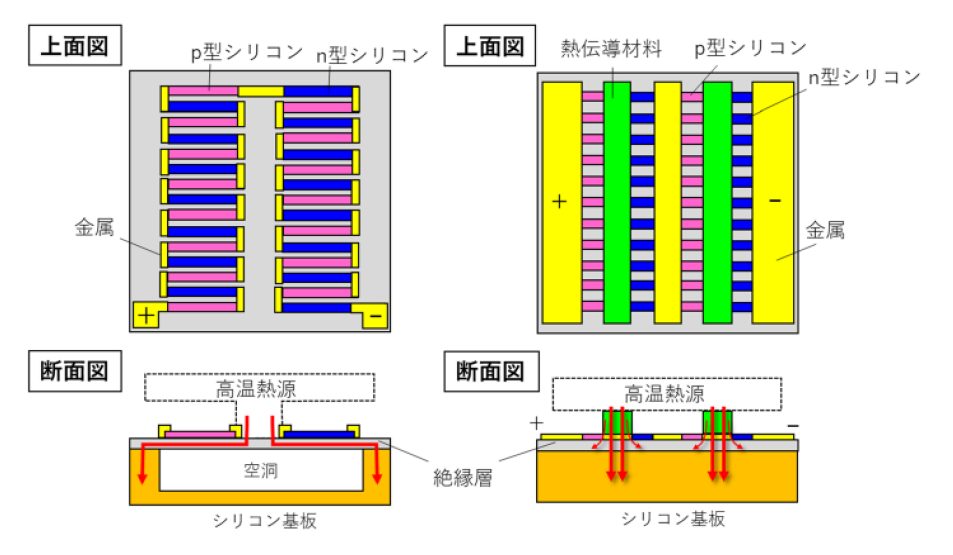