A clue for treating the disease

In the brain of Parkinson's disease patients, aggregation of Lewy bodies, abnormal proteins, is observed, and their main component, α-synuclein (α-syn), is thought to play a key role in the onset of the disease. For this reason, research focusing on the structure and aggregation of α-syn is actively conducted, and approaches to treat this disease by suppressing aggregation of α-syn are being attempted all over the world.

It was thought that α-syn existed as a monomer without a specific secondary structure in solution; however, research was conducted using mainly genetically-engineered proteins expressed in E. coli bacteria. In 2011, research showed that human α-syn might exist as a stable tetramer that resists aggregation.

Whether or not α-syn exists as a stable tetramer in the human body greatly influences the development of a basic remedy for Parkinson’s disease, so it has been drawing attention. In order to settle a dispute about this issue, it was necessary to conduct more reliable structural analysis using not α-syn derived from Escherichia coli (E. coli), but human-derived α-syn.

A group of researchers led by researcher ARAKI Katsuya and Professor MOCHIZUKI Hideki at the Graduate School of Medicine, Osaka University, and Dr. YAGI Naoto at the Japan Synchrotron Radiation Research Institute (JASRI), succeeded in refining α-syn from human red blood cells (RBCs) and analyzing its structure in solution under physiological conditions by the small-angle X-ray solution scattering method at the synchrotron radiation facility SPring-8.

As a result, it was found that α-syn refined from human RBCs existed as a monomer without specific structures. It was also found that the structure of α-syn changed depending on the buffer condition, suggesting that part of the proteins existed as polymers. This raised an issue that special care was necessary in determining buffer conditions in structural analysis of α-syn and its aggregation experiments.

Further studies of the aggregation mechanism for α-syn will lead to the development of a basic remedy for Parkinson’s disease.

α-synuclein (α-syn) is the main component of Lewy bodies, which are neuropathological hallmarks of patients with Parkinson’s disease. As it has been controversial whether human α-syn from erythrocytes exists as a tetramer under physiological conditions, we tried solving this issue by the small-angle X-ray solution scattering method. Under two different conditions (high ionic strength with a Tris buffer and low ionic strength with an ammonium acetate buffer), no evidence was found for the presence of tetramer. When comparing erythrocyte and recombinant α-syn molecules, we found no significant difference of the molecular weight and the secondary structure although the buffer conditions strongly affect the radius of gyration of the protein. The results indicate that, even though a stable tetramer may not be formed, conformation of α-syn depends much on its environment, which may be the reason for its tendency to aggregate in cells. 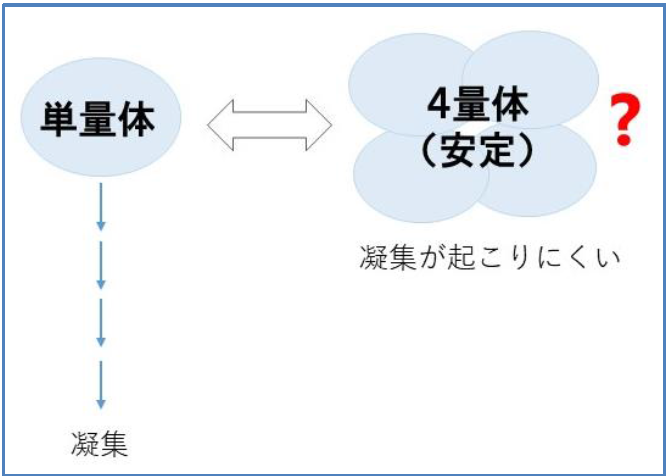 To learn more about this research, please view the full research report entitled “ A small-angle X-ray scattering study of alpha-synucleinfrom human red blood cells ” at this page of the Scientific Reports website.